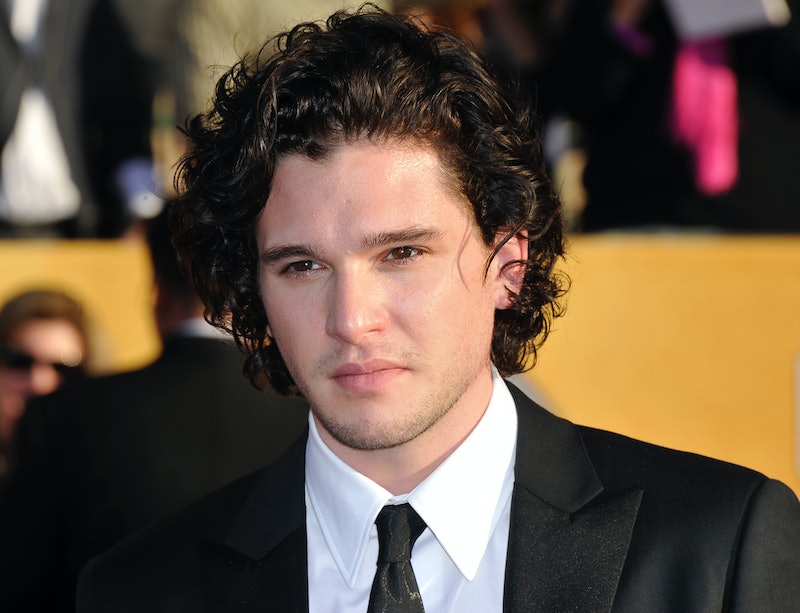 I might come off a little harsh in this, but I assure you I do like Kit Harington. I do. I am a Game of Thrones fan and even more so, a fan of Jon Snow, the role that lead the actor to heartthrob status. But it turns out, Kit Harington finds the attention he gets for his looks "demeaning" and is passionately against his status as a "hunk." Well, Kit Harington, welcome to the world of women in Hollywood.

The actor spoke to Page Six and explained,

To always be put on a pedestal as a hunk is slightly demeaning. It really is and it's in the same way as it is for women. When an actor is seen only for her physical beauty, it can be quite offensive ... Well, it’s not just men that can be inappropriate sexually; women can be as well. I’m in a successful TV show in a kind of leading man way and it can sometimes feel like your art is being put to one side for your sex appeal. And I don’t like that.

It is an unfortunate fact that we still have to lament about sexism in 2015, but sadly, what Harington is talking about is something that women go through constantly when they're famous. He continued, “In this position you get asked a lot, ‘Do you like being a heartthrob? Do you like being a hunk?’ Well, my answer is, ‘That’s not what I got into it for.” Of course not, but I assure you, being asked about being pretty happens way more to women and with much different implications.

Harington being really attractive will likely not impede his career, and instead, help it. Like in the case of Jon Hamm and his, ahem, bulge, Tumblr's will be dedicated to his body part, and people will laugh and blush, but no one will attack him because his sexuality is on full display. Whereas a woman in a comparable situation (a nip slip, perhaps) would more than likely be slammed as a "whore" and/or an "airhead" for fitting into the mold of a beautiful woman "looking for attention," which would give anyone free reign to slam her for owning her physical appearance.

Harington commenting on being asked about being a heartthrob brings to mind the recent #AskHerMore campaign, which the Representation Project created in response to the wildly sexist way that actresses are approached on the red carpet. While men are often asked skillfully devised questions about their film roles or other artistic endeavors, the women's accomplishments are still overwhelmingly whittled down to their manicure and the ever present, "Who are you wearing?" So, pardon me for not being too sensitive about Harington's personal dilemma.

I do, though, commend the actor for standing up and voicing his disdain for objectification, because it shines a light on a bigger picture than just his own problem. Objectification is something that we should all be against and have more awareness about, regardless of gender. While I don't think Harington has it worse than any woman in Hollywood, in the end, he seems to be standing up for both men and women, and that really drives home the point that it's time to make a change.