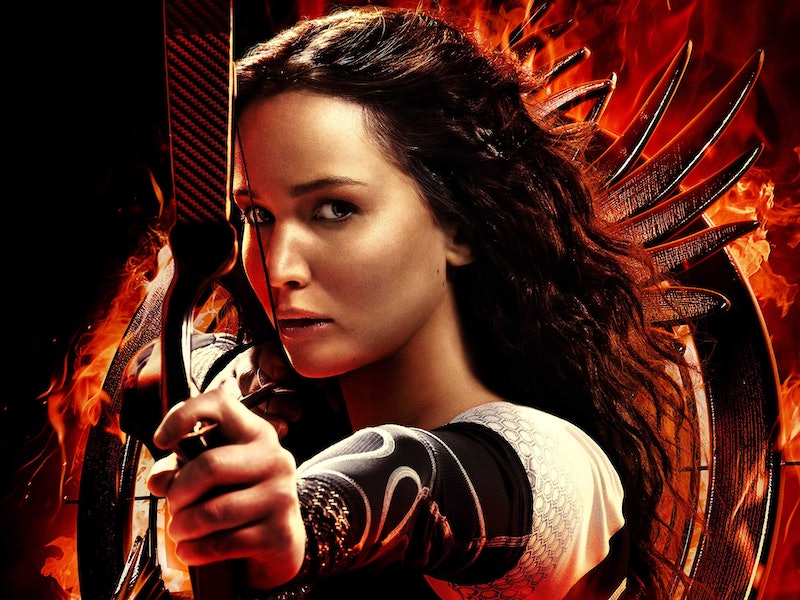 Lionsgate has teamed up with Dubai Parks and Resorts to bring a section of the new Hollywood-themed park "motiongate" containing The Hunger Games rides to park-goers. Lionsgate is the movie studio behind the wildly successful franchise based off of Suzanne Collins' equally successful book series. Think of it as a Universal Studios amusement park for Lionsgate, with the movie studio sponsoring one part of the park. And except for sharks killing humans in Jaws, we have teenagers killing teenagers in The Hunger Games.

Dubai Parks and Resorts isn't the first one to try to bring The Hunger Games attractions to its parks, but we still have yet to see what the actual dystopian book-themed rides will look like. So far, the only Collins series-themed "attraction" in the world has been a tour of props from the movie franchise, called The Hunger Games: The Exhibition. What we do know is that motiongate (yes, lowercase "M") will be just a touch smaller than Disney's Magic Kingdom, at 4 million square feet, and it will house 27 attractions. And according to the press release, the Lionsgate section of the park will contain “state-of-the-art theme park attractions and a retail facility inspired by Lionsgate’s global blockbuster The Hunger Games franchise.”

I'm picturing laser tag, but with bows and arrows, I don't know about you. How is anyone going to pull this off? Can I swim with Finnick? Make bread with Peeta? Be snarky with Johanna Mason? Drink beer with Haymitch? I need more information, motiongate!

There are, of course, other movies in the Lionsgate universe. And those movies, too, will be featured in the park. Most relevant to our collective needs is the Step Up stage show. Can Channing Tatum make a cameo on opening day? I might need to book a flight to Dubai right now. And, um, don't forget that Lionsgate is also behind Divergent. I'm sensing some seriously scary virtual reality rides right there, though there's no word yet on whether that other successful YA franchise will be included in motiongate.

More like this
The First 'Percy Jackson & The Olympians' Teaser Comes With An Ominous Warning
By Grace Wehniainen
Viserys’ Fate On 'House Of The Dragon' Could Differ From The Book In This Surprising Way
By Grace Wehniainen
Read The First Pages Of Emma Rosenblum’s Highly Anticipated Debut, 'Bad Summer People'
By Samantha Leach
What Joyce Carol Oates Knows About Fame
By Erin Somers
Get Even More From Bustle — Sign Up For The Newsletter