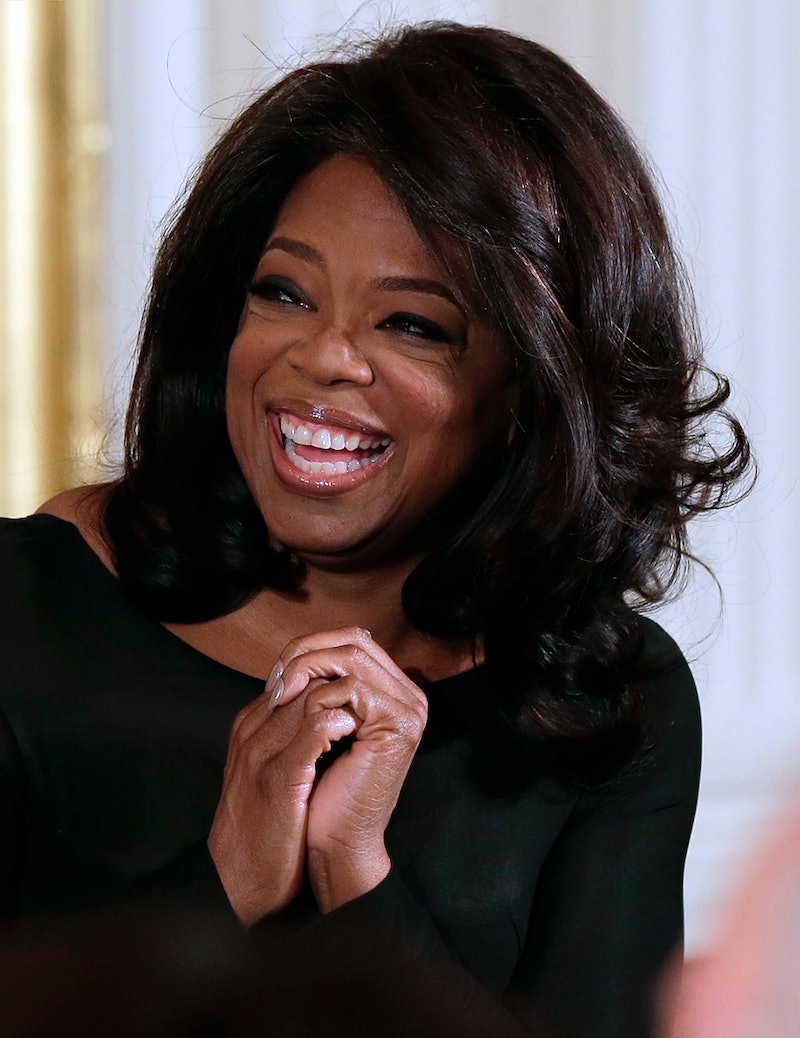 Well, you're totally wrong. Almost half of students don't enroll at their first-choice colleges, for a wide variety of reasons — from not getting in, to not getting enough financial aid, to simply not being that jazzed on the school after visiting. In fact, you can count me among those numbers, and then some. After not getting into my first choice, I decided to attend my second-choice college — until a disastrous overnight visit showed me that it wasn't actually the right place for me to spend the next four years. I attended my third-choice college, had a wonderful experience, and learned that sometimes, our expectations about what life is like at certain colleges have nothing to do with reality.

But perhaps I am not a prestigious enough a personage to reassure you that everything is going to be OK, no matter where you go to college. That's fine — because I am far from the most successful person to have attended a not-super-fancy school. So read about 13 badass people below who didn't attend top tier colleges, and find out why getting into a name-brand school has very little to do with how the rest of your life will play out. Perhaps because schools that aren't at the very top of the totem pole can still provide you with an excellent educational experience? Imagine that.

The one-named star of a one-woman empire, Oprah — North America's only African-American billionaire — earned her bachelor's degree at Tennessee State University. She also held down a radio job while matriculating — the first in a series of broadcast media jobs that would eventually lead her to be nicknamed "the Queen of All Media."

Ground-breaking comedian and Indiana native Letterman wanted to attend Indiana University, but didn't have the grades to get in. Instead, he attended Ball State, and had such a meaningful experience there, he endowed a special telecommunications scholarship for students with average grades, but great creative promise (just like Letterman himself).

An actor, comedian, screenwriter, SNL alum, and patron saint of awkward funny ladies everywhere, Wiig studied fine art at the University of Arizona for a number of years (though she never got enough credits to finish her degree).

Though a lot of people assume that Spielberg, like many of the other great directors of his generation, attended the film school at University of Southern California, in reality, Spielberg was rejected from USC — twice. Spielberg attended Cal State instead, and then began his career as an unpaid intern at Universal Studios after her graduated. USC awarded him an honorary degree in 1994, though — after he had directed some of the top-grossing films of all time.

Contrary to common belief, many presidents didn't attend Ivy League universities, or even particularly well-known colleges — Ronald Reagan, who attended Eureka College in Illinois, is a great example. As is LBJ, the president who succeeded JFK in the turbulent '60s, and launched the government's "Great Society" programs, which created Medicaid and Medicare. Johnson attended Southwest Texas State Teachers College, where taught underprivileged children while earning a teaching degree. He credited that experience with teaching him the importance of making sure that educational opportunities were available to all Americans, a belief that he carried with him when he became president.

Legendary chemist Pauling — one of the first people to do research on the nature of the chemical bond — won both the Nobel Prize in Chemistry in 1954 and the Nobel Peace Prize in 1962. He also left high school a few credits short of graduating in order to begin taking classes at Oregon State. In his years at OSU, Pauling was first exposed to the ideas about quantum mechanics that would lead to his most important work.

Gordon is the New York Times-bestselling author of Girl In A Band, a founding member of Sonic Youth, and an acclaimed visual artist and fashion designer. But before she did any of that, she attended multiple colleges as an undergrad, including LA's Otis College of Art and Design, and Toronto's York College.

Brokaw, who hosted the NBC Nightly News for 20 years, becoming one of the best-known news anchors in television history in the process, was rejected from Harvard as a high school senior. He then went to the University of Iowa, but ended up dropping out because he partied too much. He eventually got his B.A. in political science from the University of South Dakota, when he was 24.

Pulitzer-winning poet Dove is one of the most famous names in modern American poetry, as well as the first African-American U.S. poet laureate in history. She got her B.A. at Ohio's Miami University, which she later followed up with a Fulbright Scholarship, and an M.F.A. from the Iowa Writer's Workshop at the University of Iowa.

Pulitzer-winning playwright Shephard, who penned classics of modern American theater like True West and Buried Child (and is also an Academy Award-nominated actor) spent a few semesters at junior college studying agriculture, with the intention of becoming a veterinarian, before leaving to join a theater company.

Former Speaker of the House and current House Minority Leader Pelosi attended Trinity Washington University (then called Trinity College) in Washington D.C. Pelosi launched her career with political internships, and worked her way up through positions in local government.

The author of the mega-selling The Joy Luck Club — which became a cultural sensation immediately upon publication in 1989 — as well as several other bestselling volumes, Tan got her bachelor's and master's degree from San Jose State, where she studied English and linguistics.

A lot of people think that Ivy Leaguers are the only people who make comedy TV shows, but iconic comedy TV showrunner Harmon — who created the acclaimed comedies Community and Rick and Morty, and co-created The Sarah Silverman Program — dropped out of Wisconsin's Marquette University. He later attended California's Glendale Community College, an experience which inspired him to create the sitcom Community, which is now in its sixth season.

In fact, in a 2010 speech at Glendale, Harmon urged current students there to "not so intensely focus on what you maybe think you should be doing, and focus a little more on what you would do it if you could do anything you wanted" — which might be good advice for everyone who feels bad about not getting into their first-choice school.

More like this
TikTok Has A Genius Old School Hack For Saving Money
By Sophie McEvoy
These Artists Are Reimagining Black History Month To Create A Better Future
By Katie Mitchell
25 Inspiring Quotes From Black Women To Celebrate Black History Month
By Kyli Rodriguez-Cayro and JR Thorpe
19 Instagram Captions For Celebrating Black History Month
By Ayana Lage
Get Even More From Bustle — Sign Up For The Newsletter
From hair trends to relationship advice, our daily newsletter has everything you need to sound like a person who’s on TikTok, even if you aren’t.