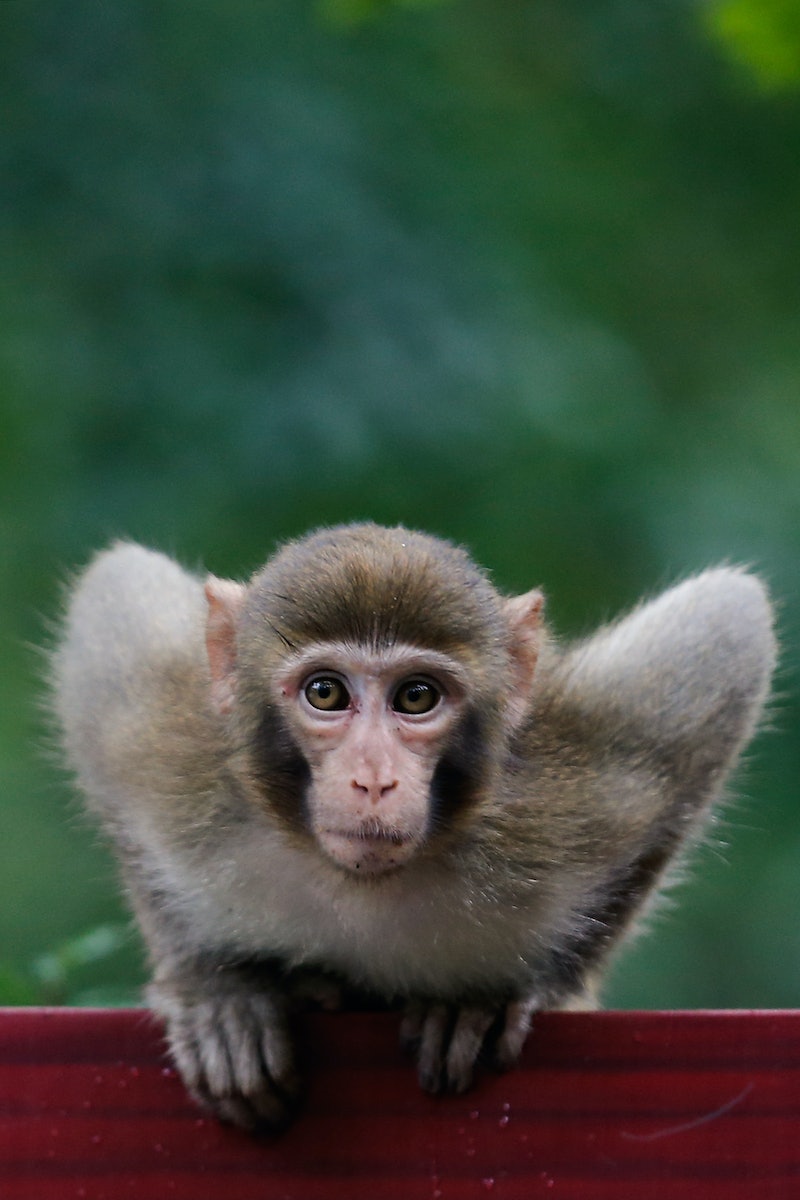 Animals can do some amazing things, from flying to deep sea diving to taking selfies — and it turns out that they can even be heroes. Take, for instance, this monkey in India that saved his friend after he got electrocuted. Hooray for monkey superheroes!

In a video taken last December that is going viral now, we see a monkey at a train station in Kanpur who has been electrocuted by the high tension wires hanging above. But never fear — a fellow monkey friend swoops in to save the day. The second monkey pulls his friend off the tracks and tries to revive him by shaking him awake, even dropping him in water. And lo and behold! Even though you'd think being electrocuted would be too much for a tiny primate, thanks to his friend's determination, he bounces back and pulls through.

In other words, it's a good day for friendship, heroism, and the animal kingdom in general.

It's not every day that you get to see someone risking their life to save a friend — nor is it every day that we get to watch someone get snatched from the jaws of death at the last second. I guess it just goes to show heroes come in all shapes and sizes — and species.

Here are some heroic lessons we can learn from these two monkeys. Scroll down to watch the full video.

Even when it seemed hopeless, the monkey didn't stop trying to save his friend, keeping at it for a full 20 minutes until finally his companion came back to the world of the living.

2. Friendship Is the Best

Even among monkeys, the bonds of friendship can get you through anything. Even being electrocuted. Which brings us to...

3. Stay Away From Electricity

If a monkey can leap heroically into action in the face of crisis, so can you!