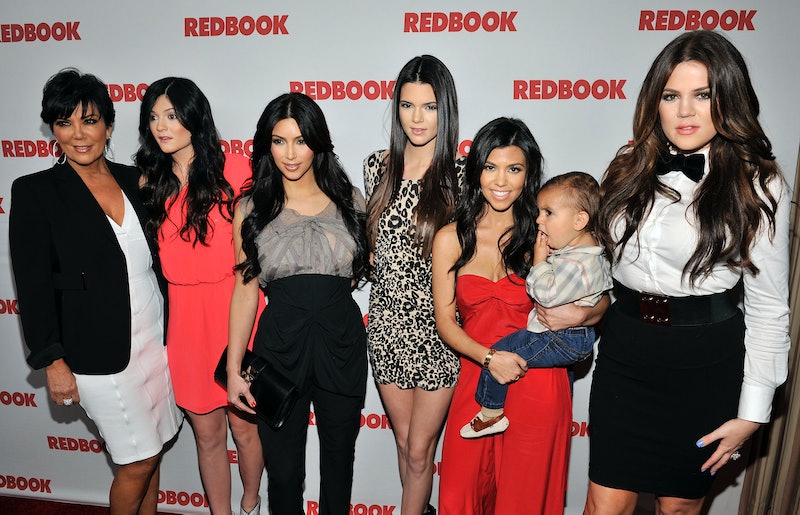 It's a franchise you just can't stop — the Kardashians keep plotting more and more ways to take over the world, and we are helpless to stop them. And now they're spreading their influence past just the family and into their business: E! has announced a new Keeping Up With The Kardashians spinoff called Dash Dolls , which will be the first of the Kardashian shows not starring members of the famous Jenner-Kardashian clan. And though at this point it's getting harder and harder to keep up with the family — there's so much going on — there are definitely still other KUWTK spinoffs we yearn for.

According to E!'s press release on the new show, the series will follow "young, fun, and hot employees [of the Kardashian DASH boutiques] as they navigate the hectic life of a twenty-something in Hollywood while representing the Kardashian brand. This new generation of boutique girls takes on the glamorous lifestyle that comes with managing one of today's most recognizable franchises, owned by three famous and often demanding bosses, while juggling romances, parties, family drama and other career aspirations."

The new series will air in the fall. And while that's all well and good — I'm sure they'll find tons of dishy drama with the ladies they hire for this show — I can't help but daydream of the other Kardashian TV possibilities that lie out there, just out of reach (though some are more likely than others).

Like a mix of Pimp My Ride, Queer Eye For the Straight Guy, and What Not To Wear — but with Scott Disick and Kylie Jenner making decisions to model participating guests' lives after their personal taste in the world. (It's entirely possible that most of these lives will wind up in shambles by the end of the hour.) There will probably be capes and Lordly declarations — maybe even solid gold helicopters! Also, Kylie will teach us once and for all how she so perfectly achieves those full lips with makeup.

At this point I am very intimately acquainted with the habits and antics of the eldest Kardashian siblings. But Kendall and Kylie Jenner are both working their butts off right now to claim their own spots in the Kardashian-Jenner legacy, and Keeping Up With the Kardashians doesn't show nearly enough of that. I completely understand if Kendall doesn't want her reality TV lineage to taint her high-fashion modeling career and/or if she and Kylie would like to keep even some semblance of their lives offscreen — but they've gotta know that after infinity Khloe & Kourtney and Kourtney & Kim spinoffs, the door is wide open for once centered on them, and it could bring in a whole new young teen audience for the fam.

Alternatively, I would pay big money to get Cara Delevingne a TV show. Since she and Kendall seem to be close lately, so why not some sort of travel show in which the two models whisk us away to photoshoots and various model parties?

This would be exactly what it sounds like: North West reviewing children's films from this year to yesteryear. With Kanye West as a dad, she obviously already knows how to critique things perfectly.