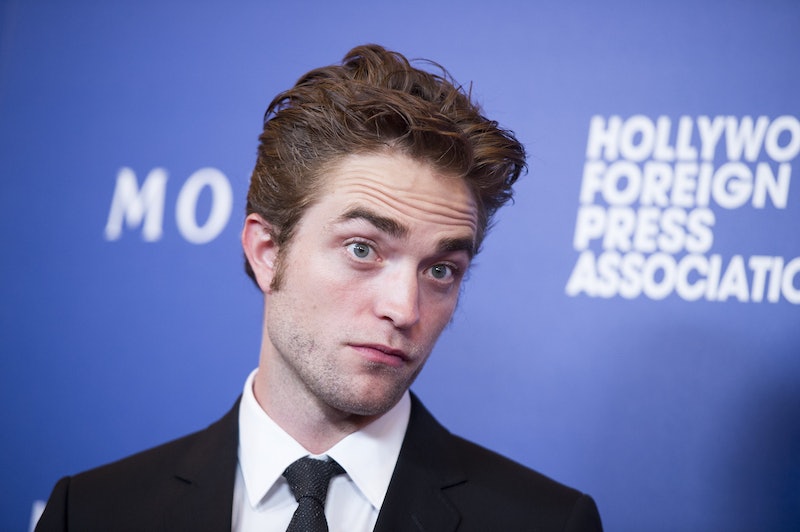 Did you hear the big news that may or may not be true? According rapper T-Pain in an interview with Vulture, Robert Pattinson and FKA Twigs are engaged. Forget about those alleged promise rings the two exchanged, because the actor and musician might already be moving into more serious territory. That's right, it appears the two are taking things to the next level and are ready to say "I do." So, if their supposed engagement is true, how did Robert Pattinson proposed to FKA Twigs? Or did FKA Twigs propose to him? Did they do it at the same time? Who knows!

(Update: T-Pain wrote on his Instagram account Wednesday afternoon: "Added a little #AprilFools to my interview with Vulture Magazine today. Check it out!!!!" along with a cartoon image of wedding rings.)

There are so many different ways this reported engagement could've happened. Do you think R. Pattz got down on one knee? Do you think FKA Twigs sang a song? Whatever the case, I truly believe that the two found inspiration from Twilight 's Bella Swan and Edward Cullen. Right? Who else agrees?

Even though Pattinson and FKA Twigs aren't vampires (or so we think), it appears the two are in love just like Bella and Edward. Plus, seeing as Pattinson brought the beloved Edward (that is, if you were #TeamEdward and not #TeamJacob) to life, he probably wanted to incorporate that somehow into the engagement. And if FKA Twigs is a Twilight fan, she might have also found inspiration from the books and movies to make their (possible) big news that much more special.

So, here's how their engagement probably went down and how they celebrated.

They Opened Their Hearts & Told All Of Their Secrets

Just like when Edward told Bella he was a vampire and had a family of vamps, you know Pattinson and FKA Twigs confessed all of their feelings and secrets during the special moment.

They Ran Through The Forest Jumping For Joy

Duh. Isn't that how you would celebrate?

The Cooked A Feast Afterwards

Whether it was a nicely arranged veggie plate, an apple, or something a bit heavier (no, not blood), they probably prepared a delicious feast to enjoy.

They Celebrated With Their Families

You know they all probably played an intense game of baseball, right?

And you know FKA Twigs was over the moon about it.

They Decided It Was Best Kept Secret

Similar to how Bella and Edward kept a lot of things secret, Pattinson and FKA Twigs might want to keep their engagement quiet. However, it looks like T-Pain spoiled that news, so they might have to take drastic measures — Cullens style.

FKA Twigs Played Him A Song

Yep, they're totally Edward and Bella.