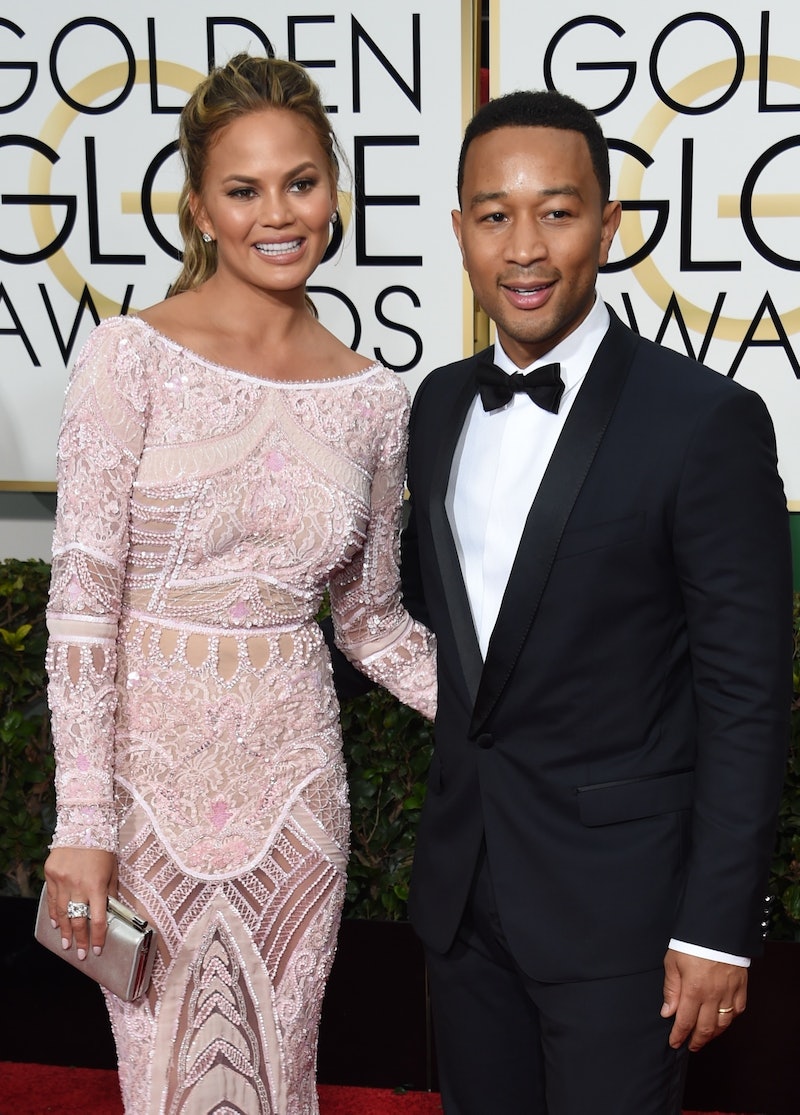 If you know anything about John Legend or Chrissy Teigen, you know that they really, truly love their pets. So much so, that it should seem like a natural progression that two of their beloved dogs are getting into show business, just like their people parents. You see, the altruistic John Legend had his and wife Chrissy Teigen's dogs help him make a video for charity: The skit is a family affair that includes a very confused (and later elated) Teigen walking in on their puppies tying the knot as Legend serenades them with that ever-amazing voice of his.

E! Online explains that, "The video was created with Omaze to promote John and wife Chrissy Teigen's newest charitable initiative: Fans can make a donation towards the rebuilding of a high school auditorium in Springfield, Ohio. Even better, every person who donates will be entered to win a private performance from John Legend himself at a party of their choosing." I don't know about you, but that sounds like a pretty good deal to me.

While the video below is all sorts of sweet, hilarious, and quirky, it shouldn't really surprise you — if you follow Teigen on Instagram you know that it was just a matter of time before those photogenic pups demanded that it was their time to shine.

As proof of their diva-like demeanors, here are some the cutest, sassiest pictures and videos of the Legend dogs from Teigen's Instagram that show stardom has always been in the cards:

For instance, this close up

Then, there's this no makeup selfie

And this au naturale candid

Though, some are just born knowing how to work the camera

It helps when your people parents are Chrissy Teigen and John Legend, I guess.

And OK, they know the focus can't always be on them — but that doesn't mean they have to be happy about it

More like this
Looks Like She Made It
By Lindsay Zoladz, Beau Grealy and Tiffany Reid
Snoop Dogg & Michelle Pfeiffer Lead Moving Tributes To Coolio
By El Hunt
Chrissy Teigen Reveals Her Miscarriage Was An Abortion That Saved Her Life
By Radhika Menon
Dixie D’Amelio & Noah Beck “Love Each Other” Despite Breakup Rumors
By Julia Emmanuele, Jordyn Tilchen and Grace Wehniainen
Get Even More From Bustle — Sign Up For The Newsletter