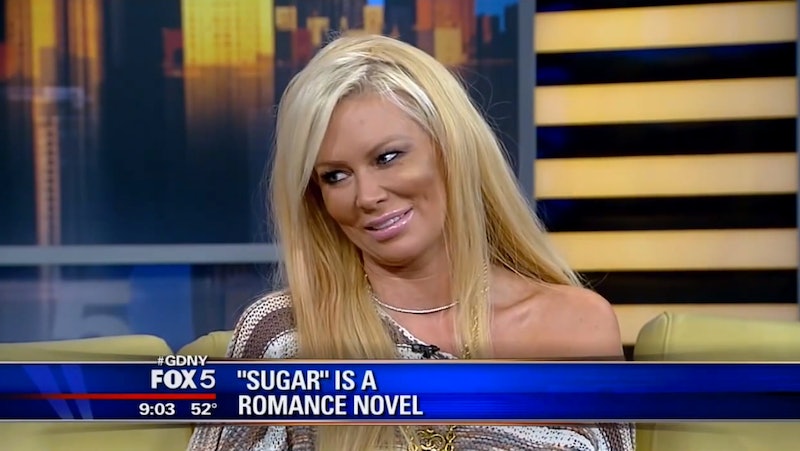 There are so many things that are just wrong with this clip, I don't even know where to start. Firstly, from the get-go, Jenna Jameson does not appear to be all there during this Good Day New York interview to promote her new book, Sugar. Not only can she barely open her plastic-surgeon-designed eyes, but when she speaks, she just slurs more than Ozzy Osbourne on a bad day. I understand that there are other things to be considered when running a major morning news show in a city like NYC, but seriously, no one, not even the anchors, realized that Jameson was in no condition to go on television?

If they just wanted this clip to go viral, that would be taking advantage of a clearly troubled woman, which is worse — so what the hell was going on here?

This isn't the point of the video, but it's still worth noting — especially because just moments ago, he had been asking her about what it was like maintaining a normal marriage when your profession involves having sex with other people. I bet he thinks strippers like him, too.

It's not clear what, exactly, was going on with Jameson here, but it's pretty sad to watch — a woman having to go through a live televised interview when she is so clearly not all there is a disgrace.