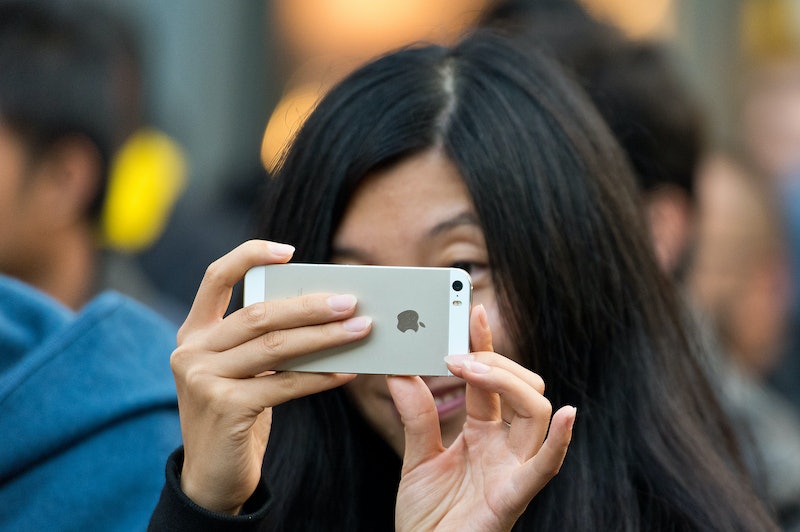 What started as an April Fools' Day prank on Reddit is now a reality: There will soon exist a gadget that can turn your iPhone into a Game Boy. Isn't it pretty incredible when the nerdy kids from your elementary school grow up into nerdy adults who viably usher in elements from your shared childhood in a fairly accessible way? You know, it was already cool when manufactures crafted iPhone cases designed after '90s gaming devices of our golden youth. This new development, however, finally frees us to delete Candy Crush, Super Hexagon, and other games that have held us all prisoner for far too long. With this bad boy snapped into an iPhone 6 Plus, legitimate nostalgia can soon happen, even without AA batteries.

This genius gadget-to-be is called The Smart Boy and its development company, Hyperkin, confirms although it's still in the planning stages, it's "now a full-fledged project for consumer release." Chris Gallizzi, The Smart Boy's chief developer, says the goal was to create a throwback gaming system that would work on a modern, common device. And yep, those old-school, original Game Boy cartridges you saved in Keds shoeboxes? They'll work on this little dude. Give the prototype image a peek:

Droid users, rejoice! Apparently, Hyperkin reps say they plan to tweak The Smart Boy to work on non-Apple phones. Other plans include modern features like a built-in battery so you can play long and hard (sometimes bathroom lines really do take FOREVER). Also, do you think this might actually, effectively convince today's youth that Game Boy is truly the most perfect, inspired handheld gaming system? Because it was. And we shouldn't even be having a debate about that. There's a reason everyone is so excited about this.