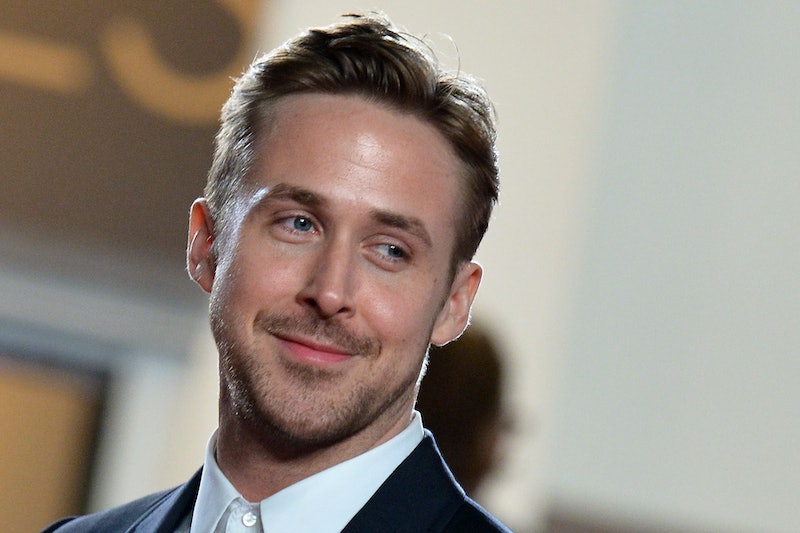 Hey girl, listen up! The face of Disney throwback videos and the smirk that adorns your body pillow, Ryan Gosling, just directed his first film. The movie is called Lost River , and unfortunately doesn't feature The Gos in front of the camera. It does however star Mad Men's Christina Hendricks, Brooklyn's Saoirse Ronan, frequent Gosling collaborator Ben Mendelsohn, Gosling's baby mama Eva Mendes, Dr. Who's Matt Smith as the slimy villain, and newcomer Iain De Casestecker in the lead role.

From it's IMDB synopsis — "A single mother is swept into a dark underworld, while her teenage son discovers a road that leads him to a secret underwater town" — it appears there is no way the film could be based on true events. Lost River is a Gosling-proclaimed "dark fairy tale" about love, family, and ultimately survival in the face of danger. The city in which these characters live, Lost River, holds a macabre underworld where the son is lured in an attempt to save his family and home. As we know, fairy tales aren't real, so does this story hold any real life influences? Thanks to a talk with Gosling at South by Southwest Film Festival, we discovered a bit more about the inception, and personal inspiration, behind this sensational tale.

Like the lead character of his directorial debut, Gosling was deeply affected by the way his mother was treated growing up. "My mom is very beautiful and was a single mom. When you're a kid and you have a single mom, all men feel like wolves," he said. "Guys would whistle at her. It was very predatory and threatening. As a kid I felt helpless, so you start to imagine all these [scenarios] where you can do something. You see the world through the filter of your imagination."

But the familial aspects weren't the only personal additions. The story is set in Detroit's Brewster-Douglass Housing Projects, and while Gosling himself is Canadian, the location hit home, literally. "I'm from Canada and I [grew up] not too far from Detroit," he said. "When you're a Canadian kid, America is a pinup girl you put in your locker. It took me a long time to get to Detroit. I think I got there when I was 30. It's very different from what I had imagined it and it really affected me."

Lost River hits theaters and On Demand April 10. Watch the trailer below:

More like this
'The Undeclared War' Spotlights The Real-Life Threat Of Cyber Attacks
By Maxine Harrison
Alicia Silverstone Has Recreated An Iconic 'Clueless' Scene
By Frances Stewart
Everything To Know About 'My Big Fat Greek Wedding 3'
By Grace Wehniainen
Emma Thompson, Lashana Lynch, & Stephen Graham Lead Netflix’s 'Matilda'
By Sophie McEvoy
Get Even More From Bustle — Sign Up For The Newsletter