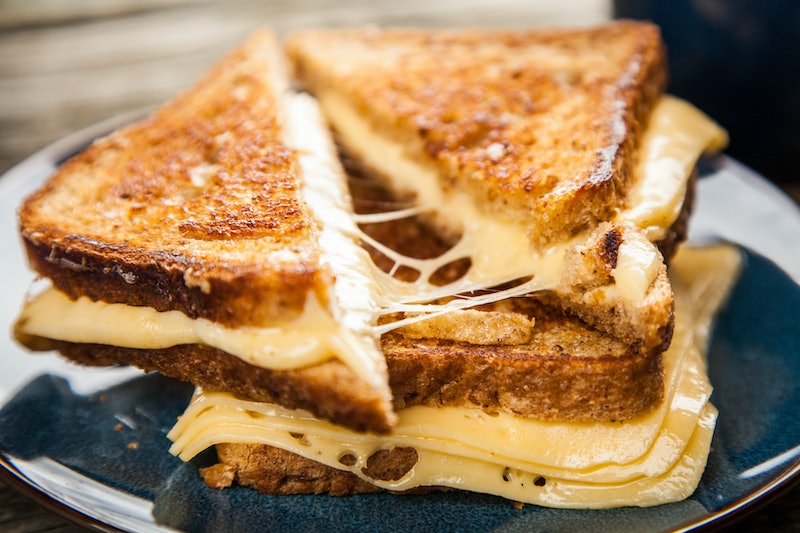 Gouda is god, and there's no arguing its mighty powers over the human race, but why does a slab of (not particularly physically appealing) dairy product make us lose our minds? New research has revealed that the real reason you're addicted to cheese is because of the way it's processed. In essence, the particularly high fat content of the rich substance can cause us such an addiction that it's even been compared to heroin.

After researchers from the University of Michigan began looking into the most addictive foods and discovered that pizza was the star of the show, they began to break it down piece by piece (pun not ideal, but roll with it.) About 500 students were involved in the study, during which time they completed the Yale Food Addiction Scale, and identified which foods they considered to be most addictive. Researchers then broke down which individual components of these foods would account for the drug-like influence they seem to have on humanity.

As you may have guessed, cheese turned out to be more addictive than the rest. Largely to blame for this is casein, a type of protein that is highly prevalent in dairy products, and the fact that cheese contains high amounts of fat. Pizza may be delicious, but the reason we can't stop eating it is because of the cheese.

Though fat is usually considered the bad guy of the nutrition world, there are certain fats that are actually quite good for us. Unfortunately, the best products (and the most addictive) primarily consist of saturated fats, which are the not-so-great kind. Generally, you want monounsaturated and polyunsaturated fats, the kinds found in nuts and products like brown rice. These items won't cause the cravings that their tantalizing counterparts do, because they're processed differently (if at all). As a whole, though, they're also guaranteed to make you feel better if you splurge on them than that deep-crust you've had in your fridge since Saturday.

So now you know why those wine nights simply do not come to light without cheese, even when you've had dinner and aren't particularly hungry, or why parmesan on your pasta is a no-brainer, despite the fact that there's already cheese in the ravioli. Let's also not forget the fact that the Trader Joe's cheese aisle is forever your first stop. It's like our bodies call to it, facilitating a silent, intimate bridge between our minds, hearts, and dairy products.

In closing, this little guy is my spirit animal.