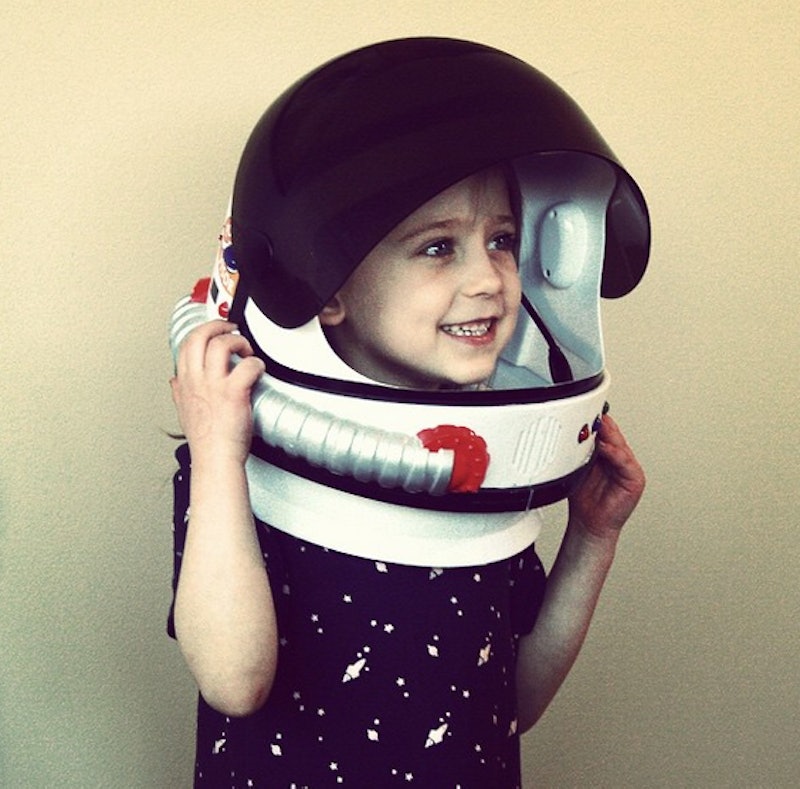 From the face-palm-worthy stereotypes in the "Barbie: I Can Be A Computer Engineer" book to the microaggressions exposed by Verizon's Inspire Her Mind campaign, we're becoming increasingly aware that the gender gap in STEM fields begins in childhood. But one aspect of childhood we don’t normally consider in relation to this issue is children's clothing. So when Jennifer Muhm and Malorie Catchpole came face to face with this problem, they created a solution: buddingSTEM, a line of clothing for girls that reflected their own daughters' interests in "boy stuff." Because why on earth should cool things like trains and outer space be limited to boys?

Jennifer Muhm’s daughter wanted to be an astronaut for Halloween, but all the astronaut costumes were made for boys. The five-year-old looked through a catalog of costumes and said, “I can’t be an astronaut,” Muhm recounts in a video on the buddingSTEM website. Malorie Catchpole ran into the same problem when she tried to buy her train-obsessed three-year-old appropriately themed underwear for Christmas.

Since the market wasn’t catering to their daughters, these moms decided to carve out their own niche by founding buddingSTEM, a fashion line for girls interested in trains, outer space, and all things science and technology. 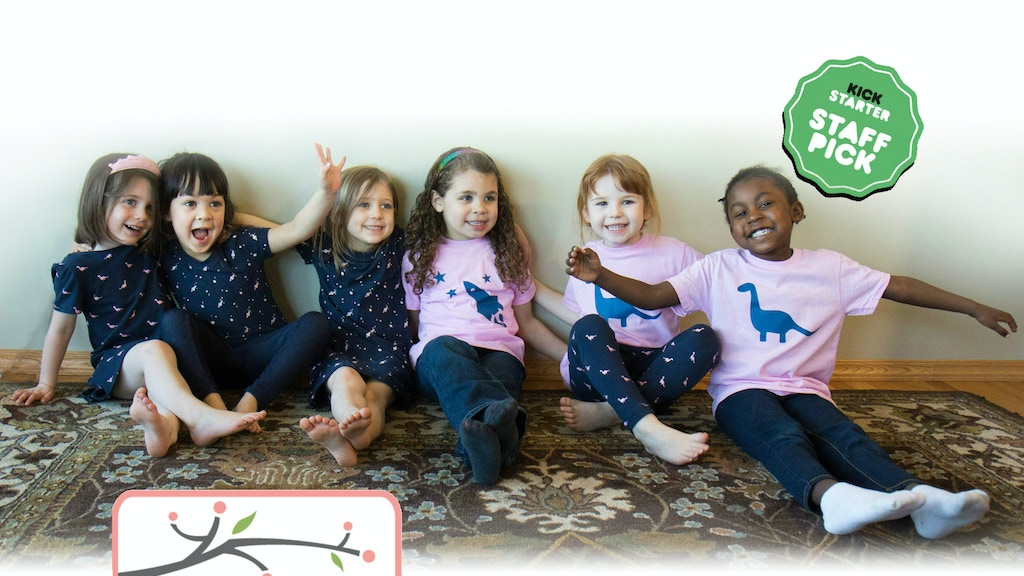 Muhm and Catchpole just surpassed their Kickstarter goal to complete the train collection, including T-shirts, dresses, and leggings with railroad patterns, and will start working on underwear with all three themes once they raise $75,000. The clothes should be for sale starting in July.

“One of the things that I’m happiest about,” Catchpole told ABC News, “is what I think we’ve shown our daughters.”

Given that women are vastly underrepresented in STEM fields in both academia and the workforce, and that this gap begins forming in early childhood with gendered toys and the different ways adults talk to boys and girls, little girls who want to be astrophysicists or engineers could use some encouragement ­— even if it takes the form of underwear.