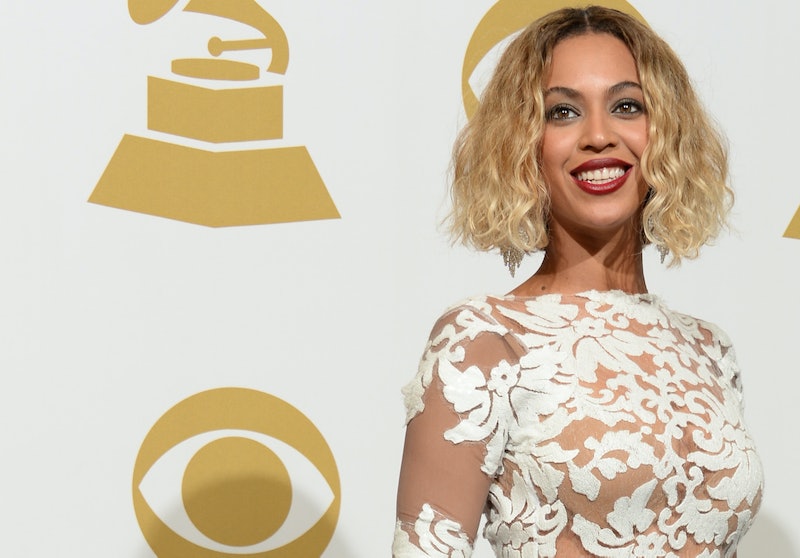 When I woke up this morning, I had a feeling it was going to be a great day. The sun was shining, the birds were singing and all that other cliché stuff, and I just had this thought : something amazing is going to happen today. Turns out, I was right! Beyoncé released a new song called "Die With You" today, and it is (as with anything Bey so much as touches) a work of complete and utter brilliance. Released exclusively onto Jay Z's new streaming service TIDAL in honor of Beyonce and Jay Z's seventh wedding anniversary on April 4, the song is sweetly dedicated from Bey to Jay — and with lyrics like, "I don’t have a reason to be if I can’t be with you," "I open my eyes so I can see with you," and "I live so I can die with you," I dare you to try and listen without shedding at least one tear. (Or ten.) But now, as with any Beyoncé song, the question becomes: When will Beyoncé's "Die With You" be on iTunes, if at all?

Sadly, at the moment, it seems the answer is as simple and complex as the question itself is: It's not clear when, or if it will even be at all.

Considering Beyoncé released the song as a dedication to Jay Z on their anniversary, it's not clear if it even signifies a new album is on the way — thus, it may not be released as a single at all.

Also worth considering is the fact that it was released to Jay Z's new streaming service, so it would make sense to keep it there as incentive to attract new subscribers — putting the song on iTunes where it would be easily accessible might not make sense, at least for now. I'm sure that when a new Beyoncé album is actually set to be released, it'll hit iTunes as her last album did in 2013 and break the Internet — but honestly, when it comes to "Die With You" being released onto the platform, I'm not too optimistic.

That said, though, this could change. "Die With You" as its available on TIDAL may be a live performance of the song (it's featured in a video of Beyoncé sitting at her piano playing it — no backing vocalists or other instruments involved), but it's always possible that the song could be rerecorded as a studio version and featured on a future album as a bonus track. After all, Beyoncé reissued her 2013 Beyoncé album in 2014 with additional songs like a remix of "Flawless" and "7/11," so the same could happen with her next album.

For now, however, the song is fully available on TIDAL — and totally worth a listen if you haven't already checked it out (personally, I'm on my 30th listen already). Head over to TIDAL to check out the full performance and song!