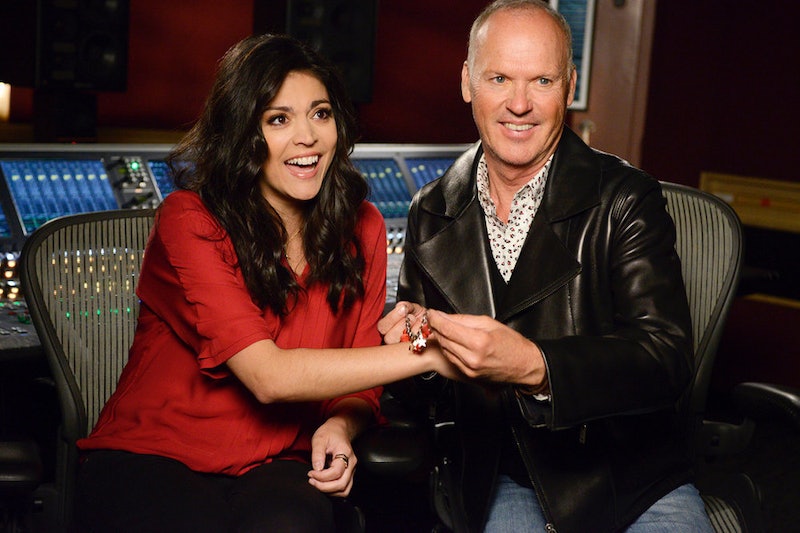 Hey, have you heard of this thing called Scientology? It's been kind of a hot topic as of late, especially now that HBO produced a very revealing documentary about it, Going Clear. Well, SNL has heard of Scientology, and they have a few things to say about it in the form of music. Saturday Night Live created its own religion, Neurotology, and produced one of the most amazing videos SNL has created in years, because: 1) It was clearly making fun of Scientology, and 2) It was "from" 1990, so you can imagine the hair, clothes, and crazy dance moves that were featured in the fuzzy video footage.

SNL fans were warned going into the sketch that the 1990's video has been updated with recent information — aka, a "where are they now" text — and the updates combined with the '90s "look" — you've either lived it or seen the pictures — will make this skit go down in history. The video paid homage to alleged Scientology traditions that became very public when Going Clear was released. For instance, a very '90s Aidy Bryant was seen signing a billion year contract, screaming "It all makes sense to me," and another member was said to be acting as a janitor, something that was similarly spoken about in the documentary.

And while the feathered hair, the outdated outfits, and the minutes of enthusiastic clapping were hilarious, some of the updates on the Neurotologists were too funny not to note. While some of the members were simply labeled "Left Neurotology in 2007," other members had more colorful updates. One member was thrown off a boat, and another is now in charge of blackmailing gay actors — sound familiar? One woman is simply "40 and lovin' it," while another member is currently in a hole. Of course there is one Neurotologist that just straight up left Neurotology for Scientology, and another was drop kicked by a a friend in the church. Yeah, things got dark.

So if you are a fan of the '90s — and who isn't? — and can't stop thinking about Going Clear or Scientology, do yourself a favor and savor this video for every amazing moment.