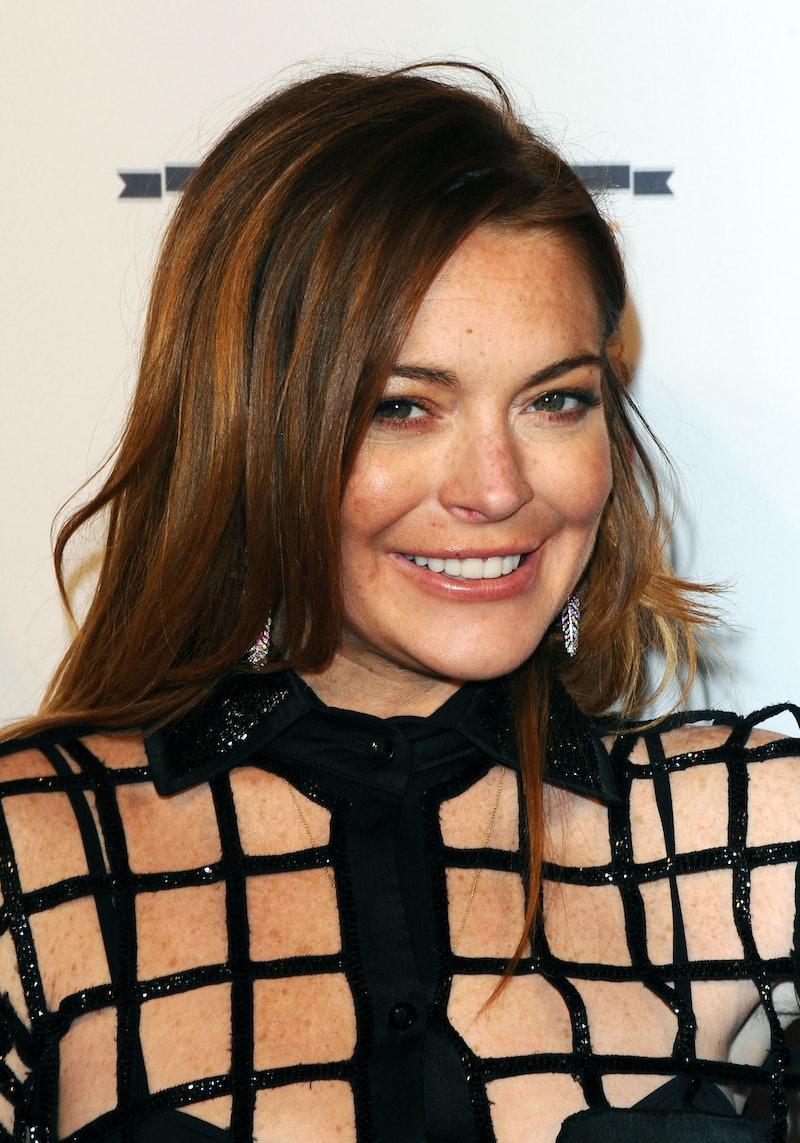 In the midst of the celebrity waist-training-belt-selfie trend, I've found myself consistently shocked with how small these contraptions make a person's waist look. The idea of Photoshopping oneself in one of these pictures is bonkers, not to mention, totally redundant, so I would think it just wouldn't occur to a person. But somehow, it looks like Lindsay Lohan found it necessary to Photoshop her waist-training selfie in an effort to make her waist look even smaller. (Do the waist-whittling pressures of Photoshop culture spare no one?)

A few days ago, Lindsay posted a snap of herself in the elastic midsection-eliminating device to her Twitter, as The Gloss reports. Ever the vigilant policers of Photoshop integrity, the people of social media noticed that part of her waist had been smoothed over into a too-even curve. This isn't Lohan's first rodeo with selfie-doctoring controversy. In January, social media folks called Lindsay out for basically doing the same thing to her waist, sans-neo corset.

When Lindsay's followers called shenanigans, she reportedly removed the picture from her Twitter. Of course, the inter-webs caught the photo before it disappeared into the deleted Tweet abyss. The altered area may not be apparent at first, but the wavy appearance of the stairs is a dead giveaway.

The idea that so many people feel the need to Photoshop parts of their bodies (corseted waists or otherwise) is just like — WHY? But the fact that one would do so in the first place says plenty about the constant pressure to be thin in our culture. Even when it looks like you've had one of your ribs surgically removed, the totally unattainable 20-inch waist hegemony is real. And it's undoubtedly detrimental to all those made to see, feel and experience it.