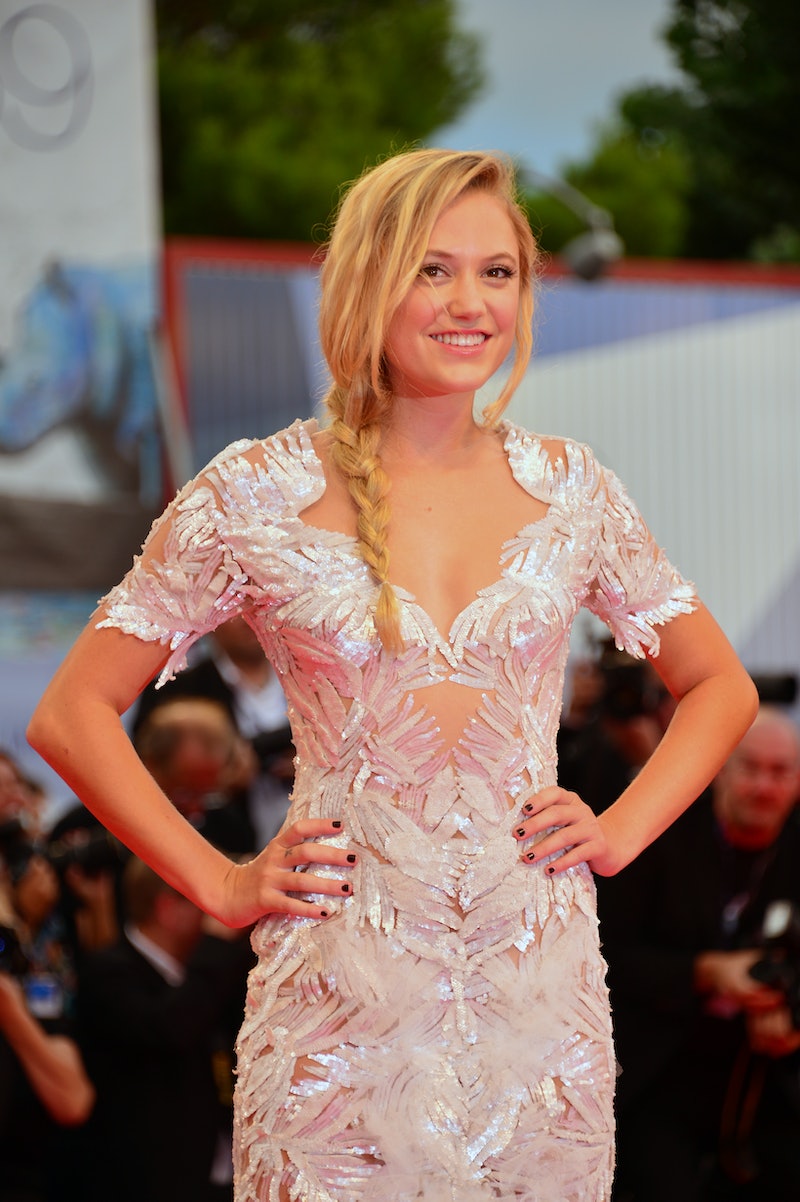 What's that behind you? Oh, just the little horror movie that could, director David Robert Mitchell's insta-cult hit It Follows , which expanded to over 1,600 theaters this weekend and brought in an impressive $2.4 million. According to The Hollywood Reporter, the indie film has now made $8.5 million to date, and with the ever-growing buzz surrounding It Follows, those numbers should only grow from here on out. That's great news for horror fans who are thrilled by the inventive twist on the genre, and it's especially awesome for leading lady and rising star Maika Monroe.

It Follows — in case you haven't seen it yet (and you really should, even if sleeping patterns will never forgive you for it) — is about a young woman named Jay (played to utter perfection by Monroe) who is relentlessly pursued by a supernatural force. This horrific curse has been passed along to Jay after sleeping with her boyfriend, who explains that "it" will always be after her, and if she dies it goes back to him and down the line to where it all started. Call it a creepy parable for sex and relationships, call it the scariest movie of the year (which it very well could be), but one thing is for certain, it's a star vehicle for Monroe, and that's a damn good thing for all of us.

At just 21-years-old, the actress has appeared in smaller roles in movies like The Bling Ring, At Any Price, and Labor Day, but it was in 2014 that she made her mark in Hollywood and firmly established herself as a new generation of scream queen in The Guest . Like It Follows, The Guest is a genre-bending thriller with an ultra-cool synth soundtrack and an ominous ending for the badass final girl. In it, Monroe plays Anna, a teen who becomes suspicious of a charming, but mysterious visitor named David (played by Dan Stevens) who shows up at her family's door. Monroe's Anna not only figures out who David really is, but manages to outsmart a mindless killer. You can't take your eyes off Monroe during The Guest, and though she's sexy, she's never sexualized. Her character is smart, emotional, and fully-realized. A true rarity in modern horror movies.

The same could be said for her character Jay in It Follows. Jay is beautiful and flawed and clever and vulnerable and independent, but still depends on those around her for help in a crisis. In just the span of 100 terrifying minutes, Monroe conveys all that and so much more. She is fear and fearlessness personified.

But what's most impressive about Monroe is that she's ushering in a new era of feminist horror characters and films. During a chat with Bustle.com at Sundance back in February, Monroe told us, "I like strong women, seeing strong women in film, and you know — tough chicks." She said of the It Follows leading lady, "There’s something intriguing about this character. How in the end she becomes a hero. She would never think of herself as being able to survive something like that, until she does." Hear, hear.

Jay is a horror victim, sure, but not in the traditional horror sense. She may be scared shitless (and with damn good reason) but she does everything in her power to take her fate back into her own hands. She does not lay down and die, she runs for her life and tries desperately to protect herself and those around her. She is not the virginal horror damsel we've seen time and time again, rather a complex fighter. Women are not one-dimensional, no matter what so many outdated horror flicks have told us, and Jay and Maika bring that to life in the chilling It Follows.

Monroe — who will be seen in the upcoming films Echoes of War and The 5th Wave — acknowledged that while she's still a relative newcomer to the scene, "It seems to me that there are some really amazing roles for women today that is a newer thing. I do see a change, and it’s really good." We couldn't agree more, and it starts with Maika Monroe.

More like this
The 'Lady Chatterley's Lover' Book Leaves Us With A Troubling Question
By Catharina Cheung
Keke Palmer Finally Showed Angela Bassett Her Famous Impression Of Her
By Stephanie Topacio Long
You Definitely Know The Voice Of Shuri's AI In 'Black Panther: Wakanda Forever'
By Brad Witter
How To Stream 'White Noise' On Netflix
By Grace Wehniainen
Get Even More From Bustle — Sign Up For The Newsletter