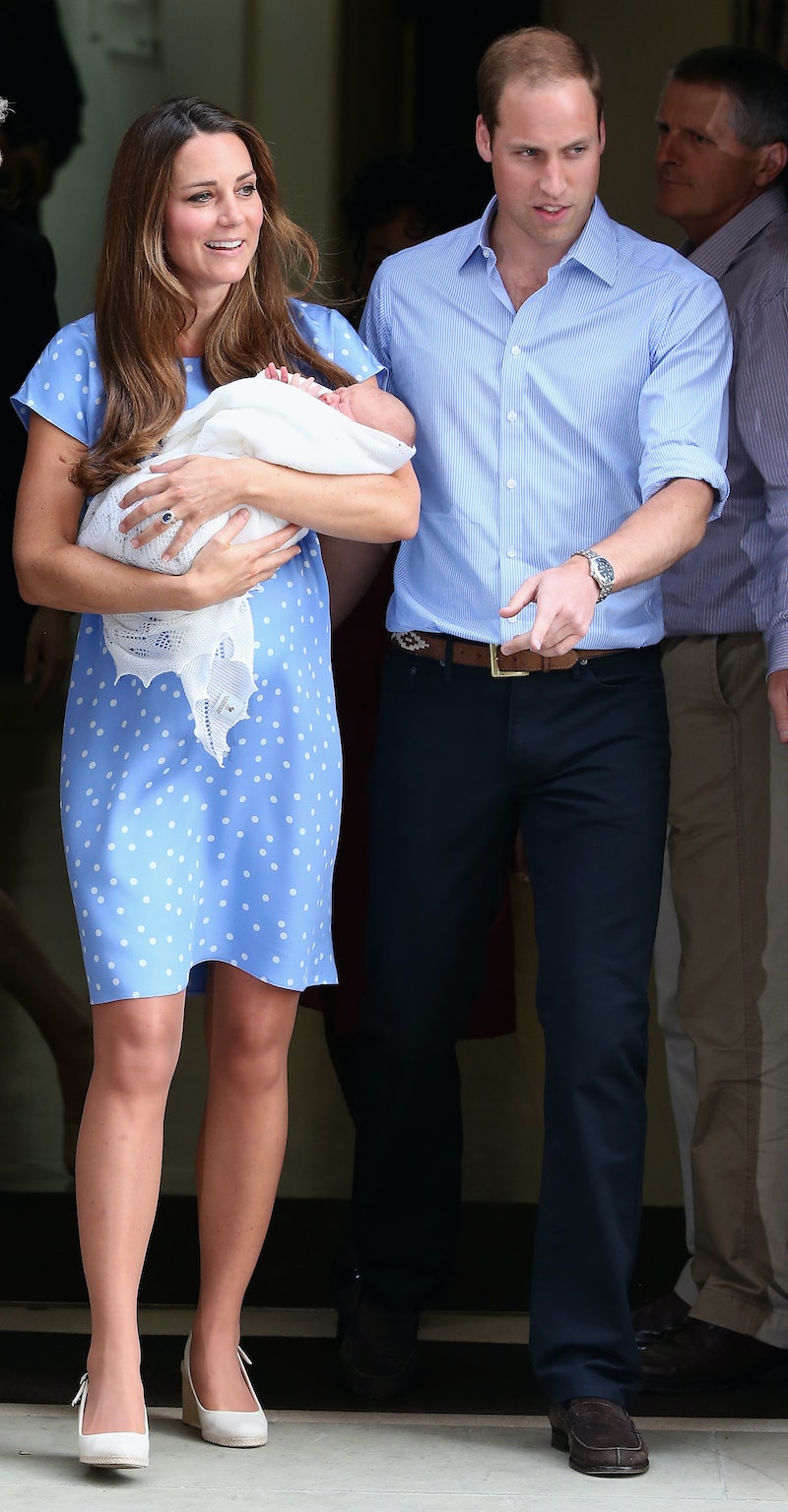 Kate Middleton has been the royal family member getting the most attention lately, thanks to a volleyball game and loose-fitting shirt, but Prince George is set to steal the spotlight from his mother Wednesday with his Christening. The ceremony starts at 3 p.m. London time, 10 a.m. EST, in the Chapel Royal in St. James's Palace, but William and Kate have already revealed who they have chosen as their son's godparents. And the list is full of surprises and insights.

Unlike us commoners — who usually have two godparents, a godmother and godfather — Prince George will have seven. But the list of seven reveals something even more shocking. See the first of three things we learned from the godparent selection below:

What?! Yeah, still not over it. It's hard to understand how a couple could choose seven godparents for their child and not include a single one of their own siblings. But it seems royals aren't interested in turning aunts and uncles into godparents. Even though Prince Charles has two brothers and a sister, and Princess Diana had two sisters and two brothers, only one of either of their siblings was chosen as a godparent for the royal couple's children.

Prince Charles' brother Prince Andrew, Duke of York, is one of Harry's godparents. That's it. The other five siblings didn't make the cut twice — and Harry and William had six godparents each. Maybe the royals figure royal aunts and uncle are already close enough to their children. Maybe there's a lot of sibling resentment over the whole line of succession thing. Or maybe Kate just didn't want Pippa's butt to get more attention than her son at his Christening.

Of Prince George's seven godparents, only one is royal — or even blood related to him. Zara Tindall is Prince William's cousin, and being Prince George's godparent should be good practice — she's pregnant with her first child. The other godparents are friends of the family: They range from Kate and William's college friends — like Oliver Baker and Emilia Jardine-Paterson — to lifelong friends of the royal clan, like Julia Samuel, who was close with Princess Diana, and Jamie Lowther-Pinkerton, the Principal Private Secretary and Equerry to Harry, William, and Kate.

Not surprisingly, more friends means more young godparents. Most of William and Kate's choices linger around their age (31 years old), with the exception of 22-year-old godparent Earl "Hugh" Grosvenor — the son of one of William's godparents — 53-year-old Lowther-Pinkerton, and Samuel. So, even though Harry and Pippa's age would qualify them for the job, they'll have to cope with being left out of the royal godparent circle. But, hey, perhaps "hottest royal sibling" is a better title anyway.