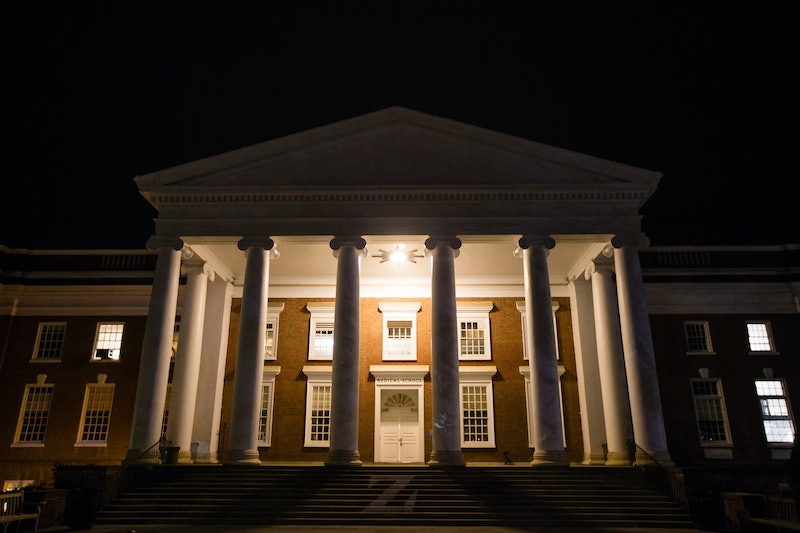 Rolling Stone formerly retracted its story "A Rape On Campus" on Sunday, in tandem with the Columbia Journalism School review that blasted the magazine and writer Sabrina Rubin Erdely for their lack of due diligence reporting. Less than 24 hours later, the fraternity at the heart of the story, Phi Kappa Psi, released a statement. In that statement, Phi Kappa Psi outlined its plans to pursue legal action against Rolling Stone for defamation against the fraternity, and pledged to fight sexual assault in all ways possible:

After 130 days of living under a cloud of suspicion as a result of reckless reporting by Rolling Stone Magazine, today the Virginia Alpha Chapter of Phi Kappa Psi announced plans to pursue all available legal action against the magazine.

"The report by Columbia University's School of Journalism demonstrates the reckless nature in which Rolling Stone researched and failed to verify facts in its article that erroneously accused Phi Kappa Psi of crimes its members did not commit," said Stephen Scipione, President of the Virginia Alpha Chapter of Phi Kappa Psi. "This type of reporting serves as a sad example of a serious decline of journalistic standards."

The Rolling Stone article viewed by millions fueled a court of public opinion that ostracized Phi Kappa Psi members and led to vandalism of the fraternity house ... While the reporter and Rolling Stone editors chose to defer to a single source, the Columbia report points out that Erdely and editors failed to even check areas that did not conflict with her requests.

"Erdely's reporting records and interviews with participants make clear that the magazine did not pursue important reporting paths even when Jackie had made no request that they refrain. The editors made judgments about attribution, fact-checking and verification that greatly increased their risks of error but had little or nothing to do with protecting Jackie's position."

As the national media descended on the school to cover the misguided story, news outlets cast the fraternity house as the iconic symbol of this troubling issue. The intense and comprehensive media coverage conveyed these falsehoods to hundreds of millions of people worldwide. To this day, images of the fraternity house continue to be used by news organizations to cover this issue on other campuses, despite the conclusions of the Columbia report and despite findings by the Charlottesville Police Department that there is no substantive basis to support the account alleged in the Rolling Stone article.

Rolling Stone Magazine admits its staff engaged in reckless behavior while covering this story, yet the magazine refuses to take any action against those involved in reporting the story or address needed changes to its editorial process. The reporter in question not only failed to apologize to members of Phi Kappa Psi, but doesn't even acknowledge the three witnesses she quoted in the article but never interviewed. This is a clear and sad indication that the magazine is not serious about its journalistic obligations leaving the door open for equally irresponsible reporting in the future.

Recently, the Charlottesville Police Department formally cleared the Virginia Alpha Chapter of the Phi Kappa Psi Fraternity of all sexual assault allegations stemming from a Rolling Stone article. The fraternity is still waiting on the conclusion of the investigation into multiple incidents of vandalism that occurred at the chapter house in the wake of the article's publication.

Both the Virginia Alpha chapter and Phi Psi's national organization adhere to a strict zero tolerance policy in regards to sexual assault. Phi Psi is committed to sexual assault prevention through its support for and participation in organizations such as the student-led "One in Four," and by requiring at initiation all new members take the "It's on Us" pledge. The chapter was the first on Grounds to sign the updated Fraternal Organization Agreement implementing new, stronger protocols to improve the safety of all students and our members remain committed to setting a positive example for the University and Charlottesville community.