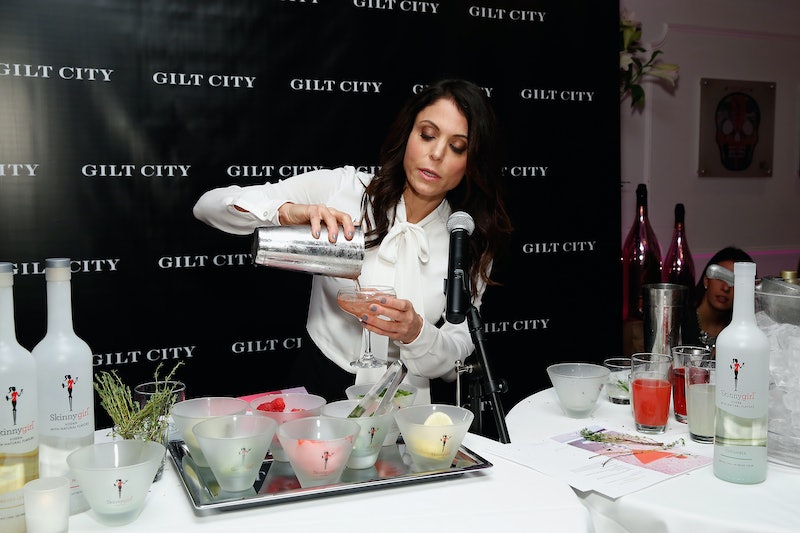 My, my, how times have changed since Bethenny Frankel was last on Real Housewives Of New York. When she first got on the show, she was breaking up with a guy named Jason, and now she’s… breaking up with a different guy, also named Jason. Seriously though, Bethenny’s entrepreneurial spirit and straight-up hustling have made Bethenny the biggest success in Real Housewives history, but just how much money is Bethenny Frankel making from her endeavors?

First, let us consider that Real Housewives Of New York wasn’t Bethenny’s first stint in reality TV: Her first taste of the cameras came when she was on NBC’s The Apprentice: Martha Stewart, on which she came in second. In Season 1 of RHONY, Bethenny was the youngest and only unmarried housewife, struggling to launch a business and maintain a relationship. The other women on the show watched Bethenny and clicked their respective tongues in sympathy for what seemed to be Bethenny’s numerous struggles, but not for long. Bethenny’s career took off like a rocket, and by the end of her then-final season on Real Housewives Of New York (Season 3, to be exact), she was already a best-selling author and the Skinnygirl cocktail brand was slowing gaining traction (she also met Jason Hoppy and got pregnant, but we’re talking about the dollars here, folks). Who’s clicking tongues now, other housewives? We obviously know now that Bethenny is a total #GirlBoss, so let’s take a look at her empire and see what she's got going on.

People don’t seem to realize just how many books Bethenny Frankel has authored. Skinnydipping; A Place Of Yes: 10 Rules For Getting Everything You Want Out Of Life; Naturally Thin: Unleash Your Skinnygirl and Free Yourself from a Lifetime of Dieting; and The Skinnygirl™ Dish: Easy Recipes for Your Naturally Thin Life have hit the New York Times best-seller list, but that’s not all. Bethenny’s writing credits also include I Suck At Relationships So You Don’t Have To; Skinnygirl Cocktails; Cookie Meets Peanut; and Skinnygirl Solutions: Simple Ideas, Extraordinary Results. Does this woman sleep?

It’s been really amazing watching Skinnygirl take off like a rocket: Bethenny used to have to dictate how to make a Skinnygirl martini to bartenders, and now they just pour it out of the bottle. According to Forbes, Bethenny probably made about $40 million selling the Skinnygirl portfolio to Beam Suntory in 2011 (the numbers vary depending on the source). That’s certainly bound to make her bank accounts fat. Besides the booze, the Skinnygirl empire includes shapewear, snacks, appliances, hummus, sweeteners, and more.

As I mentioned before, Bethenny started off her career on TV on NBC’s The Apprentice: Martha Stewart before parlaying that into a gig as a housewife. After Season 3 of RHONY, Bethenny was pregnant with her daughter, Bryn, and engaged to Jason, spawning multiple seasons of her spinoffs Bethenny Getting Married? and Bethenny Ever After. When those went kaput, Bethenny got her very own talk show, aptly titled Bethenny. It was executive-produced by Ellen DeGeneres and cancelled after one season, but you can bet our girl still got PAID for the time it was on the air.

So what’s next on Bethenny’s list of world domination? So far, raising her daughter, Bryn (who is the cutest), disarming her dog, Cookie, and just being a real Housewife. You bet I’m tuning in for all of it.