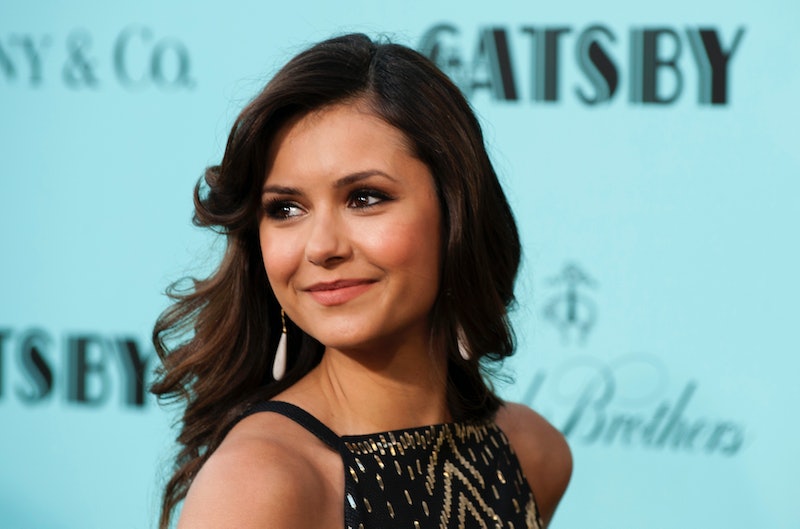 Hold on to your mortal souls, fans of The Vampire Diaries, Nina Dobrev is exiting the series. In a shocking, yet sentimental statement on her Instagram, she announced that she is leaving the popular CW drama. Dobrev plays multiple roles on the series including its star role, Elena, as well as Elena's doppelgangers Katherine, Amara, and Tatia. The show played a major role in the Bulgarian-Canadian actress' success and garnered multiple Peoples' Choice Awards, so why is Nina Dobrev leaving The Vampire Diaries ? She left her fans on a cliffhanger by writing, "I always knew I wanted Elena's story to be a six-season adventure, and within those six years I got the journey of a lifetime...Fasten your seatbelts. If you think you know what's coming, you don't."

Executive producer of The Vampire Diaries Julie Plec explained in a bit more detail: "Nina is excited to spread her wings, get some rest, travel the world and also take it by storm, and we support her a thousand-fold. We will miss Nina and the 400 characters she played, but we look forward to the insane and exciting challenge of continuing to tell stories of our Salvatore Brothers and our much-loved and gifted ensemble." It appears Dobrev's original contract was up, and she decided not to renew it.

According to Dobrev, more on her decision and her life ahead will be featured in the June issue of SELF Magazine. Although we don't know what specific projects she's working on just yet, she and her Vampire Diaries cast and crew seem very excited by her prospects. Plec also made it clear that the show will continue without Dobrev, though it certainly won't be the same.

More like this
Netflix Reveals First Look At Wednesday In The 'Addams Family' Spinoff Series
By Bustle Editors
What Does Nancy Jo Sales Think Of 'The Real Bling Ring'?
By The Editors
Twitter Is Unravelling Over Wolverine’s Return For 'Deadpool 3'
By Darshita Goyal
The Spice Girls Just Dropped A Brand New Music Video
By Sam Ramsden
Get Even More From Bustle — Sign Up For The Newsletter