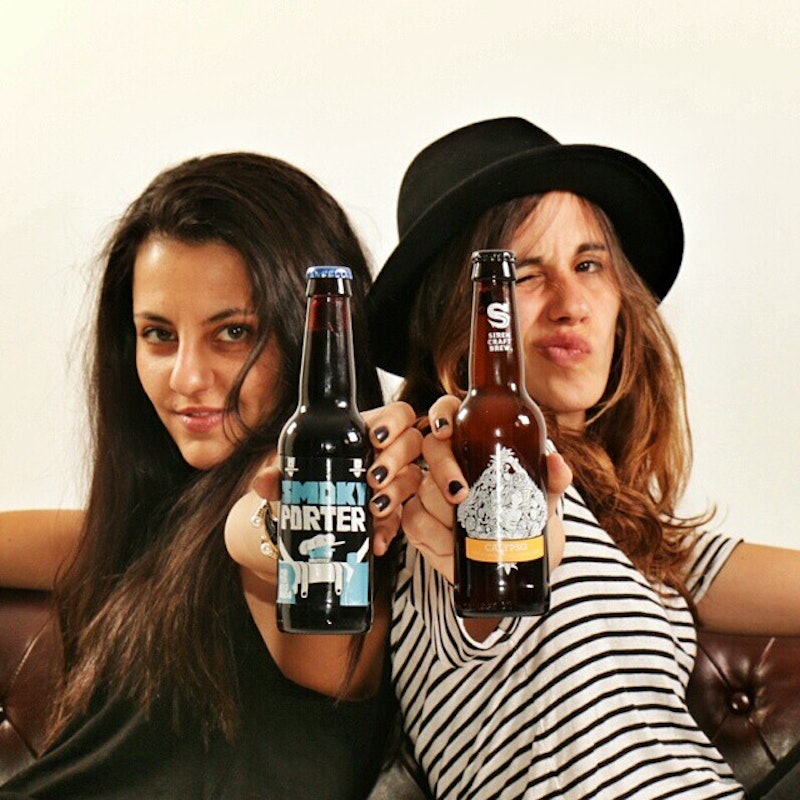 Beer is the nectar of the gods. Or is that whiskey? Doesn’t matter — beer is spectacular, and can improve any situation. It's so good, there's even been a whole day dedicated to singing its praises: April 7 is National Beer Day! Even so, there seems to be some misconceptions about beer drinkers, created and spread by non-beer drinkers. The alcoholic beverage world is a world divided, and serious shade is thrown around like rice at a wedding. Not everyone enjoys throwing back shots of vodka or sipping martinis. Some of us are happiest when a frothy pint is placed on a coaster in front of us. It's a shame, because when people head to a bar, they're all there for the same reason — to get drunk and have a good time. Who cares what path anyone chooses to reach that common goal?

But beer drinkers are used to it. People who aren’t familiar with the extreme satisfaction of cracking open a cold one after a long day at work don’t know what they’re missing. And really, what they’re missing is immense joy, because it’s probably one of life’s more joyous experiences. So in honor of National Beer Day, here are some things that you should never ever say to a beer lover — especially if they currently have a chilled brewski in their hand.

No statement has ever been more false. If you've only ever had sips of cheap light beer, then sure, there's not a huge difference in flavor. But drink a pint of Guinness followed by a can of Keystone Light, and then get back to me.

Oh really? Because I'm pretty sure that Bloody Mary with a cheese sandwich on top, or that blended fruity monstrosity, or those four shots you just threw back are probably worse for you than a single can of beer. Next.

Foolishly, I used to take this as a compliment from guys. Score! I'm a "cool girl." But now I see that it's an idiotic, sexist insult, and it's pretty much the same as saying, "Wow, a girl who can drive a car? That's impressive." Or, "Wow, a girl who likes sports? Good for you." None of the above are gender-specific tasks to master. I'm a human with a working brain, so I think I can develop my own personal interests. Now run along, little boy, and go get me a beer.

Counter: "Ugh, how can YOU drink THAT stuff?" I find shots of vodka, red wine, and mojitos utterly disgusting, so I'm just as puzzled by the beverage in your hand. I'm just not being an a**hole and verbally pointing it out.

5. "No thanks. I'd prefer to get drunk quickly with the harder stuff."

In order to get drunk quickly, you need a strong beverage paired with a low tolerance to said beverage. Not all beers require a 12-pack to feel a buzz. There are single bottles of beer on the market that hold the strength of 10 light beers, plus two, so it might only take half a bottle to turn you into a tipsy clown... if that's what you're after.

Stop it. There is a beer to complement every meal and flavor in existence.

Just... no. You're never asking this question because you're genuinely curious about the number. It's more statement than question, and it's cloaked in judgment. Don't be the person who counts beers. Not cool.