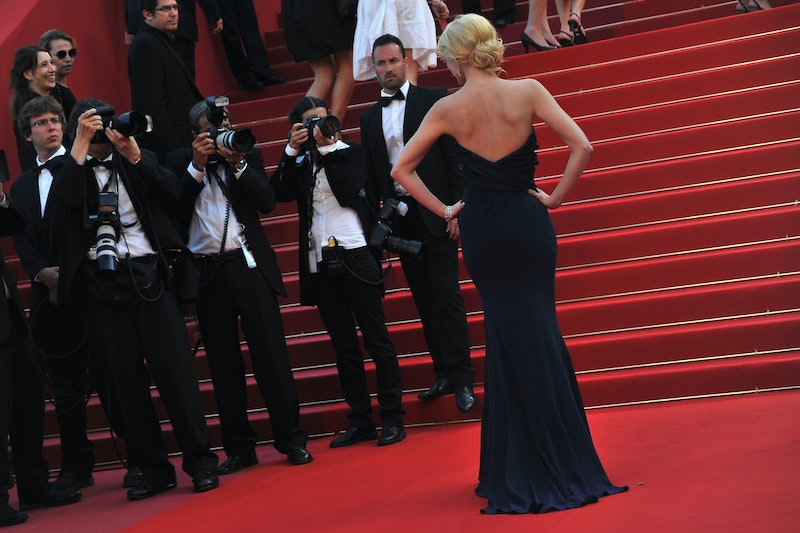 Selfies are the second best thing to happen to photographs since the digital camera, according to, well, everyone. Our obsession with being able to control how we look in photos coupled with our fear of looking bad in them isn't a new phenomenon. In fact, in 1977, three psychologists conducted a study revealing that the reason we sometimes hate seeing photos of ourselves is because we have a certain expectation of how we look based on how we see ourselves in the mirror.

Researchers Theodore H. Mita, Marshall Dermer and Jeffrey Knight stated in their study that "individuals prefer a facial photograph that corresponds to their mirror image rather than to their true image." In other words, we often expect to appear in photos the way we see ourselves in the mirror, which can be misleading at times. After all, when we look in the mirror, we often control the way we appear by doing things like angling it to be more flattering or posing in a way that makes us look the most attractive.

Instead of wallowing in your sorrows of bad photos, heed some advice from those who have to take them the most: celebrities. Here are their expert tips on how to look your best in photos.

1. Be Aware of Your Angles

Photogenic beauty Lauren Conrad believes the key to taking a good photo starts with angles. First, stand at an angle, "with your hip cocked in at a 45-degree angle to the camera." It'll help slim your waistline. Win! Next, make sure your photographer is either at eye level or standing above you. No one has ever taken a good photo from below, unless you were purposely trying to show off the bottom of your chin(s).

2. Powder Your Nose and Moisturize

Photog and fashion blogger Garance Dore suggests taking a tissue and tapping your T zone before getting your photo snapped. Don't forget to moisturize, either — you may not think it's a big deal, but Dore insists. Lather on that lotion to your legs, arms and hands.

3. When It Comes to Lighting, Dimmer is Better

Or as Nicole Richie so frankly put it, "Everything is better in the dark. That’s why people bone after clubs." Overhead lighting is your worst enemy.

Alexa Chung suggests using a prop to make the shot more interesting and to take some of the focus away from you. Although this tip was written specifically for selfies, it can also be applied to all other photos.

Supermodels know a thing or two about looking fierce in photos. So when Candice Swanepoel says to put your best face forward, do it, but only after figuring out which part of your face is actually the better side. Analyze photos of yourself to figure out which side works best for you. We wonder what side Swanepoel will decide to show off when she models the $10 million bra at the Victoria's Secret fashion show.

More like this
What To Know About Brow Microshading Vs. Microblading
By Danielle Sinay
How To Reduce The Appearance Of Pores, According To Derms
By Paris Giles
21 AAPI-Owned Beauty Brands That Will Be Your New Favorites
By Audrey Noble
Meghan Markle’s Favourite Skincare Brand Has Finally Landed In The UK
By Tomi Otekunrin
Get Even More From Bustle — Sign Up For The Newsletter