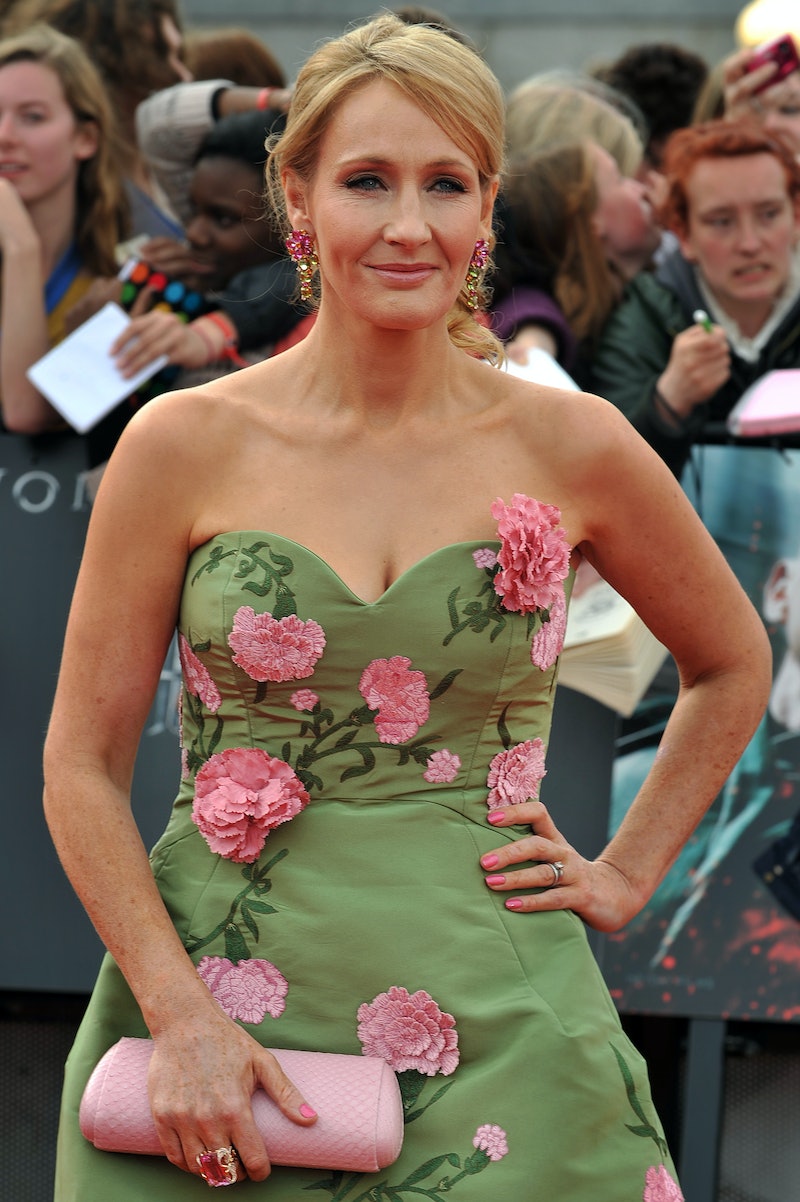 If you're feeling like you've hit the bottom, come along and hear these 6 J.K. Rowling quotes on failure. I promise she's an expert on it, even if what you know about Rowling doesn't jibe with that idea. Despite her incredible success now, Rowling's life wasn't always so magical. She was an average college student with a not highly employable major (Classics) who married and divorced young, dreaming of writing books while working jobs to support her child. She described herself as being "as poor as it is possible to be in modern Britain without being homeless." By her personal standards, Rowling considered herself a failure. Instead of wallowing, however, she focused on her dream of becoming an author, and wrote a series that has shaped the childhoods of kids around the world.

J.K. Rowling earned a permanent spot on my bookshelf, and the bookshelves of millions, with her absurdly popular Harry Potter series. Today she holds numerous awards, is one of the wealthiest people in Britain, and has the honor of knowing that tons of seemingly normal adults discuss her characters as though they're actual people we have relationships with instead of fictional creations. (It's cool, I do, too.)

Rowling was asked to give Harvard's 2008 commencement speech, and her topic of choice initially seemed like a real downer for a graduation ceremony: the importance of failure in life. But, as Rowling explained, she never would have created Harry had her life turned out exactly the way she had planned. Sometimes we have to fail to put us on the path to success.

Rowling's speech has now been released in a beautifully illustrated little book called Very Good Lives. Proceeds from the book will go to Lumos, Rowling's charity organization, and university-wide financial aid at Harvard. Though the whole speech is fantastic and definitely worth a read, here are some of my personal favorite quotes on failure from Very Good Lives.

"There is an expiration date on blaming your parents for steering you in the wrong direction; the moment you are old enough to take the wheel, responsibility lies with you."

It's easy to blame your failures or mistakes on outside factors, and families are often ready-made scapegoats. But as we grow up, we have to accept that we have some measure of control over our lives and take responsibility for the choices we make.

"Talent and intelligence never yet inoculated anyone against the caprice of the Fates."

Sometimes bad things happen to good people. Being smart or talented isn't always going to protect you from the hardships of life, and there's no use crying about that. Instead, use these gifts to help yourself out of bad situations.

"Indeed, your conception of failure might not be too far removed from the average person's idea of success, so high have you already flown."

Success is all a matter of perspective, and sometimes we hold ourselves to unreasonable expectations. Of course we should always aim high, but we shouldn't beat ourselves up for not always being perfect.

"And so rock bottom became the solid foundation on which I rebuilt my life."

Hitting rock bottom is a very, very scary idea, but the old adage "There's no where to go but up" has some truth to it. When Rowling hit her lowest point, instead of giving up she set out to build herself a new life, free from the expectations of her old one.

"It is impossible to live without failing at something, unless you live so cautiously that you might as well not have lived at all — in which case, you fail by default."

Taking risks aways comes with the possibility of failure, but that doesn't mean that you shouldn't take them anyway. We learn through failure, and avoiding (or even fearing) making a mistake won't allow you to grow.

"The knowledge that you have emerged wiser and stronger from setbacks means that you are, ever after, secure in your ability to survive."

Basically, what doesn't kill us makes us stronger. And we can use this acquired strength to help us through future setbacks without fearing that failure can make us crumble.