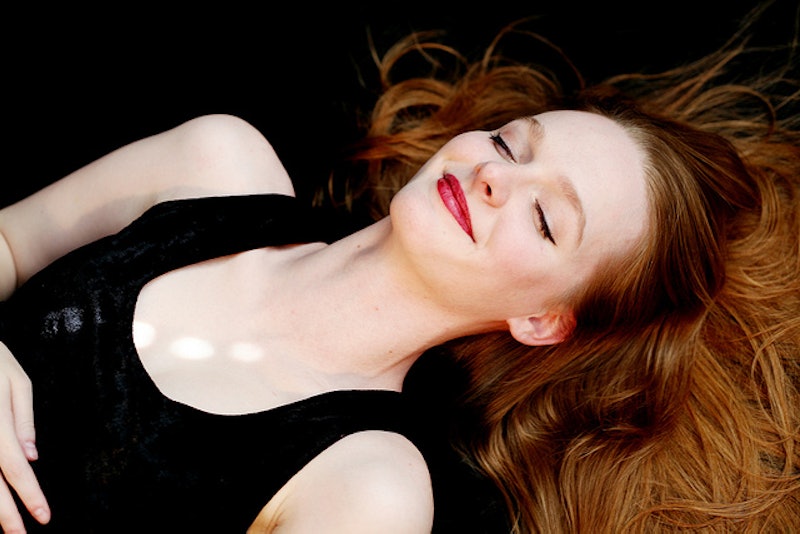 If I could talk about it all day, I would. Luckily, I get paid to and the rest of the time, well ... let’s just say my college professors probably hate me. I love the clitoris. Not only for what it does for me, but also the sheer magic of its biology and its role in sexual liberation. But from how clitoris size affects orgasm to its only purpose, the basic facts aren't widely known. Up until around 1970, the clitoris was largely disregarded and given little to no credit for orgasm. Most of society believed that women only achieved orgasm from vaginal penetration (i.e. we couldn’t function without dudes) and sadly, the clitoris remained a secret. By secret I mean, not a secret. Because guess what, IT’S LITERALLY RIGHT THERE.

I like to think of the clitoris as evolution’s way of smashing the patriarchy. Second-wave feminism embraced the clitoris as a symbol for sexual revolution and even caused quite the battle between women who claimed to experience orgasm vaginally and women who did not.

But regardless of how you get your rocks off, clit-eracy drastically changed the way the world thinks about sexuality. It made room for a newfound freedom, sexual expression and, in turn, broke down the widespread standard of heteronormative sex.

AND HALLELUJAH TO THAT.

1. It's the most sensitive place on the body

The clitoris has 8,000 nerve endings, which is twice that of a penis and more than anywhere else on the body. The clit is so sensitive, in fact, that some folks can’t experience pleasure from direct stimulation. So be nice to that little clitoris of yours, it has a lot of feelings.

Not only should you not underestimate the power of the clit, but you shouldn’t underestimate its size either. The clit is actually close to five inches long and runs up the walls of the vagina, which means that most often even vaginal orgasms (orgasms caused by penetration) are clitoral orgasms. So whether it’s external or internal, thank your clitoris for all of it.

3. It’s only job is to give you an orgasm

This is my favorite fact of all time. I say it at dinner parties, on dates, at my cousin’s fourteenth birthday party. Not only is its sole purpose for pleasure, but it’s also the only part on the entire human body of its kind. While a penis might be used for urination, ejaculation and pleasure and a vagina could be used for menstruation, childbirth or penetration, the clit just sits pretty like, “Let me do my job, and you do yours.”

4. It COULD be compared to a penis

A common myth is that the vagina is just the penis introverted. Hint: MYTH. The clitoris is actually more similar to the penis when it comes to anatomy. The clitoral hood serves the same purpose as foreskin and, like a penis, the clitoris also fills with blood when it’s aroused.

I say size “might” matter because I’m not about to go and tell people that their clitoris isn’t perfect just the way it is. What I mean is, various studies have shown that women who’ve never experienced orgasm also tended to have smaller clitorises, compared to women who have. If you’ve got a smaller clitoris, it might just take a little more work to locate. And trust me, it will be WORTH IT.

6. And it grows over time

Yep, your clitoris will almost quadruple in size after puberty. Talk about a bright future.

You will never, ever lose orgasmic potential. Consider your clit to be the most well-made car of all time. Even after 250,000 miles, it’s in perfect condition.

8. The world is afraid of it

Do you remember learning about the clitoris in your middle school sex-ed class? Probably not. In fact, most people don’t learn about the clitoris until much later when they discover it on their own. Well now you’re an expert. Go have fun.