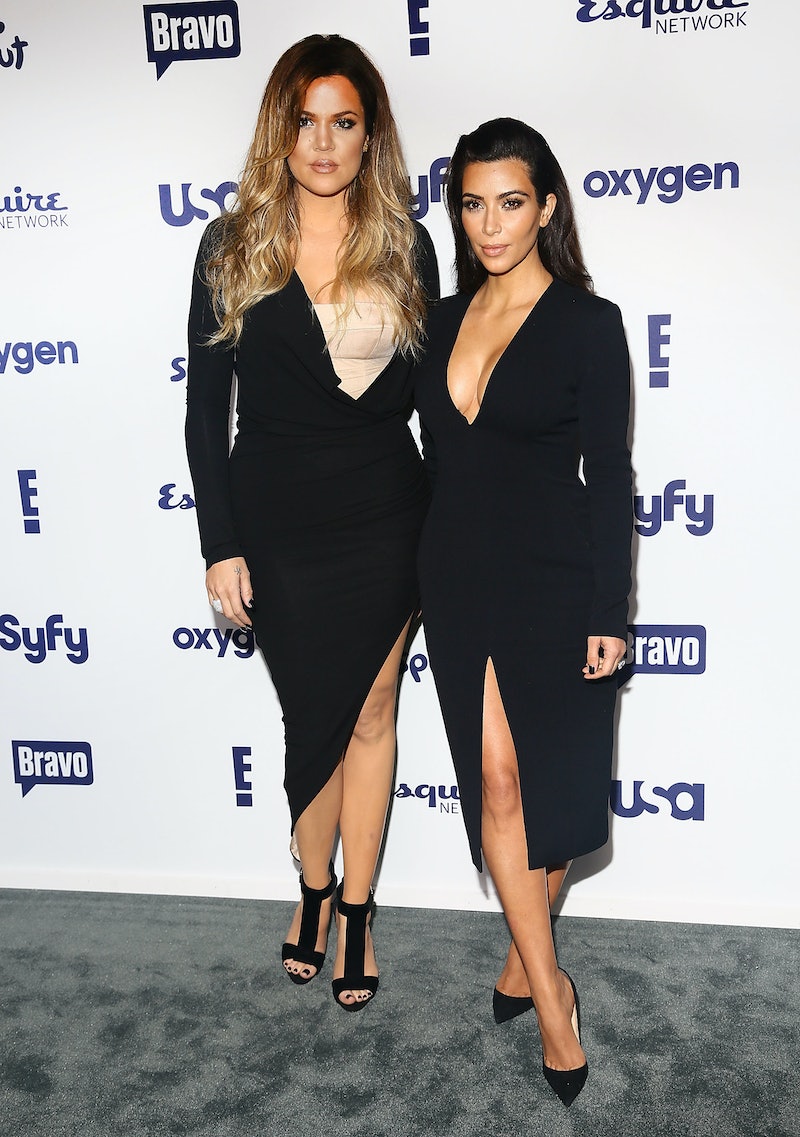 The Kardashians have landed! That's right, Kanye West, North West, and Kim and Khloe Kardashian are in Armenia. Apparently, Kim and Khloe wanted to visit the homeland of their ancestors for personal and emotional reasons, not just for pure fun. Even though it's two weeks before the centennial, they wanted to honor those 1.5 million Armenians killed by Ottoman Turks on April 24, also known as the Armenian Genocide of 1915. The killings remain a controversial subject, especially for Turkey, but that isn't stopping the Kardashians from honoring their ancestors and heritage.

According to Kim's rep, Ina Treciokas, their trip will be showcased on their E! reality show, Keeping Up With the Kardashians. This means fans of the show will get to see their journey, in addition to their visit to the vast complex in Yerevan that commemorates the victims.

This is the first time the Kardashians have been to Armenia, and per Kim's rep, they will spend time getting to know their Armenian roots before heading back home before the April 24 commemoration date. For those who watch KUWTK, on more than one occasion their Armenian heritage has been discussed. Plus, it's also been reported that this trip was on Kim's bucket list.

Despite Armenia referring to the killings as a genocide, which is supported by historians, scholars, and most of the world, Turkey disagrees. According to USA Today, "Turkey vehemently rejects the term, maintaining that the death figure is inflated, that many people on both sides died, and that the deaths were not the result of a deliberate decision to wipe out an entire people."

Surprisingly, Kim has yet to post any photos or selfies from their trip, but Khloe hasn't been shy about sharing their trip:

As you can see in the above caption, Khloe is thrilled to be in Armenia. I'm sure Kim will be taking to social media soon enough to share her trip with her followers. Until then, here are a few more photos from their special journey.