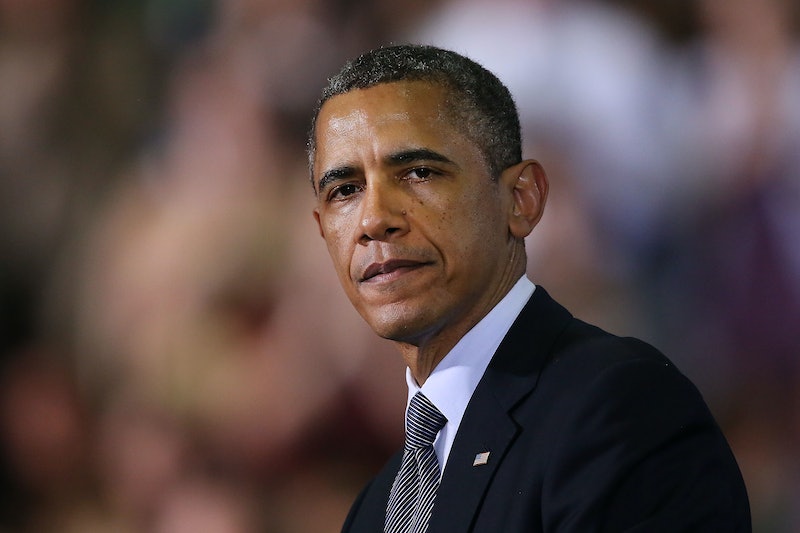 In response to a petition on the White House website, on Wednesday the Obama administration called for a ban on "conversion therapy" for LGBT youth, The New York Times reported. The "We The People" petition sought to have the controversial practice outlawed, pointing to the December suicide of 17-year-old transgender woman Leelah Alcorn. Prior to jumping in front of a tractor trailer to end her life, Alcorn wrote a post on her Tumblr describing how her parents had enrolled her in conversion therapy, and according to the petition, had "pulled her out of school and isolated her in an attempt to change her gender identity."

While the Obama administration says he will not call for a federal law banning the practice, he will work toward ending conversion therapy at the state level, the Times reported. The White House response to the petition, written by President Obama's adviser Valerie Jarrett, denounces the use of conversion therapy, in particular when it is used on vulnerable LGBT kids.

The overwhelming scientific evidence demonstrates that conversion therapy, especially when it is practiced on young people, is neither medically nor ethically appropriate and can cause substantial harm.

Jarrett wrote that conversion therapy frequently is used on minors, "who lack the legal authority to make their own medical and mental health decisions," often with "potentially devastating effects."

The White House response cites the numerous medical organizations, including the American Medical Association, the World Health Organization, and the American Academy of Pediatrics, which have spoken out against the practice of trying to change a person's sexual orientation or gender identity as being harmful. But only two states, California and New Jersey, as well as the District of Columbia currently have bans on conversion therapy, according to The Washington Post. When he signed New Jersey's ban in 2013, Gov. Chris Christie (yep, Republican governor Christie) wrote that "exposing children to these health risks without clear evidence of the benefits that outweigh these serious risks is not appropriate," according to Jarrett's statement. She echoed those sentiments on Wednesday.

As part of our dedication to protecting America’s youth, this Administration supports efforts to ban the use of conversion therapy for minors.

Alcorn's tragic case struck a chord for many in the LGBT community and its supporters. In her final Tumblr post, she wrote "my death needs to mean something." The original petitioners sought to have a ban on conversion therapy named Leelah's Law, in her honor. While the Obama administration isn't pushing that idea yet, its support for state laws banning the attempted brainwashing of LGBT youth is a step in the right direction.

More like this
The Families Of Grenfell Tower Are Still Waiting For Justice, Five Years On
By Bustle UK
5 Concrete Ways To Take Action Against The Rwanda Deportation Plan
By Rachel Mantock
Jujubee’s Humble Reminder
By Sam Ramsden
Megan Barton-Hanson On Bi-Visibility & The Need For LGBTQ+ Love Island
By Sam Ramsden
Get Even More From Bustle — Sign Up For The Newsletter