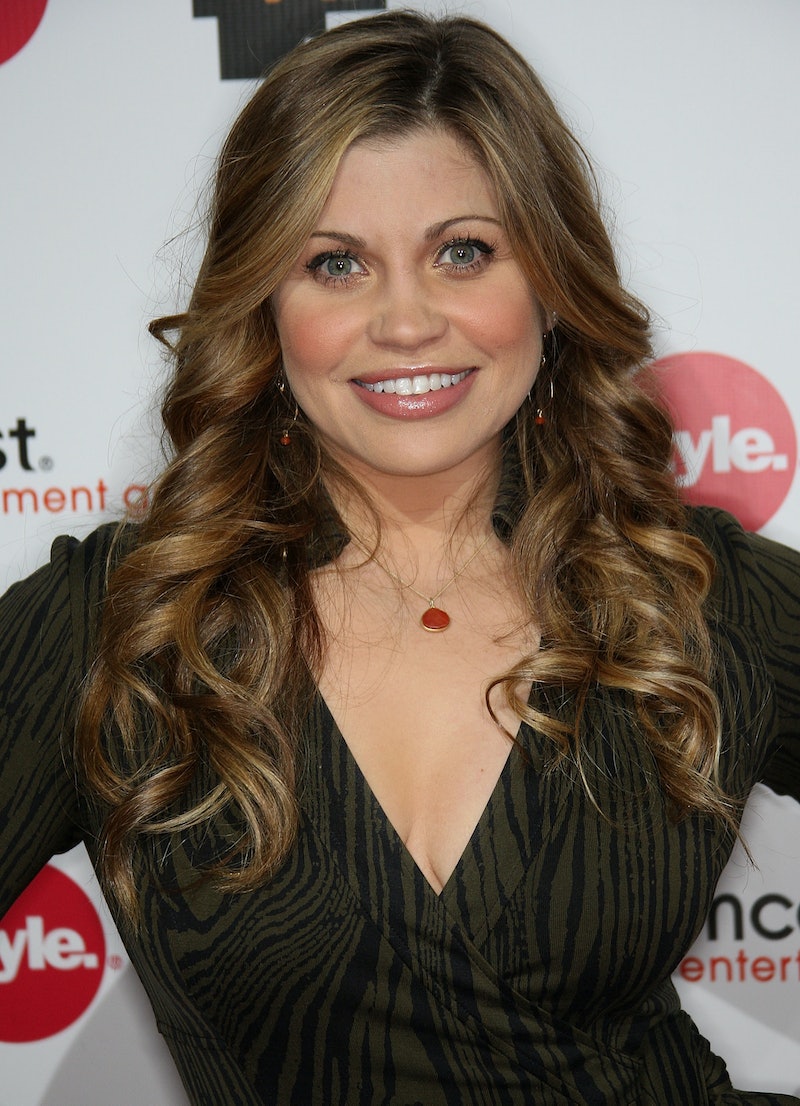 Danielle Fishel doesn't have to give any of the shits about your screwed-up, fat-hating priorities, you idiot troll monster insecurity-fueled hatewraiths. Why? Probably because she's too busy getting married, living her own life, and starring in Girl Meets World, a continuation of her Topanga days on the classic TV kids series, Boy Meets World. You know, the sort of stuff that drives Asshat Nincompoopery to Defcon 5. The recently married Fishel has apparently come under fire from the Normalcy Police for having married a man seven years her junior and committing the heinous crime of being a woman with a body in the public eye.

Oh good! This is great. I love it when the Generalized Fringes of Internet Society band together to take on such a noble task: telling other people what is and is not OK for their livelihood and bodies. Isn't it wonderful to see such human heroes put this woman in her place? To let her know that in a world such as ours, it is SO NOT OKAY to do things like exist in a body, or love another human. Quick — somebody get the Nobel Peace Prize committee on the phone because I think we've found the 2014 winners.

Which is great, because kicking a woman who's been very open and honest about her own eating disorder in the past is a surefire way to ensure that ladies learn both their place and what their real priorities should be. And according to the Normlacy Police's Guide to Projecting Your Own Insecurities for Maximum Audacity, that means reminding Fishel of when she was on top of the world: adhering to a strict diet of laxatives, iceberg lettuce, and shame-vomits. Dream big, you guys! Fight the good fight! Take 'er down a few pegs — she (and the world!) need to know that fear and shame are the great normalizers.

"I was terrified to eat," explained Fishel. When she collapsed on set one day (at age 16, weighing in a the mega-tonnage of 89 WHOLE ENTIRE POUNDS), she realized, "This was not a game."

But horror of all horrors — for some reason their work isn't actually working! What? No! Say it isn't so! How is it that Fishel is able to, we shudder to think, rise above such hypocrisy and bullshit? By taking to Twitter and raging a firestorm all her own.

Luckily for Fishel, she's got that boss bitch routine down pat: Kill 'em with kindness while fueling their rage fire: Sounds like she's got the last laugh.