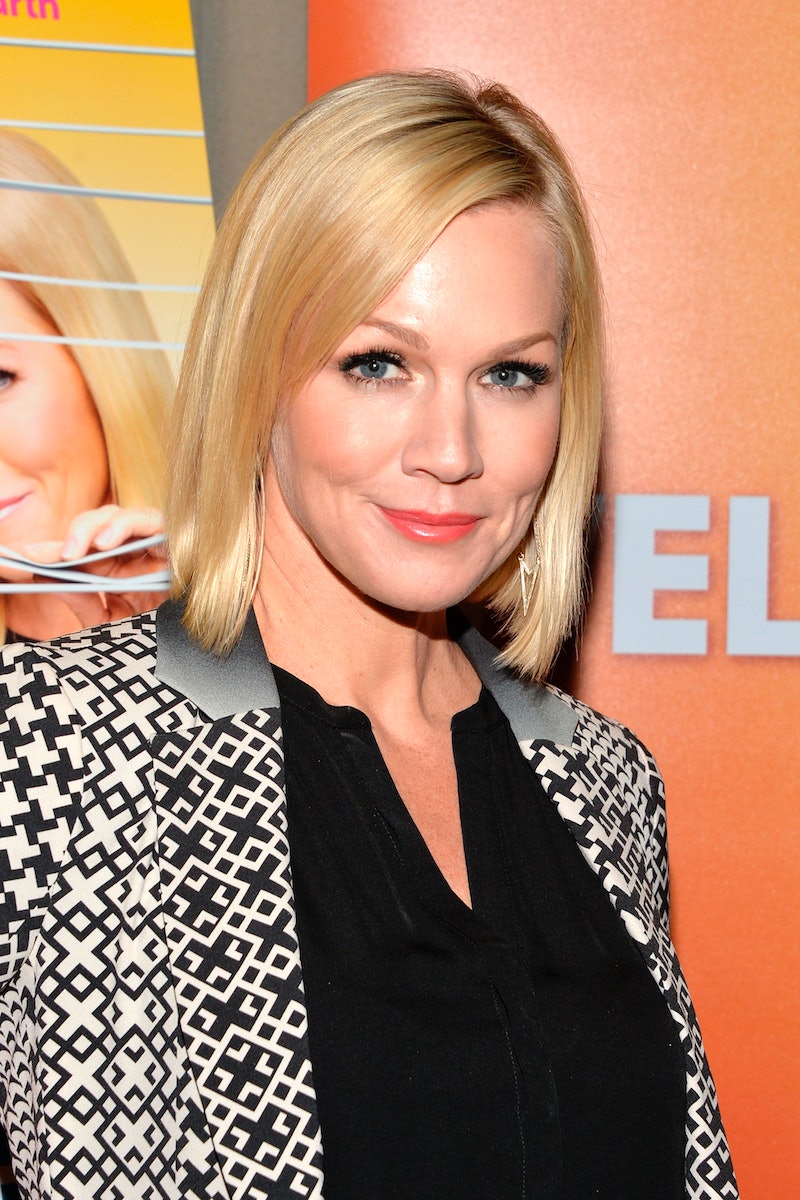 Kelly Taylor is getting married! OK. Not the character from Beverly Hills, 90210, but the actress who played her is. That's right, Jennie Garth is engaged to David Abrams, their reps confirmed to People. A source told the entertainment website, "Dave had been working on this for months, and really wanted to plan something special for her around her birthday and make it perfect." The two have been inseparable since last fall, and Us Weekly confirmed Garth and Abrams' relationship in January.

This will be Garth's third marriage. Previously, she was married to Daniel Clark from 1994 to 1996. Then, she tied the knot with actor Peter Facinelli in 2001. In 2012, Garth and Facinelli ended their marriage, but share custody of their three daughters, Luca, Lola, and Fiona. As for her ex-husband, Facinelli is engaged to Jaimie Alexander, so it looks like neither of them gave up on love after their split.

So, who is Garth's fiancé? Besides being quite handsome (come on, you know you like that scruff he's sporting, too), Abrams is an actor like Garth. He isn't as popular as Garth, but he did snag small roles in the comedies 2 Broke Girls and That '70s Show, and even played a role in the movie J. Edgar, which featured Leonardo DiCaprio as the FBI's first director, J. Edgar Hoover.

Other than his acting credentials, what do we know about Abrams? Well, let me tell you.

He Loves Sports & Being Active

Based on Abrams' social media accounts, it's not difficult to tell that he loves sports. From surfing to golf to baseball to basketball, Abrams loves being active and watching his pro teams as well.

His niece and nephew met Keanu Reeves and Gary Busey. Uncle of the year? I think so, even if they probably don't know who these Point Break actors are.

Does it get better than this? I think not.

He's Head Over Heels For Jennie

I guess it's a good thing they're getting married.