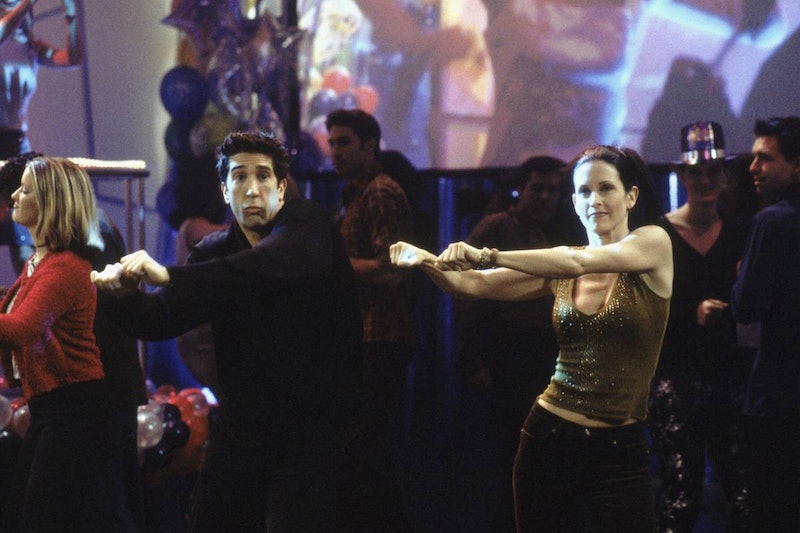 When it comes to television siblings, there are few who can match Ross and Monica in fights, pranks, and spilling of each other's deepest darkest secrets. Sure, Ross and Monica could be terrible to each other, but they've certainly had their redeeming moments. Throughout Ross' many divorces and his professional meltdown, and throughout Monica's early career struggles and her relationship woes, they were always there for each other (just like in the theme song). It's high time Ross and Monica get a little credit for creating some of Friends ' most memorable moments, not to mention the show's most hilarious and honest ones. Whether you're the oldest sibling who can do no wrong in your parents' eyes, or the youngest who is always trying to please everyone, there's something about the Gellers that you can certainly relate to.

I am the youngest of two in my family and, yes, I was/am an overachiever just like Monica... though I do not share her affinity for obsessive cleaning. However, I do also have an insanely messy closet that holds all of my secrets. When I see Ross and Monica, I see siblings who fight, pry, overbear, and over-share... and siblings who really do love each other and know each other better than they know themselves.

Here are some of Ross and Monica's best sibling moments.

When The Routine Happened

When They Let All of The Cats Out of The Bag

When They All Played Geller Cup

Sure, they were a little obnoxious about it, but it did make for one of the series' most memorable moments.

This moment perfectly encapsulates Monica and Ross' relationship. Her guilt over the bump on Ben's head shows just how much she cares about her family, and, even when Ross gets a taste of karma by bumping his own head, she checks on him instead of laughing in his face (which he totally deserved).

When Ross Cried at Monica's Wedding

When Monica and Ross Wrestle