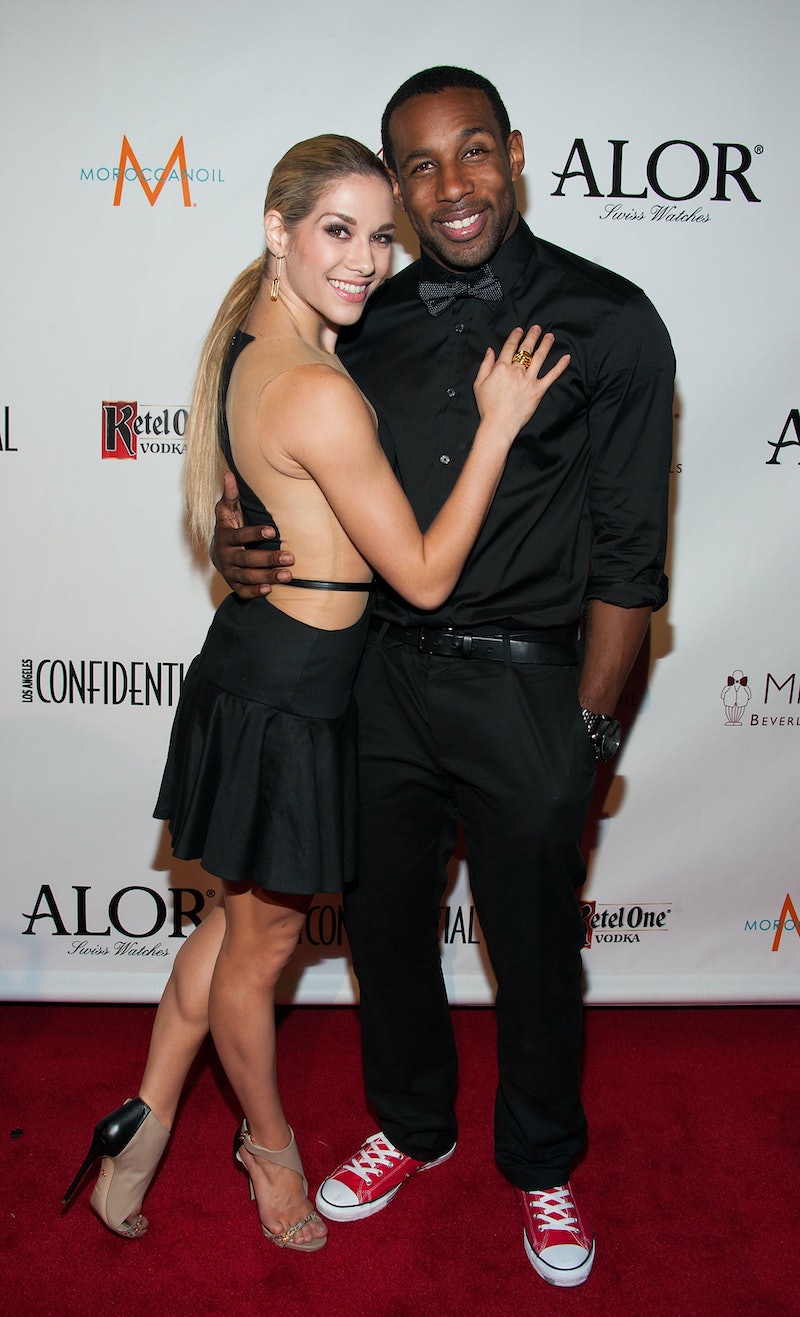 If you follow the world of televised dance, then Dancing With the Stars pro Allison Holker and husband tWitch — aka Stephen Boss — are basically your Will and Kate. This dancing couple, both of which have starred on So You Think You Can Dance, married in 2013 and have been taking the televised dancing world by storm since. Now, Allison is a professional dancer on DWTS partnered with Riker Lynch. tWitch, who was one of the fan-favorites during Season 4 of So You Think You Can Dance and other seasons to follow, has been pretty busy himself, and you won't believe some of the names he's danced with.

tWitch has been a very busy guy in the dance world since he participated in SYTYCD. For fans of Ellen DeGeneres Show, you probably have seen tWitch DJ'ing for the talk show host since 2012. But if that's not enough tWitch for you, you're in luck, because you're definitely going to be seeing more of him very soon, in multiple different dance roles. tWitch has been very busy since you last saw him, and he's been busy with some pretty famous people. Here is what tWitch has been up to and what he has coming up in his career — because we can never get enough tWitch in our lives, right?

tWitch is back in his home habitat this summer when he and Travis Wall team up as mentors for So You Think You Can Dance. The theme this season is "Street Vs. Stage," so tWitch will be a mentor for the "street" performers while Travis will be a mentor for the "stage" performers. The famous faces he'll be working with? Paula Abdul and Jason Derulo join as judges this season.

tWitch is all about #TeamRallison, which is absolutely adorable. He is totally into making sure he helps his wife and her partner garner as many votes as possible each week on DWTS.

Dancing With Ellen DeGeneres And FLOTUS

DeGeneres has always been a huge supporter of SYTYCD — remember that number she performed with tWitch? Amazing. — and Michelle Obama is a huge fan of getting up and being active, so this collab only makes sense. tWitch, DeGeneres, and Michelle Obama (plus other SYTYCD alum) all came together to promote the #Gimme5 movement, which promotes encouragement when you see someone doing something healthy.

Probably Dancing With Will Smith

I don't know if they danced, but one could dream that they did a little Carlton dance or some type of dance, since Smith has always been a great dancer.

Not a bad group of gentleman to be dancing with, huh? I'll save you the time — 40. I counted 40 abs on that stage. Yep, tWitch is in Magic Mike XXL, which comes out in July.

Dancing With The Penguins of Madagascar

tWitch also danced with some of the cutest dancers on the planet, the Penguins of Madagascar. tWitch spread the love of dance to a ton of people by teaching them the Penguin Shake on Ellen and the web.