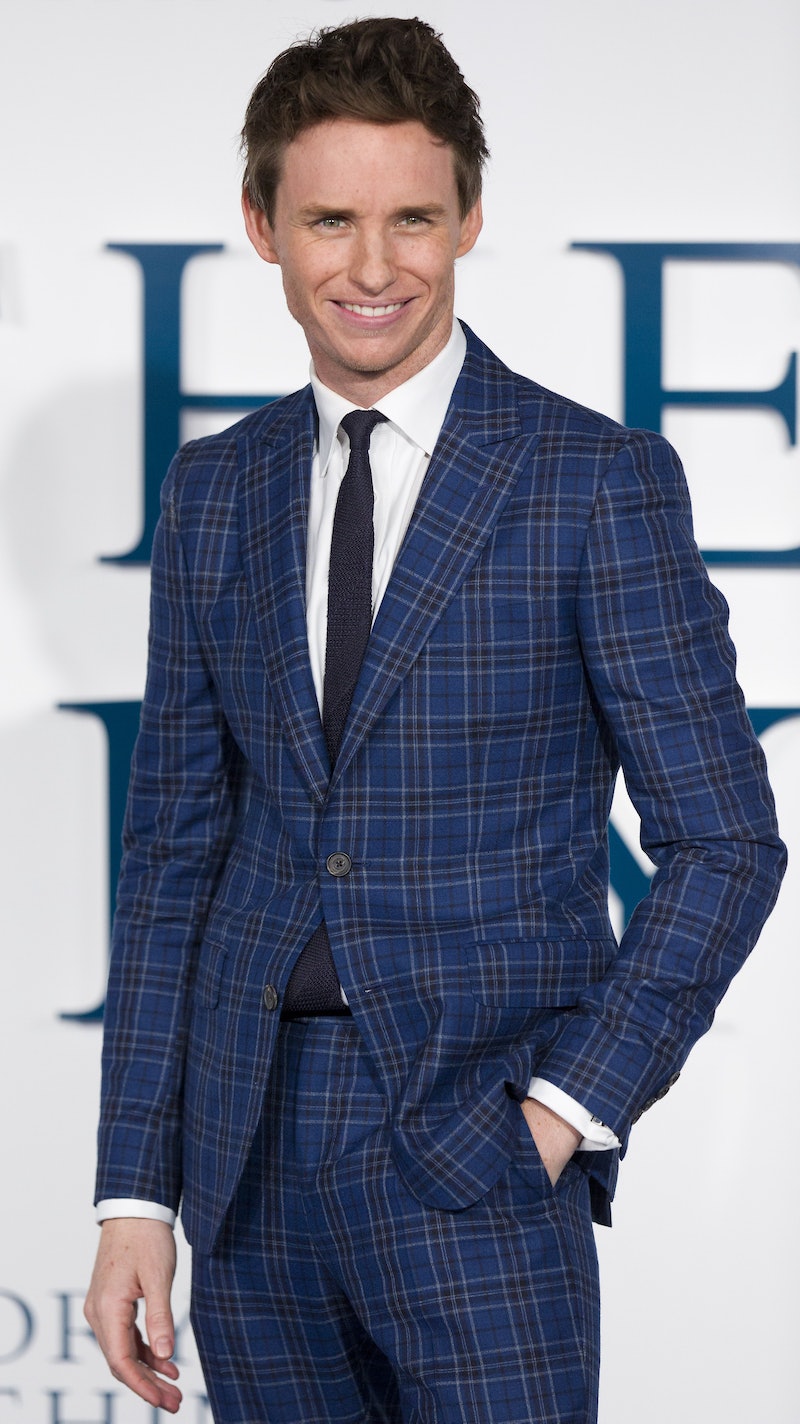 If you're anything like me, you were totally devastated when the final Harry Potter film hit theaters a few years back, because you realized it was the end of an era and you weren't quite ready to let go. Then, Warner Bros. made HP fans' day last year when they announced that a Harry Potter spinoff is in the works in the form of a trilogy adaptation of Fantastic Beasts and Where to Find Them . While it's neither a sequel nor a prequel, it is an "extension of the wizarding world" we were introduced to in Harry Potter, and a book that actually existed within the Harry Potter universe as a Hogwarts textbook. Perhaps even more awesome was the news that The Theory of Everything star Eddie Redmayne is apparently the frontrunner for Fantastic Beasts, meaning he could portray Newt Scamander, the author of the eponymous book.

While Warner Bros. has declined to comment on this casting news and nothing is set in stone just yet — including which characters from the original Harry Potter series will turn up in Fantastic Beasts, if any — there's no reason we can't build on the excitement of the forthcoming film and imagine what the best creature cast ever might look like, right? Use your imagination and join me as I envision the greatness that Fantastic Beasts could very well turn out to be.

I know this is cheating a bit, and the events of Fantastic Beasts take place in New York decades before Harry Potter, but give me this — it's great for the nostalgia factor and it just makes sense. How can you have a Harry Potter-related movie without Harry and co.?!

Matt Smith as a Centaur

The movie is about non-human creatures, and while CGI will probably cover the majority of those roles, some are partly human and therefore could use some human actors. Matt Smith was at one point rumored for the lead role that Redmayne is now a frontrunner for, and he's no stranger to the fantasy/sci-fi genre, so he's totally meant for this project. Can't you see it now?

Pixies in Harry Potter are slightly different than in other fantasy stories — they can be naughty and downright dangerous if not handled right, but their mischievousness is part of what makes them so fun. Stone and Kendrick are awesome, and would totally rock this.

Benedict Cumberbatch as a Werewolf

Sure, we already had Remus Lupin as Harry Potter's resident werewolf, but it's time we meet a full-blown werewolf — and who better to play one than Benedict Cumberbatch? He's got that bizarre energy that always seems a bit wild and unconfined, which would make him the perfect werewolf.

Emily Blunt and Anne Hathaway are already buddies after having starred together in The Devil Wears Prada back in 2006, so why not reunite them in this project as mermaids? They're beautiful, they're funny, and they could get into a lot of trouble. I'm all for it!

Jon Hamm as a Yeti

There's no real reason behind this one other than that I love Jon Hamm and will watch him in anything. He's got a great sense of humor and comic timing, so I think he'd be into it — plus, with Mad Men over, he's got the time. Make the call, Warner Bros.

Amy Poehler as a Leprechaun

That's right, a LADY leprechaun. Amy is hilarious and really throws herself fearlessly into any role she takes on, so there's a ton of room there for her to steal the show with this role.