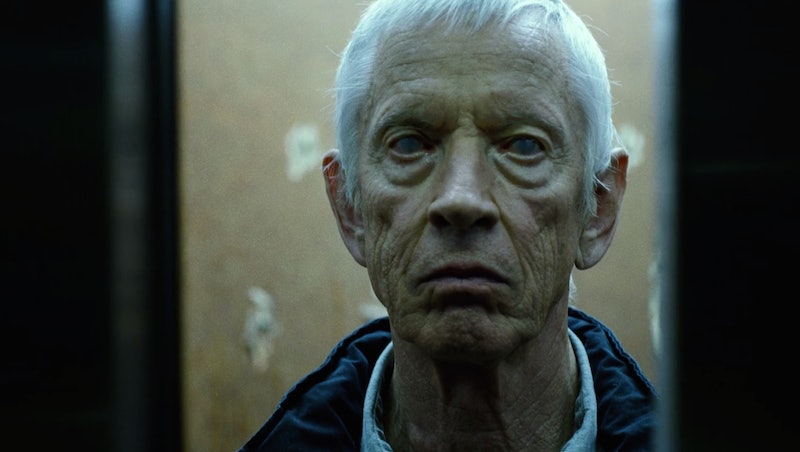 Viewing marathons are in full affect with the release of Marvel Television and Netflix's new series Daredevil . The series is a dark, gritty look at the underworld of Hell's Kitchen post-Avengers' New York City destruction. Matt Murdock is running around town fighting off bad guys who all lead back to the big bad Wilson Fisk, aka Kingpin, as Fisk takes control of the city during its reconstruction. While Matt has a million things already on his plate thanks to Fisk and his future potential love interest Karen Page, in comes Matt's old mentor Stick (who is from the Daredevil comics), played perfectly by Scott Glenn, to hardcore shake things up.

He shows up unannounced to New York City to defeat an ominous villain called The Black Sky, and we see flashbacks into his mentoring of Matt which is less than pleasant. But what's fascinating about Stick in Daredevil is the teases we get about his mysterious missions and with whom he spends his time. In the seventh episode of Season 1, "Stick," we see Matt's mentor enter a dark room and talk to some mystery man about Matt. Unfortunately, we don't really find out who is Stick working with and why they're worried about Matt's progress as a vigilante superhero.

Unfortunately, the true answer to both questions is: I'm not sure. Much like the Netflix series, the comics don't say much about Stick's backstory. What we do know is that he is the leader of The Chaste, a mystical martial arts group whose function is to fight The Hand, an evil martial arts group who is controlled by a demon.

In the series, Glenn plays Stick amazingly well as a blind man who served as Matt's sensei and trained him in martial arts, but nothing more. He was never meant to be a friend, a confidant, or a father-figure. In fact, in flashbacks when Matt tried to offer Stick a bracelet made out of an ice cream wrapper as a memento to what he thought was a true, emotional mentor-pupil relationship, Stick walked out on Matt for years. They even beat each other up in the episode.

But nonetheless, Stick cares about Matt as a student who needs to understand the way of the world and what it takes to defend himself and fight evil. In his mind it means having no precious possessions, no emotional ties to other people and murder. But that's where Matt and Stick fundamentally differ.

So who is Stick talking to in the final moments of his episode? The most obvious guess is that the man is connected to Stick's life in the Chaste. Considering how it could be analyzed that Stick was speaking to someone who ranks above him, he could be speaking to Master Izo, the founder of the Chaste who in the comics is said to be several hundred years old. Or for anyone who doesn't believe Stick was speaking as a subordinate, it's possible that he was talking to one his Chaste brethren/underlings like his second-in-command Stone. It would make sense to introduce the Chaste in future seasons of Daredevil considering Stick's association and Matt's future association with them as told in the comics. It could also mean that the appearance of Elektra is highly likely and if that's the case, I'm now even more excited for Season 2.