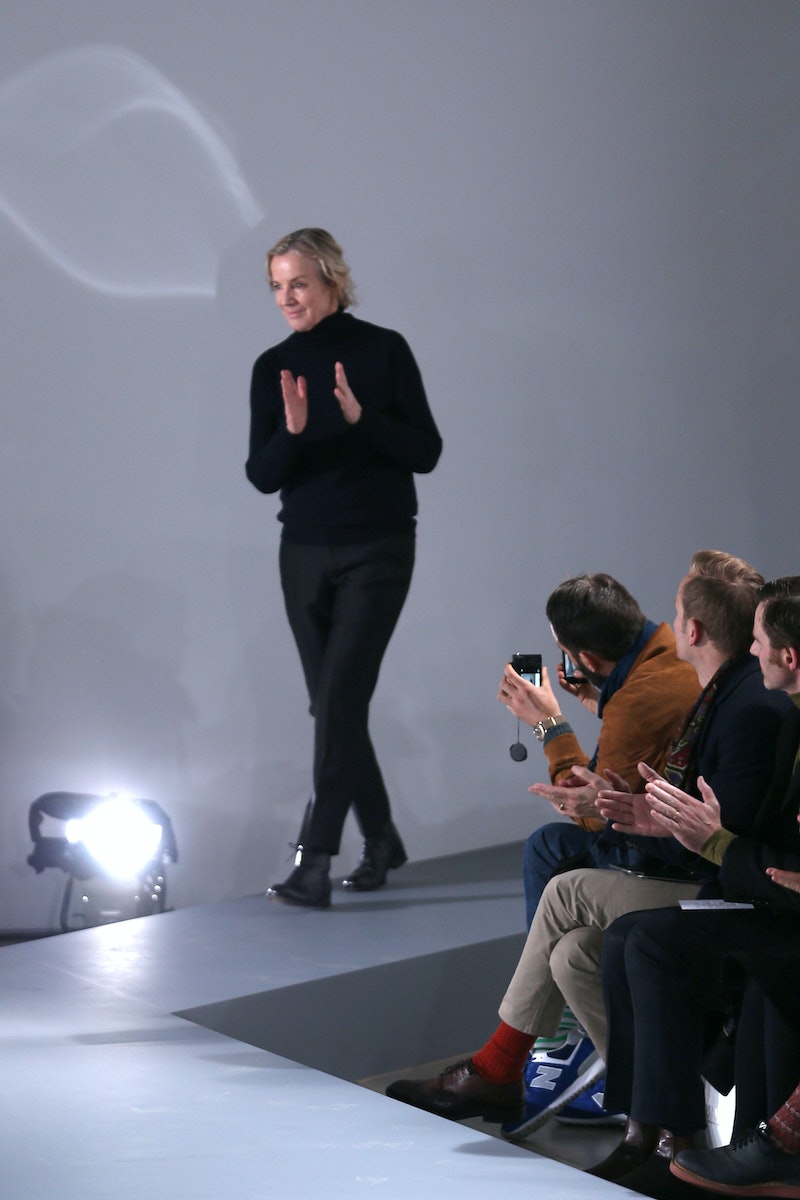 The waters of the fashion sea have been pretty choppy lately. From Marc Jacobs' departure from Louis Vuitton to the death of the infamous Vogue internship, the leaves aren't the only things changing this fall. Now, another designer is also hopping on the bandwagon: Jil Sander just announced she is leaving her namesake brand. (No, you're not having déjà vu. This is Sander's third exit from the company.)

Sander launched her the eponymous label in 1968, and first left its helm in 1999. She returned in 2003, and left shortly afterward. Then, when Raf Simons moved from Jil Sander to be creative director Dior in 2012, she returned once more. And now, a little more than a year later, she's gone.

WWD cites her exit as being "for personal reasons," and given that the 70-year-old has been making gorgeous clothes for decades, we imagine she never had plans to remain as head for too long this time around. Plus, the company's chief executive bid her a very fond and friendly farewell:

"On behalf of the group I want to thank Jil Sander for her remarkable contribution to the brand over this period. Her outstanding design and creative leadership have been crucial in reinforcing the brand and positioning it to foster further prosperous growth."

Despite the seemingly amicable nature of her departure, we're still pretty surprised. But most importantly, we're dying to know: Who will take her place?