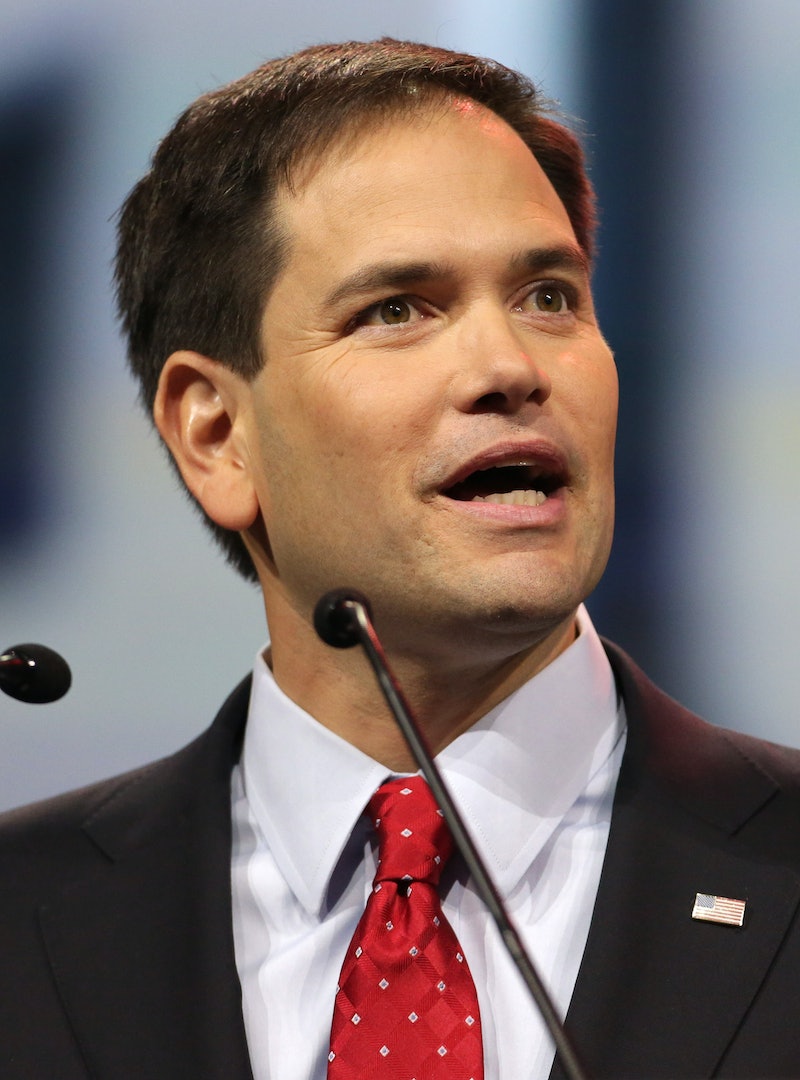 With Marco Rubio’s announcement on Monday that he’s running for president, the candidate enters a new level of scrutiny. While Rubio has made the news, he hasn’t faced nearly the same level of scrutiny as some of his competition — just think Ted Cruz, Rand Paul and Hillary Clinton, who have all now officially announced their candidacies. However, there is one issue on which Rubio has regularly thrust himself into the spotlight on: abortion. While Rubio’s opinions on abortion might appeal to a select group of conservatives, his views might need some reassessment if he hopes to win the votes of the greater American population.

For starters, Rubio strongly opposes Roe v. Wade, the landmark Supreme Court case that said it was a woman’s decision whether she wanted to have an abortion — not the state’s — and largely diminished state and federal powers to restrict access to abortion. According to Ballotpedia, in 2012, Rubio said that he thought the Roe v. Wade ruling was a horrible decision by the court.

It is perhaps the most egregious and devastating example of a court that has decided that because a political branch will not deal with an issue they think is important, they’re going to step in and make a policy decision and literally create a Constitutional right.

According to The National Review, a conservative magazine, Rubio views the right to life as paramount to a woman’s right to decide whether or not she has an abortion. Other instances of Rubio’s hard-line stance on the issue evidenced in bills he’s supported include examples in both 2011 and in 2013.

In April 2011, Ballotpedia reports that Rubio supported ending taxpayer funding of Planned Parenthood. He attributed his opinion to the country’s $12 trillion debt and to his objections to what the organization does. In 2013, Rubio had planned to introduce a bill that would ban abortions after 20 weeks. His bill centered upon the claim that fetuses can feel pain after 20 weeks.

However, although Rubio does espouse these potentially controversial hard-line views on abortion, that doesn’t mean that he is oblivious to the potential implications of such endorsements. The Daily Beast reports that Rubio initially hesitated to support the 2013 bill and that anti-abortion groups had to work for months to convince the waffling senator to give his support. While the bill was in line with Rubio’s beliefs, he knew that such a sensitive subject could easily be mishandled and impair his chances in 2016. Jack Pitney, a professor of government at Claremont McKenna College told The Daily Beast:

Any politician who talks about this has to do it with great sensitivity. It will be a test of [Rubio’s] political skills. If he passes that test, he will look good in 2016, and if he messes up, better to do it now than in the middle of a presidential campaign.

Rubio ended up introducing the controversial bill, and nothing necessarily blew up in his face after he did so. In fact, as Rubio announces, he’s looking pretty good in the presidential race. Some even contend that he’ll be Clinton's biggest threat in 2016. But just because Rubio made it out of his previous anti-abortion efforts unscathed in the past doesn’t mean that the same will happen again if he makes it to the general election in 2016.