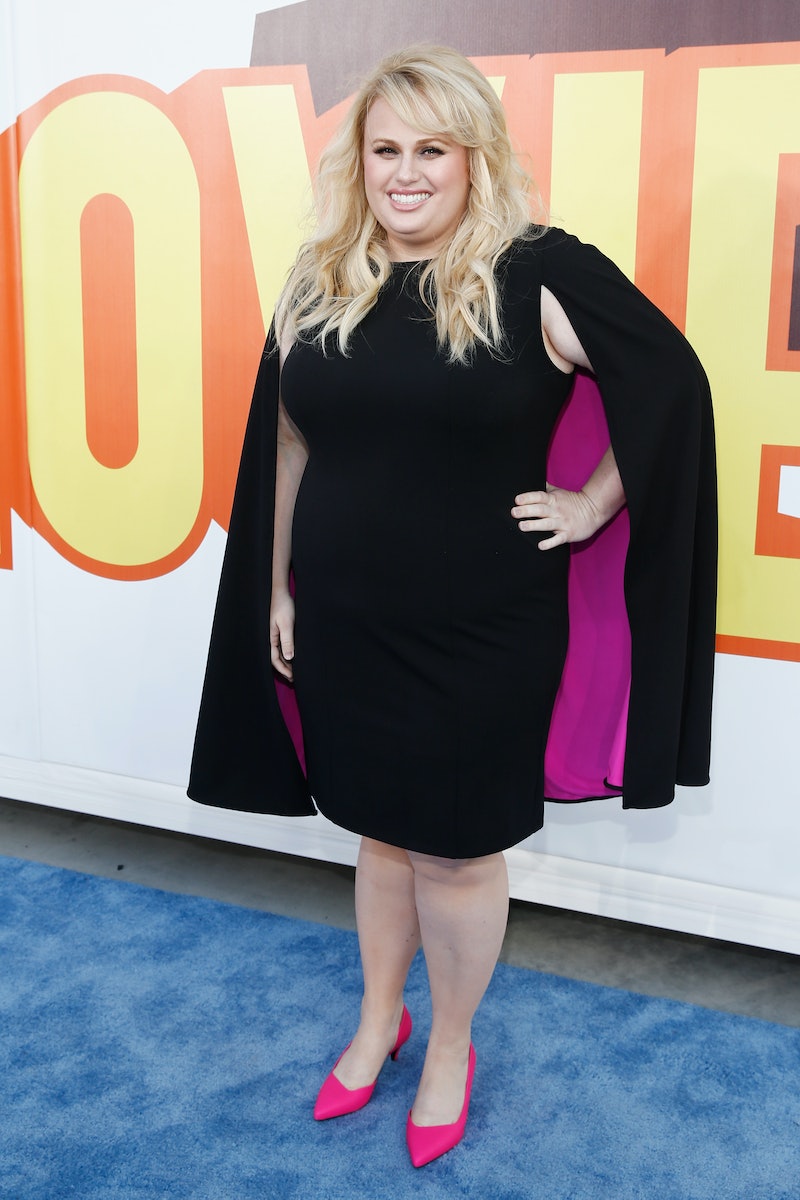 Only a few weeks after covering Elle Australia and just one week after covering Elle U.K., we were graced with yet another seriously chic an on-trend ensemble by Rebel Wilson at MTV Movie Awards. Opting for a sleek and stylish black knee-length cape dress with magenta lining and shoes to match, Wilson looked current, confident, and just positively stunning. Even better? She looked like she was having so much fun with the cape in the breeze and told reporters that she wore it because of "girl powers."

Wilson's look is a great move in the direction of "style icon," a role that she felt the responsibility to step into after realizing that she's one of the only people her age and her size that young girls have to look up to in the mainstream media when it comes to plus-size fashion. She spilled to Elle Australia that she wants to use her visibility as a young, plus-size celeb more seriously to show younger girls that you can be fashionable and plus-size. Although she has always looked really cute on the various carpets she's walked for premieres and awards, the look she sported at the MTV Movie Awards is definitely her most contemporary and most glam to date. Proving that you can look like a babe, have fun, and be talented to boot? That's the kind of style icon I want.