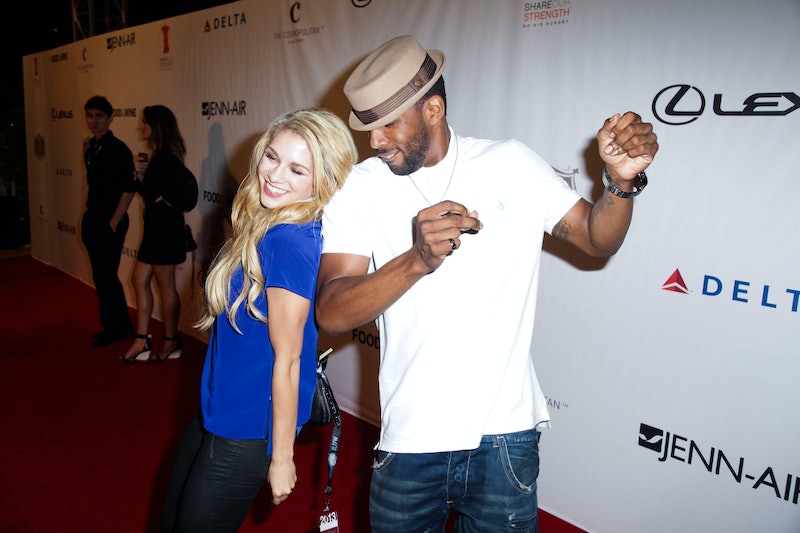 The Houghs and Zieglers may have the dancing siblings contingency on lock, but Allison Holker and Stephen “tWitch” Boss have to be the cutest couple in professional dance. Even before Allison and tWitch started dating, they were busy being adorable while ignoring each other. In 2012, a year before they were married, the couple told Dance Spirit Magazine that they nearly didn't get together because they were both so actively ignoring each other when Alison and tWitch first met in Season 7 of So You Think You Can Dance, where they were both performing as All-Stars. Now, almost exactly five years later, Allison and tWitch have mostly overcome their shyness around each other.

In the same interview, Allison said that it was her who eventually made all of the first moves to act on their mutual attraction during SYTYCD, and tWitch agrees: "I'm really thickheaded." She got his number, she did all the meaningful arm touching, she reached out after he made his big debut in Step Up 3D, but tWitch finally got it together to make sure Allison was going to the Season 7 wrap party, and when they spotted each other across the room they "went upstairs and danced for three hours straight." That's not a euphemism... these two dance a lot.

Allison has a great Dancing With the Stars partner in Riker Lynch this season (her second on TV's other biggest dancing show), but she has a permanent partner in now husband tWitch. Check out five of their most adorable couple moments, one for every year they've been dancing together.

No, tWitch isn't even in this most adorable moment, but knowing that this Allison's dance moved him to tears in Season 7 before he and Allison had even worked up the nerve to talk to each other is pretty sweet.

Their Valentine for Ellen

Only these two show their love most effortlessly in sweat pants. Everyone knows tWitch is Ellen DeGeneres' favorite guest DJ to have on her show, and it's for good reason: She loves to dance and tWitch is always dancing for her! tWitch has surprised her with many routines over the years, but when love was in their air for Valentine's Day, he invited Allison to join him for a definition-of-adorable number.

OK, this moment is less adorable and more, uh, incredibly sexy. Before Allison was even an official DWTS pro, she and tWitch took the stage for a passionate number accompanied by Lindsey Stirling and her rock and her electric violin.

It just doesn't get much more adorable than tWitch's surprise proposal to Allison while they were filming a Microsoft commercial together: the thoughtfulness that went into planning it, the moment when Allison realizes they're not dancing for work anymore, that perfectly in sync impromptu dance number... him turning her around to reveal that her parents and daughter are there and calling her his "greatest inspiration!" I'm not crying, are you crying? Totally not crying.

And, of course, that most adorable proposal resulted in the most adorable wedding. One would expect nothing less than a perfect first dance to Adele's "One and Only," but that Allison and tWitch also obviously had the best time with their friends and family made the day seem extra special.

And if you're wondering if the whole family, including Allison's daughter, capped the night off dancing in coordinated suits... duh.