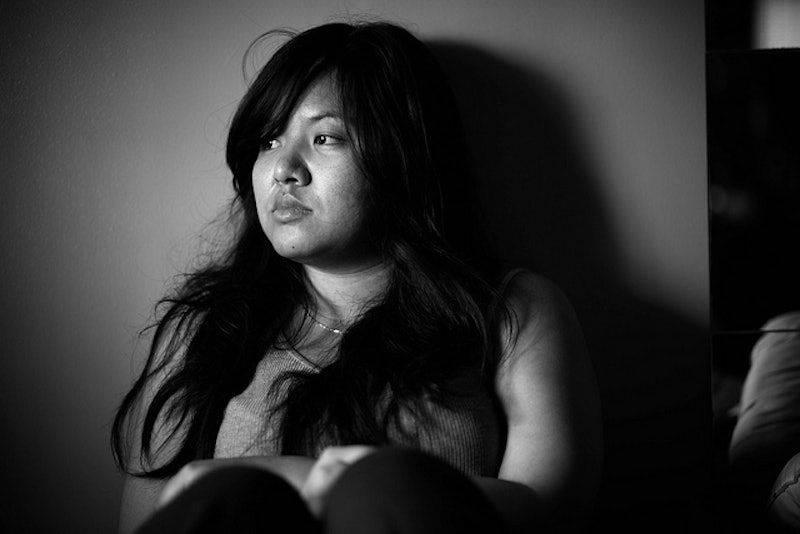 If you've ever had a particularly heavy period, or felt exhausted for no reason, and thought, "Am I anemic?," you're not alone. Though it may sound like an old-fashioned disease, 3.5 million Americans currently have anemia, making it the most common blood disease in the country. And women, in particular, make up the majority of those afflicted, with more than 10 percent of American women grappling with some form of anemia.

There are many different kinds of anemia —sideroblastic anemias or sickle cell anemia are two lesser-known forms of the disease — but iron deficiency anemia is far and away the most common form of the disease in the world. It is also the most common nutritional deficiency in the world, and is typically tied to a diet that does not contain enough iron, folic acid, or B12. Despite its reputation as a diet-based disorder, though, it is still possible to come down with anemia if you eat healthily; anemia can be caused by pregnancy, ulcers, heavy periods, colon polyps, blood loss, inflammatory bowel disease, or hereditary blood disorders.

So, what exactly happens when you have anemia? Anemia occurs when you do not have enough red blood cells to carry adequate oxygen to your bodily tissues, or when your red blood cells don't have enough hemoglobin. Since adequate oxygen in our blood allows us to be physically active, when we produce less than normal, we can feel tired, weak, and may even struggle to breathe. And anemia can have real health consequences if left untreated long-term, including hair loss and anxiety.

Anemia can be treated with a doctor's help, but first, you have to know that you have it. So if you've been feeling extra weak or cold lately, don't just brush it off — there may be more in play that just being extra tired. So check out the Mayo Clinic's top nine signs that you may be suffering from anemia, and if any of them sound like familiar complaints, don't be afraid to get in touch with your doctor.

The most common sign of anemia is fatigue. If you feel exhausted all the time for no reason — despite getting enough sleep and not over-exerting yourself physically — you may want to pop in on your doctor for an anemia blood test (called a "complete blood count," or CBC). Even if you don't have anemia, unexplained fatigue can be a symptom of many other health problems, like diabetes and thyroid disorders, so getting your sudden sleepiness checked out couldn't hurt.

Sporting a paler-than-usual visage can be a sign of anemia — because there is less blood flowing through the blood vessels in your skin, those afflicted can suffer from a slightly drained look (not unlike a TV vampire). So if you've been looking like an extra on Buffy lately, don't just slather on the self-tanner — call your doctor, too.

Since an anemic's blood is short on red blood cells, an anemic heart is working overtime to perform everyday activities. So if a simple jog around the neighborhood leaves you severely winded and with chest pain, don't freak out and decide that you're having a heart attack — iron deficiency anemia could be the culprit, too.

Dizziness covers more than just vertigo — it doesn't necessarily mean that you feel like the room is spinning around you. Sometimes, dizziness is a feeling of light-headedness, especially when you go from sitting to standing. And experiencing consistent dizziness is something to tell your doctor about, even if you think there's no way that you could have anemia — dizziness is a symptom of a number of other health problems, too, including low blood pressure, so it's nothing to ignore.

Anemics often have poor circulation, which can leave you with icy-feeling extremities. So if you're sleeping with your socks on, even during a heat wave, or if your partner always complains about your ice-cold hands, it's worth bringing up with your doctor.

When you brain gets less iron that it needs, its arteries swell and — bam! — instant headache. If chronic headaches have suddenly become a part of your life, talk to a doctor. I mean, your life doesn't need any more headaches, right?

If you can only take shallow breaths, no matter how deeply you try to breath, you may be dealing with an iron deficiency — when you're anemic, your body's oxygen levels are so low that you may always feel slightly out of breath.

Since anemia's root cause is an insufficient amount of red blood cells, the heart must work harder to circulate the same amount of blood throughout the body that it always does. This can put stress on the heart, and lead to an irregular heartbeat. But don't worry — this isn't a sign of impending heart failure. It takes a long time for anemia to impact your heart in any serious way — but that's no reason to put off a doctor's visit.

If things you could lift before without a second thought — a 40 oz beer, say, or a copy of The Norton Anthology of English Literature —suddenly feel like they take a lot more effort and strain your muscles, you may have a case of anemia on your hands. Muscles that aren't getting the oxygen that they need become less effective, potentially leaving you feeling as weak as a kitten (or Michelle Tanner). But luckily, you don't need to resign yourself to a life where you need help picking up a party-size bag of corn chips. Just get thee to a doctor.