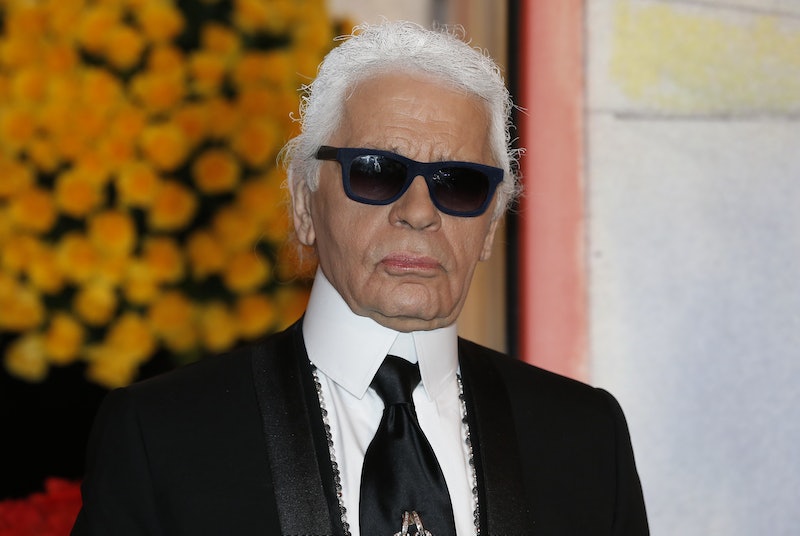 Karl Lagerfeld hates a lot of things. Ugly people...selfies...truck drivers—the list goes on. So what else does the ever-sassy Lagerfeld love to hate? Well, Zoolander, of course. According to Vogue, Karl Lagerfeld said he "didn't like" the Zoolander 2 cameo Ben Stiller and Owen Wilson made on Valentino's autumn/winter 2014-2015 runway show. Geez, Lagerfeld. Such a Debbie Downer, right? But he's fabulous fashion royalty, OK? His job is to criticize everything.

Stiller and Wilson were at the show as their characters Derek Zoolander and Hansel for a scene in the much anticipated sequel to the orignal Zoolander film. Yes, it's all totally ridiculous, but, hey, that's Zoolander. Although the movie is a bit of a cult classic at this point (who doesn't know what 'blue steel' is by now?), and most people really enjoyed Stiller and Owen's appearance at the Valentino show, Lagerfeld wasn't such a huge fan apparently. And why should he like it? He doesn't have to like anything. He's Karl Lagerfeld, hater of all things. Or something like that.

Lagerfeld also said that he was asked to be in the Zoolander film, but he wasn't really into that idea either. We are all shocked.

So, there you have it, folks. Why be in a silly movie when you can enthusiastically denounce it instead?

More like this
Most Comfortable Underwear For Big Butts
By Audrey Williams
At 28, Lesley Manville Was Acting, Picketing, & Singing Kate Bush Songs
By Olivia-Anne Cleary
Reese Witherspoon Gave Fans Hope For 'Legally Blonde 3' After This Surprising Movie Inspired Her
By Jake Viswanath
Social Media’s Favorite Fashion Influencer is Meredith Blake from ‘The Parent Trap’
By Morgan Sullivan
Get Even More From Bustle — Sign Up For The Newsletter