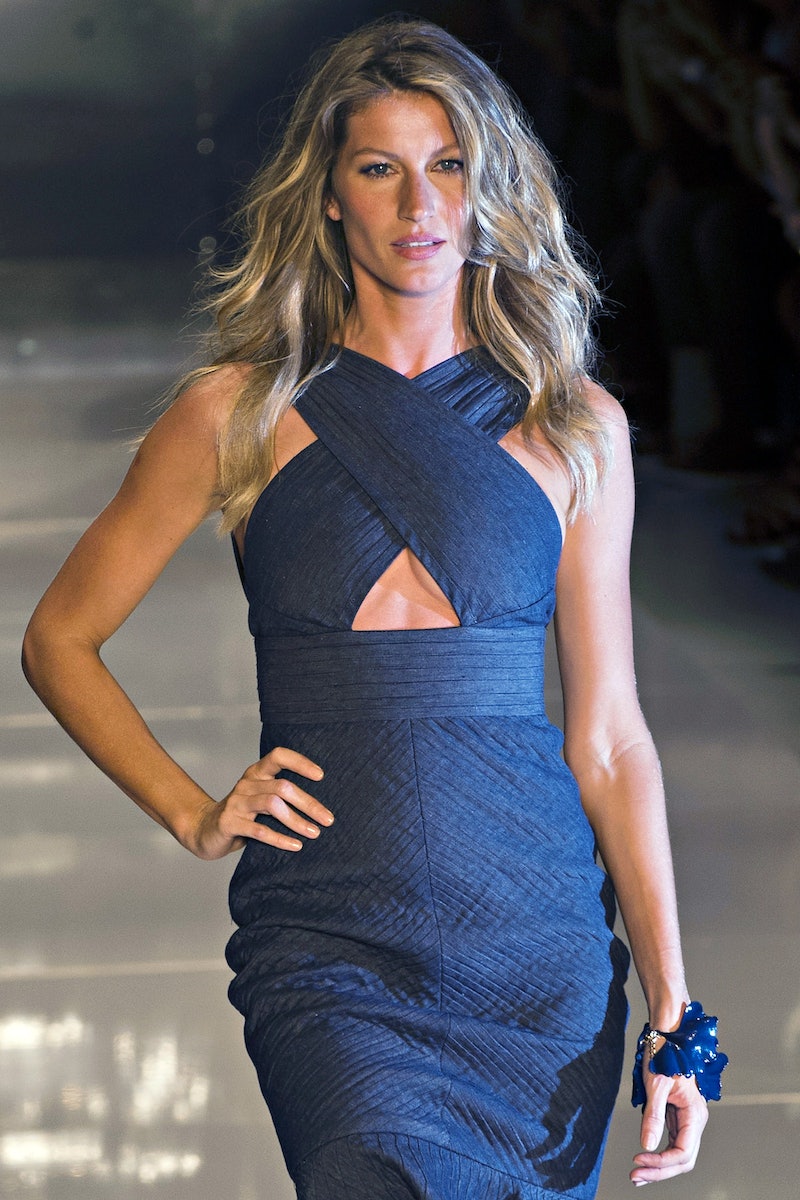 Alas, we finally have some closure. After a month of retirement rumors, supermodel Gisele Bundchen has finally admitted she's retiring from the runway after she finishes walking in São Paulo Fashion Week. After a tweet from Moda Estadão, the internet suspected that Gisele was indeed going to retire from the runway. However an IMG rep explained that Bundchen did not make a comment in regard to the rumor and that she still had strong relationships with several brands that may have her doing some shows. So obvi, I still had my hopes up that she'd still walk the runway at some point in the future. Sadly however, according to Yahoo! News, they reported that Bundchen had said in an interview with Folha de Sao Paulo that she is retiring simply because her body, "asked her to stop." So there you have it, the cold hard truth.

I didn't want to say I saw it coming, mostly because I didn't want it to be true, but it seems that Bundchen is committed to making her last catwalk be in her beloved home country Brazil. And after she had reportedly said that her "dream [is] to finish walking the runway in Brazil, her native country," at least she'll be able to make her retirement a modeling milestone in her very well-flourished career. I respect you Gisele, but I'm sure going to miss you and that glorious strut of yours!

Bundchen further explains, saying, "Automatically my body tells me if what I do is worth it, and it asked to stop. I respect my body, it's a privilege to be able to stop."

That totally makes sense, right? The 34-year old has had such a lasting and successful career in the industry, being named continuously as the highest paid model by Forbes, and earning that title 8 times in a row. She's reported to have made $47 million last year. Amazing? Amazing.

However let me make this clear: Bundchen will be retiring just from the runway. She'll still be continuing modeling through print ads and campaigns. Yahoo! News explains, "Bundchen emphasized that she is not retiring but will continue off-the-runway work and spend more time with her family."

No matter what Bundchen decides to do, one thing's for sure—she'll still and forever always be a business woman. She says, "I don't see how to continue (modeling on the catwalk) ... and stopping will leave room for other projects I have for myself."

So what else does Bundchen have up her sleeve? We're not sure, but we're seriously excited to see what she conquers next.