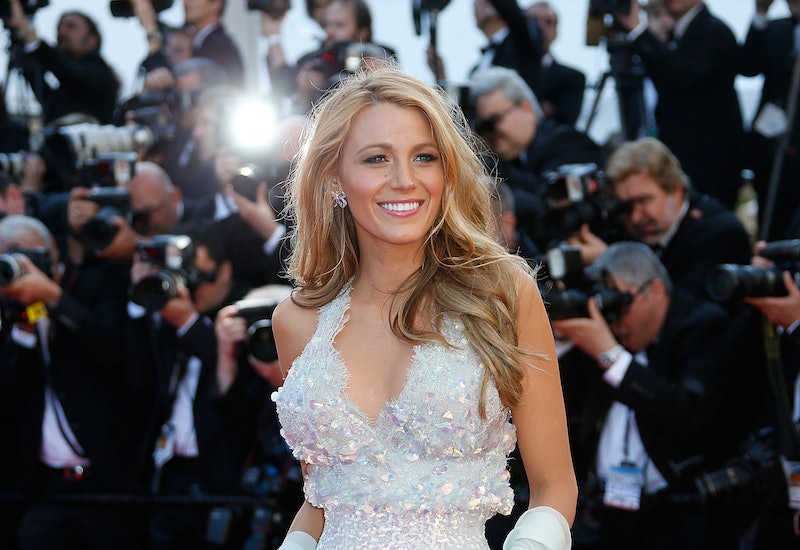 In recent years, I've made a major discovery: watching Gossip Girl as a teenager and watching it as an adult are two entirely different experiences. As a 17-year-old, you're thinking, "Whoa! Nobody ever IDs these people at bars! I wish I had my own Chuck Bass! Their lives are so glamorous!" And as an adult who knows better? Your thoughts turn from admiration to concern. "Where are your parents? Who keeps letting Jenny out of the house like that? How are you all not dead from alcohol poisoning?" And if you ask Blake Lively, she's feeling the same way. In fact, in a recent interview with Allure, Blake Lively admitted she felt "personally compromised" by playing Serena on Gossip Girl because of Serena's terrible choices:

People loved it, but it always felt a little personally compromising — you want to be putting a better message out there. The lines become blurred. It doesn't help when everybody is dating who they're dating on the show, and you're also saying to the costume designer, "Hey, can I take that home?" It's a weird thing when people feel like they know you really well, and they don't. I would not be proud to be the person who gave someone the cocaine that made them overdose and then shot someone and slept with someone else's boyfriend.

It's OK, Lively. I don't think anyone was looking at Serena as a character who made a lot of excellent choices. But it's hard to deny that Lively's right. Serena Van Der Woodsen was basically the worst role model ever, even if she did look flawless while singlehandedly ruining her own life.

Sleeping With Her Best Friend's Boyfriend

I realize that Serena's initial affair with Nate was the jumping off point for the entire plot of Gossip Girl in Season 1, but seriously, who does that? Especially when your best friend is as vindictive as Blair Waldorf.

Hanging Out With Georgina Sparks

Who believed for a second that this girl ever changed her ways? She's entertaining, sure, but why would Serena ever give her a second chance?

Drinking To Solve Her Problems

Even if you're 21, drinking never solves your problems. Of course, it distracts you from them, which can be helpful. Bad day? A glass or two of wine should do it, unless something terrible has happened like Netflix is down, in which case you should drink the entire bottle.

Not Going To Brown

Brown is one of the best schools in the country, Serena. How could you turn that down?

That Whole Thing With Trip Vanderbilt

You're interning with a married politician, so you decide to sleep with him? I judge Serena a lot for her poor decision-making skills, but this was one of her worst.

Serena (and Blake Lively, duh) is one of the most gorgeous individuals ever. Like, I feel personally offended by her beauty every time I watch Gossip Girl. However, her hair constantly looks messy as hell. Running a comb through it once in a while couldn't hurt.