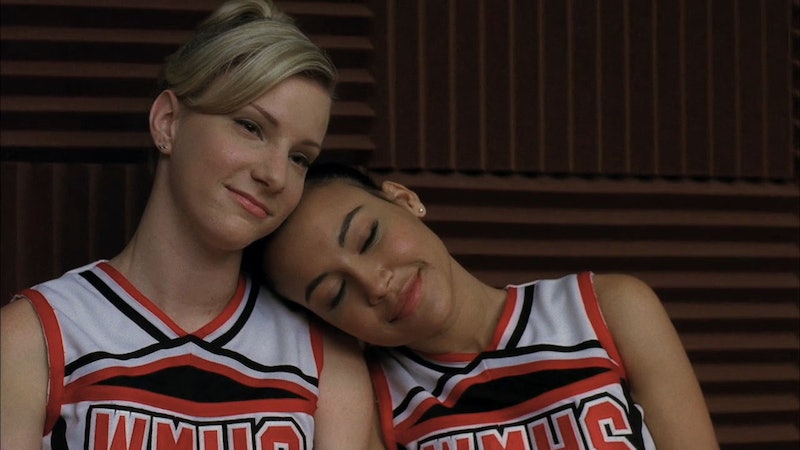 When it comes to lesbian sex, most people who aren't lesbians or queer women don't really know what they're talking about. In fact, when it comes to lesbians and queer women in general, most people outside of that demographic like to make a lot of claims and assumptions without really knowing what they're talking about. This is, at least in part, due to the fact that visible representations of our relationships and culture are extremely limited. The mainstream representations in film and television that are marketed to both queer and heterosexual people — The Kids Are Alright, Blue is the Warmest Color, Pretty Little Liars, Orange is the New Black, and Faking It — mostly deal with lesbian and queer relationships as opposed to girl-on-girl culture.

These assumptions may also be rooted in the sexist and misogynist structures that are so prevalent and pervasive in our society. Because there is a systemic objectification of women, people spend a lot of time objectifying a relationship with two women without taking the time to understand the nuances of what it's all about (not that lesbians actually want or need heterosexual people to understand and validate them).

So if you're a queer or lesbian lady tired of hearing non-queer people run their mouths about things they don't understand, here are some things that will most likely ring true to you.

1. Scissoring isn't all that...and it's a lot harder than it looks (not to mention the fact that it makes you super prone to STIs!).

2. Part of the evaluation process of trying to figure out if a girl sleeps with other girls is checking her nails.

3. Seriously though, trim your nails.

4. If you have long hair and you eat a girl out, you WILL get lady fluids in your hair and you'll just learn to accept it.

5. You always do a double-take when you hear another girl talking about softball.

6. People always ask you if you're "sure" you like girls.

7. If your city has a gay bar, it's probably mostly filled with gay men.

10. Most lesbian media on Netflix sucks and is pretty boring.

11. You will get asked to have threesomes.

12. Your exes will probably date your other exes.

14. Sometimes you just can't tell if another girl is being nice or hitting on you.

15. Other times, straight girls will try to hit on you just to see if they can.

16. People will ask if you've "actually" lost your virginity, because apparently sleeping with other women doesn't count as sex?

18. Everyone wants to know how you have sex with other women.

19. When you say you have a girlfriend, you have to go through the process of explaining that she is not just a gal-pal, but a romantic girlfriend.

20. Having to work around two periods when you have sex can suck...

22. Whenever you see a queer lady couple, you gawk.

23. Whether you loved or hated The L Word, you envy the girl-clique they had.

25. You also probably are friends with or have hooked up with a Shane.

26. You've asked your friends more than once: "Does this make me look gay?" to make sure your queerness is visible to other queer ladies.

27. Boys ask you for tips on how to have sex with women.

28. You act like you're totally over your exes, but you're not.

31. Everyone wants to know your opinion on the sex scene in Blue is the Warmest Color.

32. When people learn you have a girlfriend, they'll ask you "who's the guy in the relationship?"

34. All your straight female friends have said "ugh I just wish I was a lesbian" to you, at least once.

35. Everyone wants to know how you're going to have a baby.

36. The whole world (including other queer women) wants to classify you as either "butch" or "femme."

38. Despite all the BS you have to deal with, you wouldn't give up your identity and the community that comes with it for anything because at the end of the day, girls are just better.