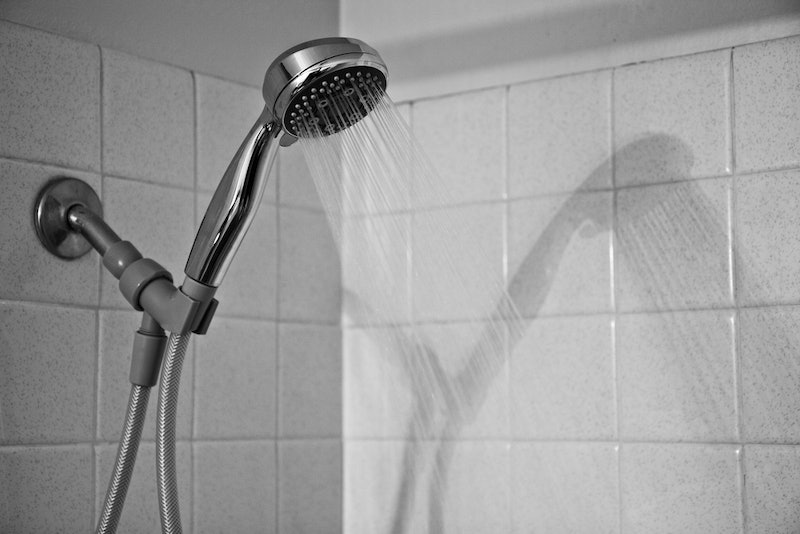 My friend used to say finding an apartment in New York is easy. (My friend, for the record, is clearly an insane person.) There are four elements to consider: cost, neighborhood, space, and safety. You may pick only three. This is not entirely false. Seriously, I've done my tenure in New York and can definitely attest first-hand to the lunacy involved in trying to find and secure a place to live. (And I won't get into the madness of finding sane/non-murdery roommates in NYC.) Literally nowhere else I have lived can compare as far as compromises and jaw-dropping price tags are concerned. It's like that episode of Broad City with Amy Sedaris as a realtor when she asks the girls, "Where ISN'T the bathroom?" I laughed until I cried because I—and anyone else who has ever lived in New York—have a number of stupidly similar anecdotes. But while I did once view a Ridgewood sublet with a very obvious, enormous bloodstain in the center of what was supposed to be my bedroom floor, I've never seen something quite like this: an apartment with a shower in the kitchen. New York, you have just reached peak New York.

I've seen this actual Padmapper listing shared all over Facebook with a ribbing comment attached, usually, "Hah! Only in New York!" No, guys, only in NIGHTMARES. No one should have to combine a kitchen with key bathroom elements. True, it's not a toilet in the kitchen, which would be worse, but it is a freaking shower. It looks like you could actually stir a simmering soup while still working shampoo into your roots. Nope. Have a look:

Yes, the spot is in a particularly charming slice of the LES/Chinatown (27 Orchard Street) area, not far from one of my favorite Manhattan bars, but still. I'd rather stir a spicy ginger cocktail in my kitchen in which I cannot see where I wash my body. But hey, maybe that's just me.

The space is going for $1,795 per month, which is roughly three times what I pay for my one-bedroom apartment in Atlanta. But there's no shower in my kitchen, nor is there a bathtub or toilet. Come to think of it, the kitchen does seem a little lacking now that I've seen what kind of regal space I could be living in.

But alas, the $1,795 (which may be negotiated, the poster is sure to mention, along with a smiley face emoticon so you know it's for real) does not cover pets. Oy to the vey, y'all. This is unbelievable, but it is legit.

Here's that scene from Broad City I mentioned earlier. If you've never apartment-hunted in New York (and bless you, if you have no point of reference to which I speak), this is a good, accurate primer on the total madness involved:

So, um, if you ever need a hand looking for a spot in Atlanta, I'm sorry to say thatwe don't have showers in our kitchens, but it's still pretty nice. Holler at me.

More like this
TikTok Is Obsessed With Dolly Parton’s Houseware Line
By Alexis Morillo
The 8 Best Dishwasher-Safe Cookware
By Jenny White
The 77 Cheapest, Most Clever Gifts On Amazon
By Rebecca Martinson
69 Great Gifts For Guys No Matter What Their Hobbies Are
By Teresa Newsome, Mia Mercado and Brittany Leitner
Get Even More From Bustle — Sign Up For The Newsletter