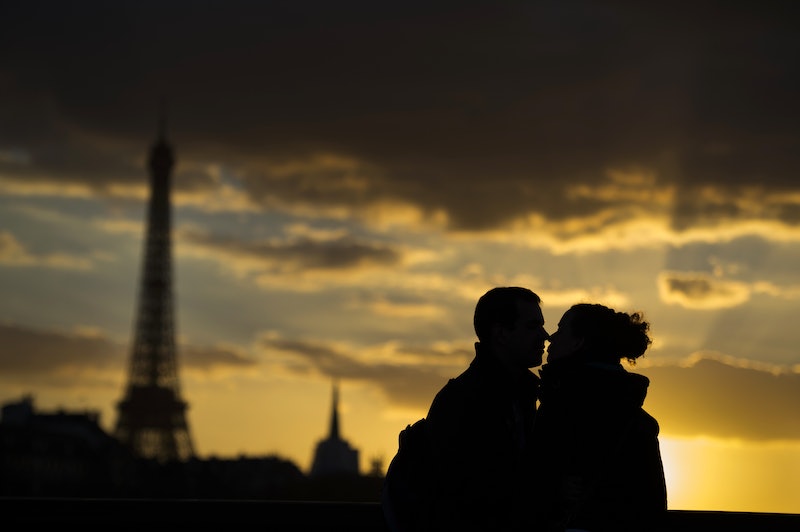 As someone who’s in a long-distance relationship for part of the year, I get so sick of people looking at me with pity in their eyes, as they say, “Awww… it must be SO hard.” I mean, it’s not exactly easy, but it’s not like I’m crying myself to sleep every night either. I have so much going on in my own life that even if we were in the same town or same apartment, for that matter, I probably still wouldn’t see him all that much. Personally, as someone who is so independent, I think it’s an ideal situation and according to a study, I’m actually more satisfied in my LDR than those people who see their partners all the time. So you know where you can direct that pity now, and add this to the list of long-distance relationship benefits.

Researchers at Queens University in Ontario decided to conduct a study to see exactly what type of relationship was better off: the LDRs or the geographically close ones. A total of 876 men and women were asked to keep journals recording any and all interactions they had with their partners, and when I say “all,” I mean all ― texts, Skype, FaceTime, phone calls ― the works.

Although the LDR couples didn’t have as many daily interactions as couples who lived close to each other, the fact that they were talking more than couples who could actually spend time together, physically, made a huge difference. LDR couples were more forthcoming about their feelings, thoughts, and more willing to talk things through than couples who weren’t forced to converse so much. Because of this, they were happier. It’s easy to be happy in a relationship when everything is out on the table and you don’t have to play amateur detective all the time. It’s effing great, to be honest.

So does this mean you should drop your boyfriend or girlfriend who happens to live three blocks away? Yes. No! I kid! But what it does mean is that you can put your pity for those of us in LDRs away. You can also quit thinking it’s not going to work because of the geographic distance between us.

Not every relationship is the same, and what works for one couple might seem totally outlandish to another couple. I haven’t seen my partner in three months. Yeah, I wish I’d see him more, but right now we have an ocean and U.S. immigration standing between us. The fact that we talk so much actually makes this the healthiest relationship of my life… and I don’t have to share my bed all the time.