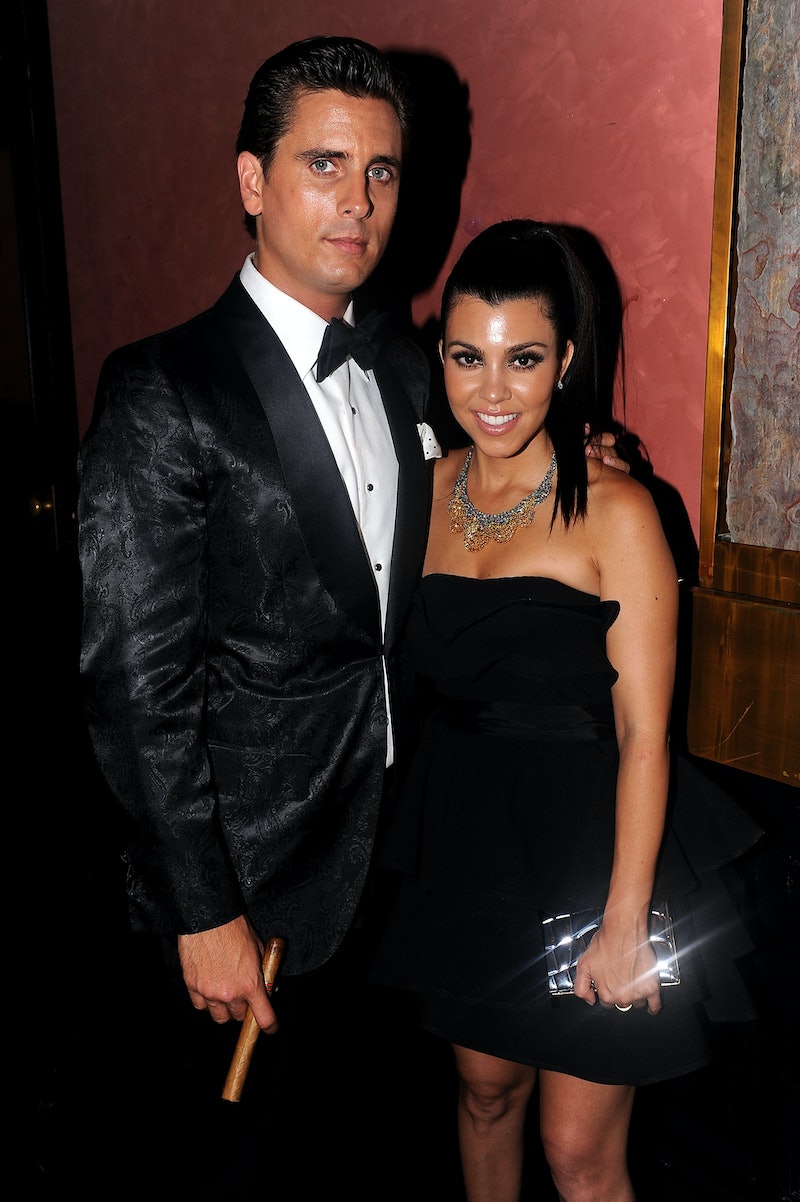 What's in a name? That's something most of us ask, especially when someone has a child. Why did they choose that name? When it comes to Kourtney Kardashian's son Reign Aston Disick, well, his name wasn't conjured out of thin air. In an exclusive interview with People, Kardashian revealed the meaning behind Reign's moniker, and, yes, it's pretty "rad." Trust me, the "rad" part will all make sense in a second. According to Kardashian, she's never been sure about a name until her kid was born.

However, once she and Scott Disick decided to go with Reign Aston, well, that was it. There was no changing it. She said, "I love it!" Funnily enough, their third baby's name was on their list when deciding what to call their first two children, Mason and Penelope. She revealed, "I actually had the name on our list with Mason. Then with Penelope, I had it on the list but spelled R-A-I-N.”

Even though Kardashian thought she was having another girl at first, once they learned they'd be having a boy, they changed the spelling to something a bit more royal. Plus, how could you pass up on giving your baby some gnarly initials: R-A-D. Totally rad.

Despite Kardashian pretty much giving herself all the credit for the name Reign, we Keeping Up With the Kardashians and Scott Disick fans know the Lord had to have had a helping hand. Come on, the man calls himself "Lord Disick."

Well, there could be an argument for days over who came up with Reign first, but I know we all can agree on this: Reign Aston Disick is beyond adorable.