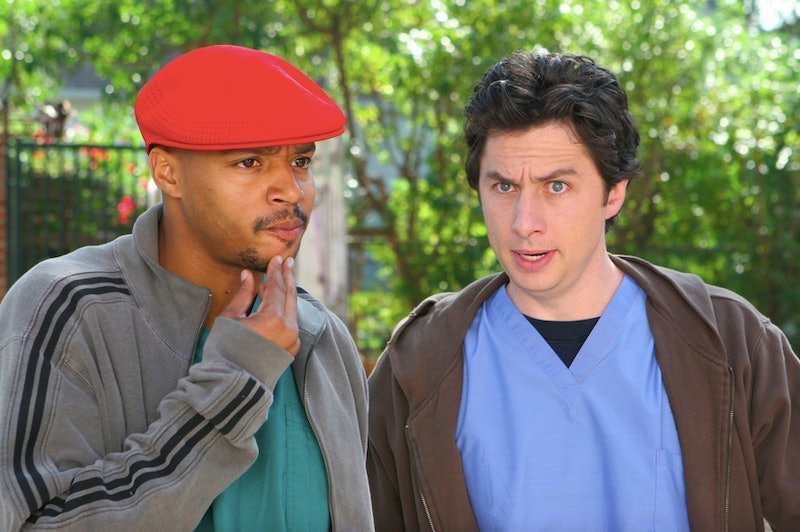 A lot has transpired in the weeks since Indiana Gov. Mike Pence officially signed the Indiana's Religious Freedom Restoration Act into effect. We all know by now that certain subsequent goings-on after the law’s passing were, to put it lightly, disappointing. The most notable of those remains to be the case of Memories Pizza owner Kevin O’Connor and his daughter Crystal O’Connor, who both admitted on TV that they would not prepare pizzas for a gay wedding. Their declarations were followed by threatening phone calls and hate mail, prompting the establishment to close its door indefinitely.

And we all know what happened after this too: a subsequent financial outpouring of support surged their way. Nearly a million dollars was raised to benefit the imperiled restaurant and its owners.

A week after the bill was passed, Pence hurriedly signed a revised measure that prohibited discrimination against the LGBT community, saying, "Over the past week, this law has become a subject of great misunderstanding and controversy across our state and nation." But spite of the bill's entire existence – which is abhorred by many (myself included) – there were some positive facets that came from its passage.

Other Versions Died A Swift Death

After careful reflection and consultation with legislative counsel, I have determined that Nevada’s Constitution already contains adequate safeguards and protections for the civil liberties of Nevada’s citizens, and further legislative emphasis of these rights would be unnecessary.

He also admitted that, yes, the backlash Indiana experienced in the wake of passing SB101 was indeed a factor in his decision.

Also, on Thursday, April 2, Michigan’s Gov. Rick Snyder vowed to veto his state’s version of the bill should it make it all the way to his desk. His chief reason for doing so? "Given all the events that are happening in Indiana, I thought it would be good to clarify my position," he said in a statement. "I would veto RFRA legislation in Michigan if it is a standalone piece of legislation."

And lastly, insofar as state-level reactions to Indiana’s RFRA debacle are concerned, Georgia legislators let their RFRA die in its tracks too. Georgia Gov. Nate Deal was the third gubernatorial politician to halt legislature in the wake of Indiana’s negative national attention.

Tens Of Thousands Of Dollars Were Raised For LGBTQ Homeless Youth

The friendly neighbors of Kansas-based Westboro Baptist Church — the Equality House — kicked its own fundraiser into gear in order to support LGBTQ homeless youth. Their CrowdRise-based fundraiser has amassed just over $75,000 so far. The message on their “virtual pizza party” site states, “While one family is being supported with nearly a million dollars for acts of bigotry, there are LGBTQ people being rejected by their families and society because of these very acts of bigotry.”

You can donate to their cause here.

Even Cyndi Lauper Got Involved...

Also directing national attention to the plight of LGBTQ youth is '80s rock goddess Cyndi Lauper, whose Pizza4Equality Gofundme campaign has accumulated over $150,000 dollars in the past ten days.

Their ultimate goal, in cooperation with Cyndi’s True Colors Fund, is to match the amount raised for Memories Pizzas in Walkerton, Indiana by April 29 – the day they’ve coined #40tonone Day in honor of the forty percent of homeless youth who identify as gay, lesbian, bisexual, transgender, or queer.

Scrubs stars Zach Braff and Donald Faison pledged to serve pizza at Indiana gay weddings. On Friday, April 3, Braff tweeted: “If you really and truly want pizza for your gay wedding in Indiana… We will make it for you.” The tweet has been favorited over 14,000 times in the week since it was first posted. It was retweeted just over 9,000 times. As far as the numbers go, what remains unclear is this: how many people have taken these two studmuffins up on their offer?

Counties Within Indiana Fought Back

Many counties within the state of Indiana acted fast to enact non-discrimination laws that would expand protection to the LGBTQ members of their community. Particularly close to my heart is the small city of Muncie, Indiana, where I attended college. In the wake of the RFRA's passing, the Muncie City Council met at the request of Mayor Dennis Tyler, who asked that these new additions be made to the city’s civil rights ordinance. The council agreed and the changes were made in record timing.

According to WTHR.com, “Normally, it might take weeks for an issue like this to work its way through council, but the mayor and councilors feared the consequences were so significant, they had to act fast.”

In an email to Bustle, John Lewis, Legal and Policy Director of Marriage Equality USA, says:

I couldn’t agree more. The swift and inspiring reaction to the unfortunate passing of Indiana’s RFRA has been, and continues to be, a beautiful thing. But we cannot, for a moment, rest on our well-intentioned laurels; progress can only move forward.