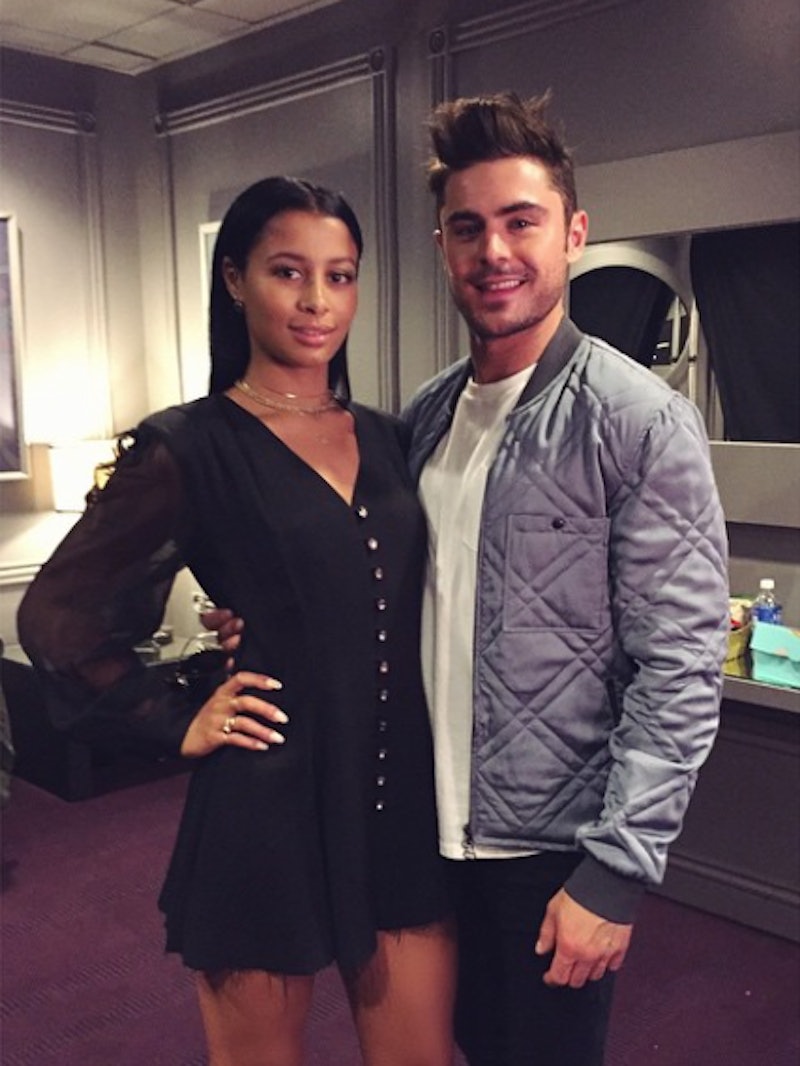 Zac Efron and Sami Miró have finally decided that they can't hide their love any longer. The actor brought his model/LA scene-ster girlfriend to the 2015 MTV Movie Awards, thus DTR-ing to the public, and confirming everyone's suspicions about their rumored relationship. Gaww! Good for them!! One question remains, though: how did Zac Efron and Sami Miró meet? Was is on a yacht in Ibiza, or on set of a kid's movie musical in the style of his former relationships? Just spit-ballin' here.

Welp, Miró isn't an actress like Vanessa Hudgens or Michelle Rodriguez, so perhaps she and Efron's meet cute looked a little different than the standard "they met on set" story typical of celebrity couples. An Elle interview of Miró says that she's a "vintage curator/marketing executive/model/future lifestyle blogger." WOAH, that's a mouthful. As it turns out, she ditched a San Francisco office job a few years back to pursue her dream of working in fashion. She moved to Los Angeles, made some friends in the fashion and entertainment industries, and realized, as she put it, "This could be an actual job."

Turns out, some of those new Hollywood friends also supposedly introduced Miró to Efron. The Elle profile mentions that Miró and Efron made their first intro through mutual friends while he was filming We Are Your Friends. SO many things involving friends! Friends, friends friends!!!

Then, they went to the MTV Movie Awards together and everyone was like "YOU GUYS!!! They're a thing!!!"

Rock on with your bad selves, you crazy kids. Way to choose the right friends who'll introduce you to the right romantic friends.

More like this
Jennifer Aniston Joked About Ending 'Friends' With Therapy & Divorce
By Grace Wehniainen
Shocked Fans & Former Co-Stars React To Ray Liotta’s Death At 67
By Grace Wehniainen
Harry Styles Performed A Snippet Of Taylor Swift’s “22” & The Crowd Went Wild
By Jake Viswanath
'Stranger Things' Star Joe Keery Is Dating An "Indie Scream Queen"
By S. Atkinson and Grace Wehniainen
Get Even More From Bustle — Sign Up For The Newsletter