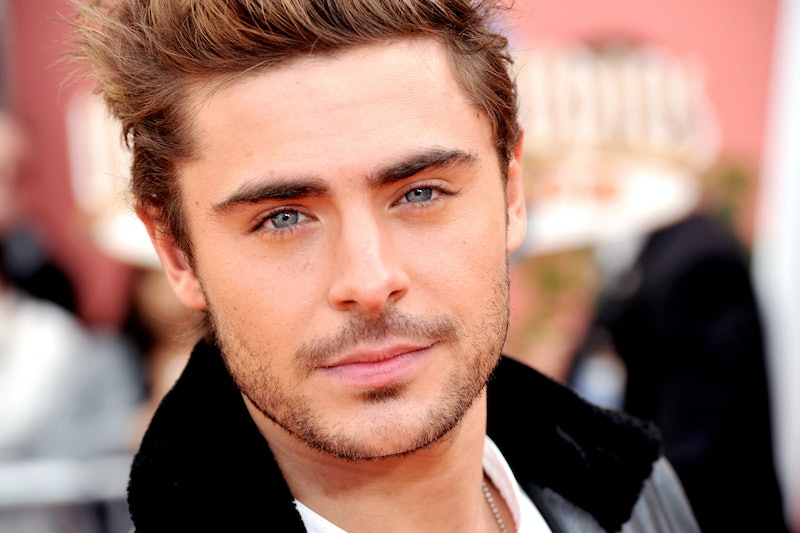 Nothing like a good celebrity relationship rumor to dissect on a chill Tuesday afternoon! It's time to examine the possible budding relationship of everyone's favorite High School Musical cutie Zac Efron and Sami Miro, an unknown woman. Efron has been pretty unlucky in love in the recent past. He spent part of the summer hooking up with actress Michelle Rodriguez in exotic European locations, mostly traveled to via fancy yachts like the young, rich people that they are. And then Efron and Rodriquez broke up — and let's be real, the general public didn't care too much — and the pop culture crazed few *coughcoughBUSTLEWRITERScough* were left to ponder if Efron was still single or if he snagged another gorgeous gal when we all weren't looking.

And, oh look, he probably did just that. Enter Sami Miro, stage right. Efron and Miro were recently spotted chilling in Denmark, which solidifies my theory that Efron likes taking his dates to Europe just for kicks. Welcome to the spotlight, Sami! It may be terribly short-lived but we're going to talk about your rumored relationship with Efron literally every single second until the relationship is confirmed, denied, or ended. All three could happen in a matter of weeks so hold onto your hats, everyone. It's about to get all Sami Miro up in here.

Look at this photo from Efron's WhoSay account! Just look at it! Tell me they are not the coolest people you've seen today! You can't because they are.

She lives in L.A.

If you're going to be a normal dating a celebrity, you need to be where the celebrities live. Le duh.

She's not an actress

Miro's LinkedIn page describes her most recent position at Demand Media as "business development" which is obviously vague because she wants to keep everyone guessing. Her Facebook page says that she's the founder of Sami Miro Vintage, the finer details of which are probably still being figured out since I can't find anything about it online. I'd venture to guess she didn't like her job at Demand Media — she was only there for three months — and is starting her own company/brand.

She's on Instagram (and is probs about to get more followers)

Her info says she's into "Vintage Curation and Styling" which is also incredibly vague. What does that mean?! It sounds so Los Angeles. I want it.

This shot just screams "model". Or it might whisper "occasional Instagram style blogger." I don't subscribe to either label so I'm not the best at picking them out via social media. At least we can all agree that she's pretty and wears clothes like a person who does that well... aka a model.

She's probably got more degrees than you

Miro got her bachelor's degree in marketing at Santa Clara University and then got her master's degree in global entrepreneurship and management from the University of San Francisco School of Management. She's got a masters degree and is dating a celeb, and only one of those things is something I'd like to do. You decide which.

She was a cute kid

You might think all kids are cute, but I assure you that they are not. Miro was, so I'm giving credit where credit is due. Just look at that smile! That smile says, "One day I'm going to get myself two degrees, a successful career, and a hot boyfriend who whisks me away to Denmark. I'm gonna do it all, Mama!"

She's also not great at Pinterest, or maybe she's too great

There's a whole board dedicated to just Little Mermaid ideas and I'm not sure what to make of that. I think it's safe to say that makes her someone most of us could get along with.