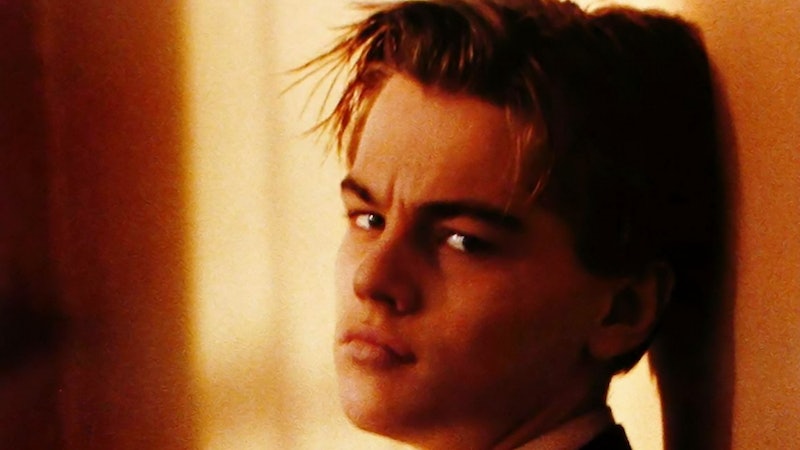 What does it take to be a good actor? Considering I have absolutely no first-hand knowledge of being an actor in Hollywood, I can only assume that versatility is a staple in the "good" actor's repertoire. But then again, something should be said about being able to play similar roles in many films, yet being able to bring something fresh to each film. That's a move Leonardo DiCaprio knows well, and his go-to character is usually one who does a whole lot of brooding. From his early years to most recent projects, DiCaprio has done more than his fair share of brooding in Hollywood. But he's so good at it that he keeps getting offers to do it again and again. One of the best examples of DiCaprio at his broodiest is in 1995's The Basketball Diaries , which celebrates its 20th Anniversary on April 21st. The film followed DiCaprio's Jim as he went from promising teenage basketball player to down and out heroin junkie. And the brooding grows with every bad decision or situation that arises in Jim's life. But is it the best of DiCaprio's broodiest moments? That's the real question.

How would you rank DiCaprio's broodiest roles? Here is my list of how the order should go, from least brooding to almost too much brooding to handle. Trust me folks, if you know DiCaprio, you know he's willing to go past the limits and beyond in the brooding department. And yet, we always follow him there and back. Here are his 13 most brooding roles, from least to most brooding.

This film follows DiCaprio's Richard as he finds a beautiful island and beach that is tucked away from the world and mainland. He decides to stay on the island with the community there that has thrived on it in secret, but things go horribly wrong horribly fast. Richard doesn't start out so brooding, in fact, he's at first mostly just mesmerized and overjoyed by the island's beauty and by his friends and new lover. But he gets more and more broody as he starts to lose his grip on reality and as he realizes he and his friends are in danger. It's definitely not peak DiCaprio broodiness.

DiCaprio does get quite the brooding moments in this film co-starring Russell Crowe. DiCaprio plays CIA case officer Roger Ferris who is trying to track a terrorist until things start going terribly wrong. Ferris is pretty brooding from the start and things only get broodier, but it's not nearly the level of brooding we've come to expect from the actor. He's got earlier and later work much more dark than this, even though he does great work and the movie is pretty great as well.

Jay Gatsby really only gets broody when it comes to Daisy Buchanan. And even then, it's slightly depressing to watch. Jay loves Daisy so much that the pain of her married to another man, who is pretty horrible by the way, is too much for him to handle. He tries to have a romance with her and to get her to run away with him, but she doesn't and that turns Jay even more broody than ever before. The brooding is obvious in many points of the film, but it's not quite brooding enough considering DiCaprio's other films.

Brooding King and brooding brother whom the King locked in a dungeon with an iron mask over his face. It's weird, there's a decent amount of brooding, but the film doesn't work so the brooding isn't all that impressive. Sorry Leo.

DiCaprio's plays a teenage arsonist who stars the film in a mental institution. Enough said on the brooding scale.

This film definitely brought the brooding factor into a new level. DiCaprio's Amsterdam Vallon begins the movie in brooding fashion as he hopes to avenge his father's death by killing the man who murdered him on the anniversary of his father's death. Get all that? Yea, it's some dark stuff. Things get more and more broody as Amsterdam struggles with the fact that he is bonding with his father's murderer while infiltrating his gang. And the brooding becomes sexy when Amsterdam falls for Cameron Diaz's Jenny Everdeane. Gangs of New York was certainly the start of something special in DiCaprio brooding land, as it showed a more adult, mature side to him.

Dom Cobb broods from start to finish with this film, both in real life and in dream world. But then again, wouldn't you brood this much too if your wife tried to kill your kids and then killed herself because she thought she was in the wrong world? Confusing and brooding, all at the same time. That's what you get with Inception.

With all of the horrible murders and violence around him, it's easy to see why DiCaprio's Danny Archer in Blood Diamond is so brooding and has been made so cold. Seeing these types of atrocities and horrors every day can ruin anyone's opinion on life.

Guys, it's Romeo & Juliet. Obviously the brooding is strong in this one.

Go work as an undercover cop trying to infiltrate a well-established crime world and then tell me there isn't any brooding involved. DiCaprio's Billy Costigan had to navigate two very dark lives so obviously he went to a therapist to do so. But that wasn't going to help with all the violence and betrayal Billy saw and contributed on a daily basis.

It's impossible not to bring up this movie when thinking about DiCaprio at his broodiest. The actor plays Teddy, a man in the 1950s who is investigating the disappearance of a woman from a heavily guarded mental institution from which no one has ever escaped before. Without giving anything away, Teddy makes his own descent into madness while investigating the institution and it brings up terrible memories from his past. All of which makes for an insane amount of DiCaprio brooding at its finest.

Wow, where to even begin with The Basketball Diaries? Should I start with the fact that thanks to just a couple of terrible life decisions, we watch DiCaprio's Jim descend into darkness and ultimate brooding levels thanks to drugs and desperation? There's so much brooding in this film that I'm not even sure what proof I need to bring up because it's obvious to anyone who has ever seen it. This is peak DiCaprio brooding, and it's wildly impressive.