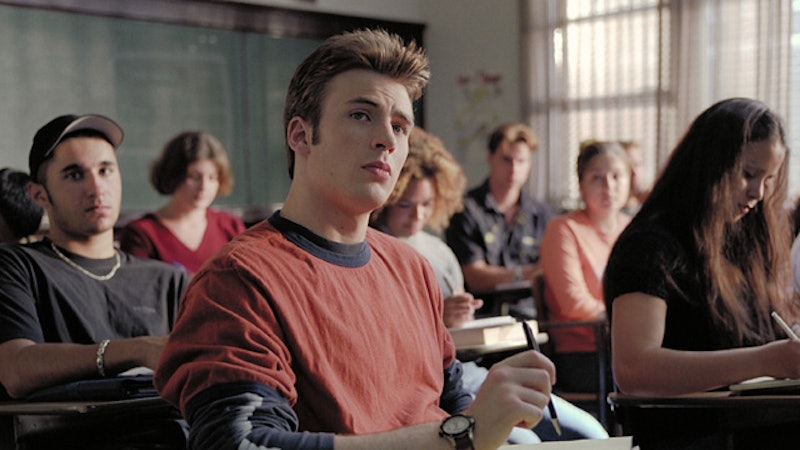 As anyone who's ever gotten stuck on a blind date with someone who wants to talk to you about their perfect math score knows, success with the SATs does not necessarily correlate with success in life — and a lot of resent research has argued that SAT scores don't measure intelligence at all. A number of colleges have dropped the tests as an admission requirement and critics have pointed out that the tests are biased towards those with specific life experiences. As New Yorker writer Elizabeth Kolby put it, the SAT only measures "those skills — and really only those skills — necessary for the SATs.”

In fact, there's a lot of debate about whether intelligence can be measured at all — our modern IQ tests were pioneered by researchers who were primarily interested in logical intelligence, ignoring most of the other eight kinds of intelligence documented by psychologist Howard Gardner, including spatial and existential intelligence. To put it bluntly: no intelligence test — especially the SATs — can determine if you'll have a happy, successful, interesting, or innovative life.

You may be thinking that this groovy hippie "multiple intelligences" talk is all well and good, but not much comfort when you're still burning over some lower-than-expected SAT results. Well, then, take heed: it may be tough to quantify intelligence, but there are a few tests that can definitely measure it better than the SATs. SATs, after all, are created to measure how well you'll do in a standard collegiate learning environment, not how smart you are. But the three tests below were created to identify intelligence in its raw form, not check how well you studied for Algebra. Give them a shot, and see if you feel any smarter. Here, I'll help you warm up: online intelligence test: SAT :: Taco Bell Volcano Nachos: ____.

Many scientists believe that intelligence can't be measured by a single test — a subject needs to complete tasks that measure their reasoning, verbal, and short-term memory skills in order to form an accurate picture of their intellect. This 30-minute mini-test, pulled together by the team at New Scientist, aims to give users a rough picture of their own intellectual strengths and weaknesses by engaging them in multiple areas, from planning to visualization. I mean, what else were you going to do with the next 30 minutes? Take some quiz on which Spice Girl you'd most like to have as your mom?

Probably A More Accurate Reflection Of Your Intelligence Than: Calculating the velocity of a train leaving Pittsburgh for Orlando at 4:29 p.m, carrying 500,000 reduced-price Blu-ray copies of Rent.

Perhaps you've heard of Mensa, the international society for people with high IQs — possibly because you were a pretentious child who dreamed of joining up (ahem), possibly because of that episode of The Simpsons where iconic pretentious child Lisa joined here local chapter. Founded in 1946, Mensa is a organization that only permits entrance to people who have scored in the 98th percentile on their special proprietary intelligence test. Though the group has come under some fire for their supposed elitism, you'd better believe they take their IQ tests way more seriously than your SAT tutor did (let's be real, that guy was totally hungover during every single class).

So if you feel like really testing your standardized test mettle, you can arrange to take the test from your regional chapter, or just check out the group's online prep test. It might not tell you anything life-changing about your actual intellect, skills, or future, but it's still probably a better use of your Saturday afternoon than spending more time with your SAT tutor (oh my god, did he fall asleep sitting up?!).

Probably A More Accurate Reflection Of Your Intelligence Than: Correcting the grammar in the following sentence: "Many people thought that Elton John's enduring masterpiece was 'Rocket Man,' when anyone with taste must know that his truest finest hour was 'Levon.'"

Did you ever get dragged to the school counselor's office in elementary school and asked to rearrange the letters in "bartib" into an actual word? Then you were being given a version of the Stanford-Binet, the most commonly used intelligence test in the world. Though the Stanford-Binet is most commonly used as a diagnostic tool for children, to see if they need extra scholastic help or are especially gifted, it can be and is used to measure IQ in adults, too. So are you actually smarter than a (very smart) fifth grader? Take the Stanford-Binet online and find out, if you dare!

Probably A More Accurate Reflection Of Your Intelligence Than: Planning and writing an essay in which you develop your point of view on the issue of whether balloons present a public health hazard.