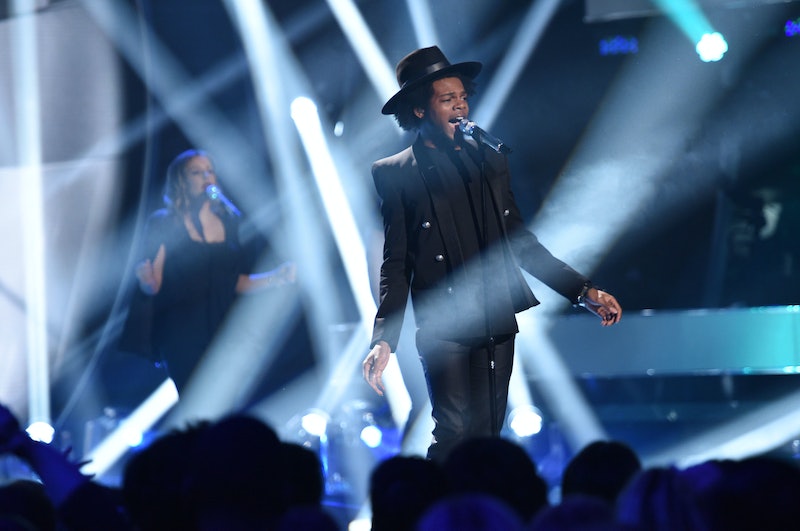 THIS is why I love live TV! Quentin Alexander just had the realest moment American Idol has ever seen — it was emotional, raw and exactly what this season needed to make it exciting again. Alexander was very open about the fact that he thought it was "whack" that two extremely talented performers could be going home tonight — which is the exact same sentiment I've had all season. This outburst sliced a major hole in the Idol voting process and it's about time that a contestant spoke on this flaw and echoed the opinions that so many of the viewers this season have been thinking.

Alexander caused quite a controversy when he told Ryan Seacrest that he thought "this whole thing is whack." Harry Connick Jr. came right back at him saying that if he thought that were true, then Alexander could go home because Idol was putting a lot of time, effort, and money into having him there. This was totally out of line. Connick Jr. had no right to blast Alexander like that after such an emotional and meaningful moment. Sure, Connick Jr. misunderstood the point that Alexander was making, but he should've waited for the commercial break to voice his opinions. As unneccessary as Connick Jr.'s comments were, though, they allowed Alexander to fully explain his point which is something we all really needed to hear.

Whether Alexander's comments were completely spur of the moment or something he's been thinking about for a while, they are extremely poignant to this season. In the early weeks it seemed as if talented contestants were constantly being sent home and much less talented, but more likable, contestants were staying in their place. It seems as if talent is rarely considered once the vote is in the hands of America, and that's the major flaw in the format of today's singing competitions. This issue has pretty much disappeared now that we're in the Top 7, but that doesn't mean that it's not any less upsetting when a talented contestant is sent home. Alexander may receive some backlash from his comments, but he'll earn double that in support because so many viewers share that opinion — and it's great to finally hear it voiced on the show itself.